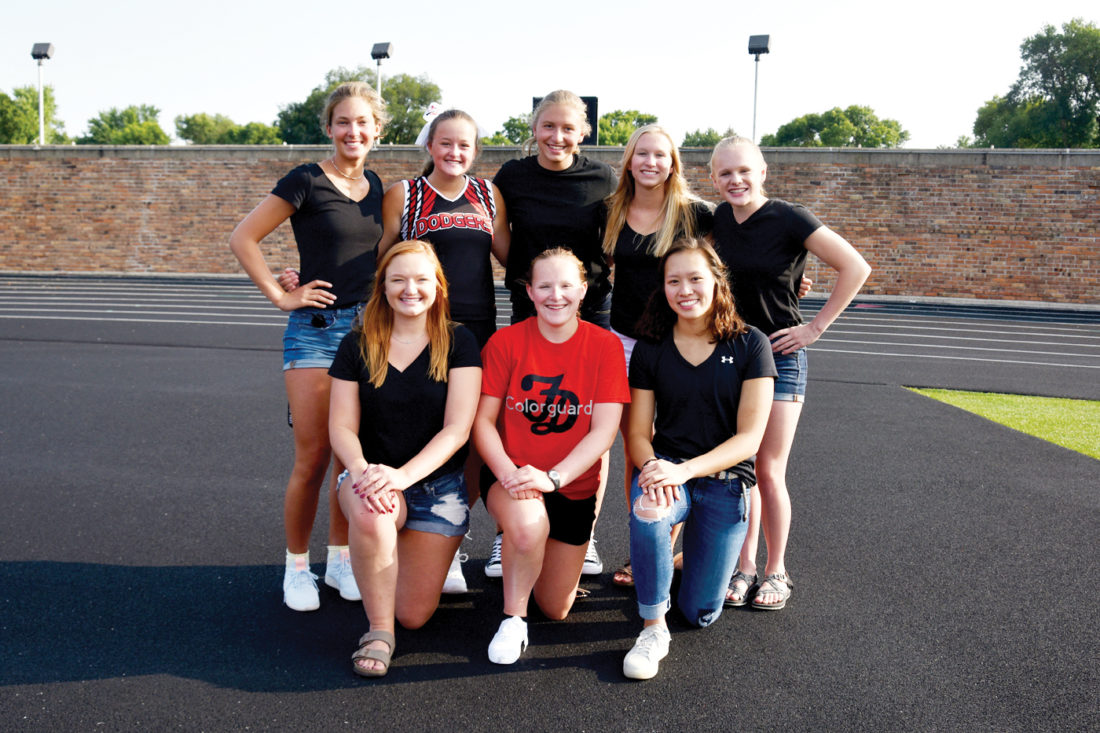 Under most circumstances, losing a Div. I swimmer to graduation would set a program back for the ensuing season.

Fort Dodge girls swim coach Ashley Beaumont understands the challenges of replacing Taylor Hartley, who is now an Iowa Hawkeye team member. Instead of using Hartley’s absence as a reason to label this a transitional season, though, Beaumont and the Dodgers are turning to their village to move forward.

“We have to become more balanced,” Beaumont said. “That’s just the reality of not having Taylor, the way it was the year before when Lehr (Thorson) and Gretta (Leigh) graduated.

“You don’t completely move on from losing great talent and exceptional people, but the cool part is seeing (the underclassmen) mature and grow into their leadership roles. Girls are stepping up in every event, and I think we’re become a more complete team top to bottom. We don’t have to rely as much on the one or two best swimmers (from a given class) to do it all.”

Five of the six state qualifiers from a year ago do return, including individual participant Luanne Xiao out of a talented junior class. Xiao and fellow junior Madigan Peimann participated in the state meet during both their freshman and sophomore campaigns, while junior Elora Fierke, junior Morgan Border and sophomore Grace Hartley made their debuts on the big stage last season.

“Now that they have a year of experience under their belt, the juniors and sophomores are really ready to take charge,” Beaumont said. “Our relays are looking great. Even without Taylor, having Luanne, Madigan, Elora and Morgan back is big and encouraging for our (immediate) future.

“We’re really excited to get started.”

“Emily is really pushing now that she’s back to swimming (after competing on the diving side),” Beaumont said. “And Mackenzie Poland is our captain. She’s the most positive person on the team; very encouraging and a great role model for our younger swimmers.”

Beaumont added that Eagle Grove’s Claire Kienzle and Rylie Steinkamp — both sophomores — are “showing a lot of promise.”

“Rylie is ready and Claire is on a lot of our relays,” Beaumont said. “We have such good leadership and chemistry again; it’s great to see how positive the girls are in supporting each other. We’re coming along, and can’t wait for Tuesday.”

The Dodgers open at home on Tuesday against defending state champion Ames. The Gary Winkler Invitational is Sept. 14 in the FDSH pool.