Dodgers dive into the deep end vs. powerhouse Ames 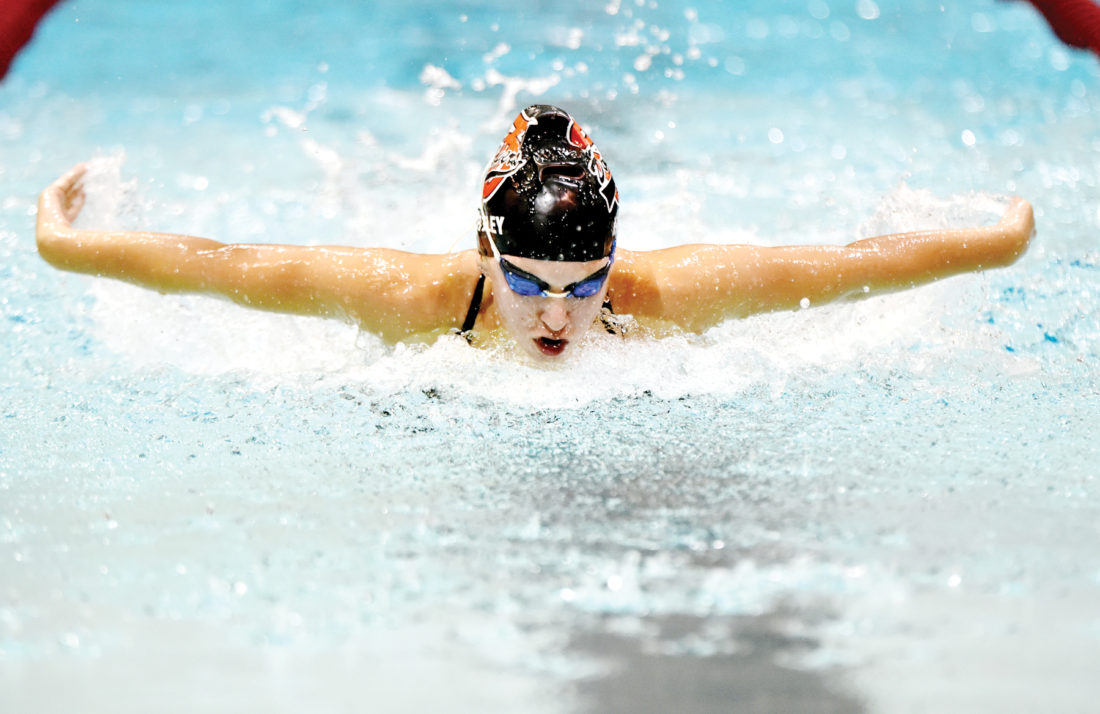 The move to providing swimmers with a state-qualifying time standard for individual events is one met with great approval by Ashley Beaumont.

Iowa elected to make the change beginning this fall, giving swimmers a number to shoot for to make the state meet in November.

“Ames is a great measuring stick,” Beaumont said. “We have so many girls that are already so close to achieving that standard for state. I told them before the meet that I didn’t care about the team score as much as I cared about seeing them in the pool to get an idea of where we can position them in terms of state.

“Our goal in each and every meet will be to get a little bit closer to that state-qualifying time.”

Hartley captured the 500 in 5:27.98, almost four seconds ahead of Sophie McCorkle. She is just over eight seconds off the qualifying standard.

“That was a great performance by Grace,” Beaumont said. “We had a lot of great swims from returning girls to new ones. I’m just very excited for the year.”

“Elora is less than three seconds from the standard and Madigan dropped more time from her 50 from our scrimmage last week,” Beaumont said. “Luanne (Xiao) is close in the 100, and Rylie (Steinkamp) is only about five seconds off in the 100 fly.

“We started lifting this week and the girls are sore, so for them to be so close to those times, that’s a great thing right now.”

Beaumont also pointed out that performance of Claire Kienzle, saying “Claire had never swam an ‘A’ relay for us, but she swam two and kept us in contention in both.”

For the Little Cyclones, three defending state individual champs were in action. Jayna Misra, won captured the diving title last year, scored 352.55 points to win the event. Amy Feddersen, a champ in the 100 free as a junior, won both the 200 IM and 100 fly, and defending 100 breaststroke champion Molly Winer won the 50 free.

The qualifying standard is for individual events only, as relays will be filled by regional champions and the next 26-fastest times. Same rules apply for diving state qualifiers.

Times for reaching state status are from the average of the 16th-place state finisher from the last five meets in each event.

“It gives girls more of a chance expanding from 24 qualifiers to 32,” Beaumont said. “The girls that swim club, they are used to this and excited because it takes the pressure off that one day to make state.”

Fort Dodge returns to action next Tuesday at Marshalltown.