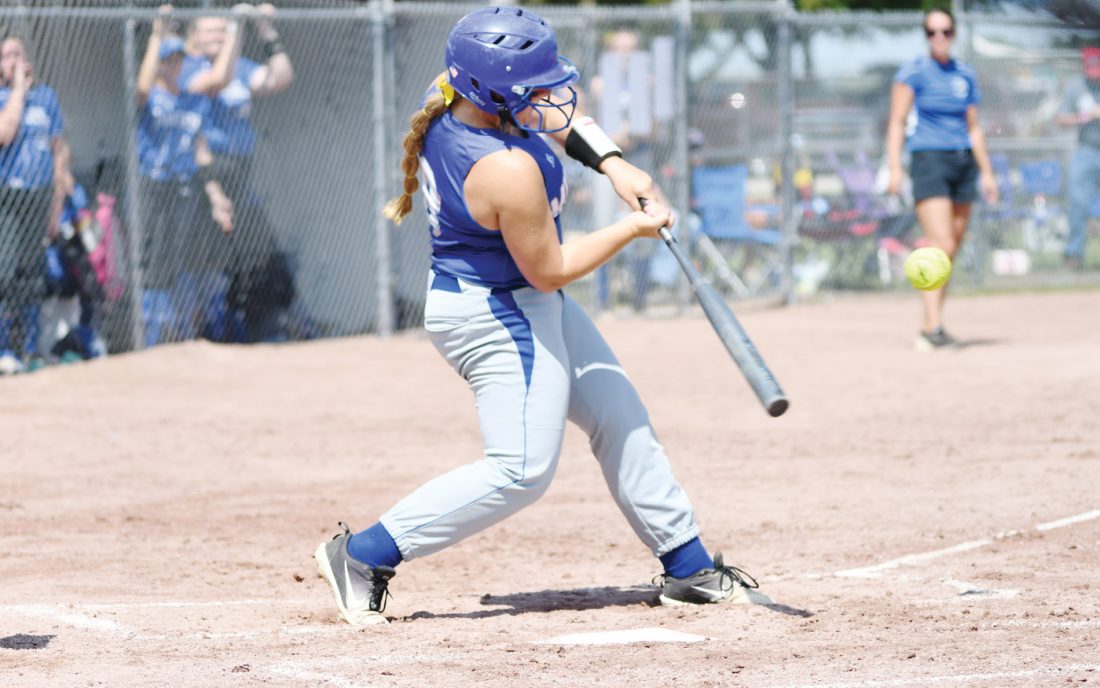 Messenger photo by Britt Kudla Anna Bellcock of Newell-Fonda connects for a single against Collins-Maxwell during a Class 1A semifinal on Wednesday at Rogers Park. For more photos, please visit CU.messengernews.net

Collins-Maxwell ace Mikayla Houge doesn’t need much offense, but her Spartan teammates gave her plenty of support anyway in the Class 1A semifinal round on Wednesday at Rogers Park.

Houge, a junior who has committed to the University of Virginia, tossed a two-hitter with 13 strikeouts as the defending state champs defeated Newell-Fonda, 9-1, on Krueger Seeds Field.

Houge, now 26-1, came into the tournament with a miniscule 0.26 ERA. And though she allowed a team to score for the first time in the past two state tournaments, it didn’t matter much as C-M (27-1) banged out 11 hits.

“When she gets a lead, she isn’t going to give up much,” said C-M coach Troy Houge. “If we put up even three, we’ll be tough to beat. Scoring nine was even better.”

Houge didn’t allow a run during last summer’s state tournament. In fact, the Spartans have given up just 10 runs total all season long.

Collins-Maxwell beat Newell-Fonda in the first round of state last year.

“I was hoping we could put the ball in play,” said Newell-Fonda coach Courtney Darrow, a Fort Dodge Senior High graduate. “We just couldn’t afford to strike out as much as we did. She pitches so well.

“We were guessing on a few pitches up there.”

Darrow is coaching in the state tournament as a head coach for the first time. She has been an assistant at state for the Mustangs after a playing career with the Dodgers.

Collins-Maxwell will meet Clarksville in the 1A championship at 6 p.m. on Thursday on the Kruger Seeds Field. Newell-Fonda (38-6) squares off with Lisbon in the third-place game at 5 p.m. on the Iowa Central Field.

“This is a new team and a new year. Our goal has been to win a title for this team,” said Coach Houge. “We’ve had such a great attitude. The girls are just so loose and are out here having fun.

“I just have to set the lineup and tell them when it’s time to play.”

The Spartans got all the runs they would need after two innings. Hannah Caple made it 1-0 with an RBI single in the first then Trinity Stover had an RBI groundout in the second.

Houge helped her own cause with a lead-off homer to start a two-run third inning. The Spartans scored runs in the first five innings.

“Mikayla kind of set the tone in the first inning when she struck out the side,” said Coach Houge. “Then we picked up a run in the first, which got us going. It was just a great team effort.”

Alexis Houge had three hits from the lead-off spot for Collins-Maxwell. Mikayla Houge and Brailyn Tankersley had two hits each.

In last year’s state tournament opener, Houge had 14 strikeouts against the Mustangs in a 5-0 win.

Newell-Fonda didn’t get a hit until Olivia Larsen reached on a bunt single in the sixth.

The Mustangs, who won a 1A state basketball title this past winter, got their only run in the top of the seventh when Ella Larsen ripped a solo home run over the fence in right.

It was her fifth home run of the season. 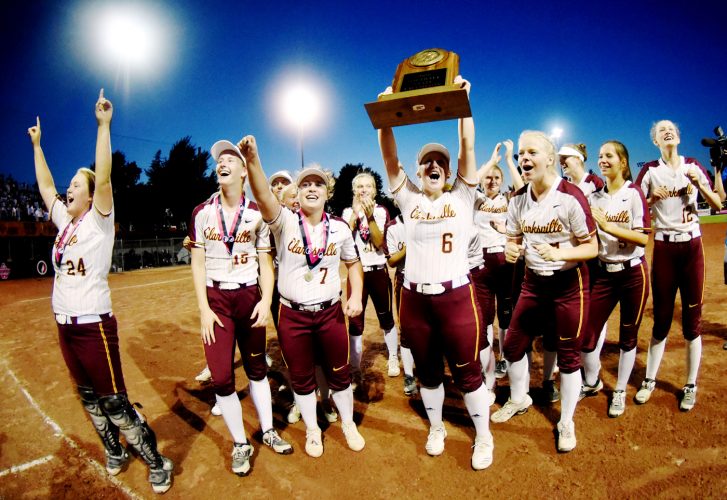 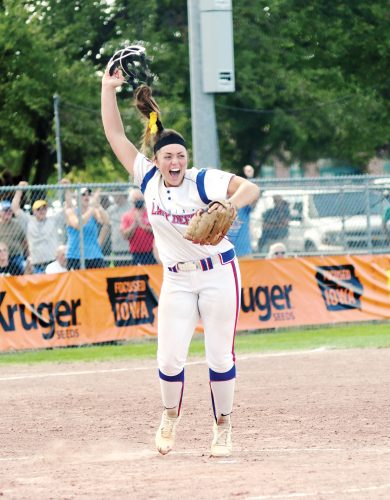 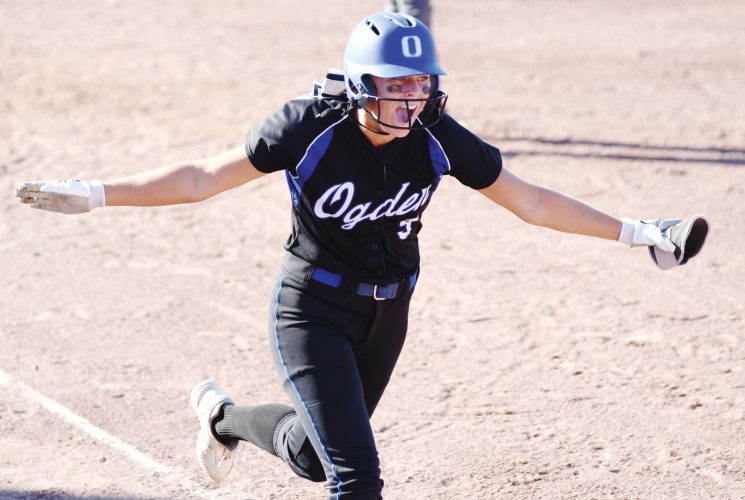 After losing to Winterset in the Class 4A semifinals, sixth-seed Dallas Center-Grimes knocked off fourth-seed North ...

After suffering a loss to top-ranked Fort Dodge in the Class 5A state semifinals, fifth-seed Ankeny Centennial ...