-Messenger photo by Chad Thompson
Ed Shimkat Jr., co-owner of Shimkat Motor Co., is all smiles in the dealership’s showroom. 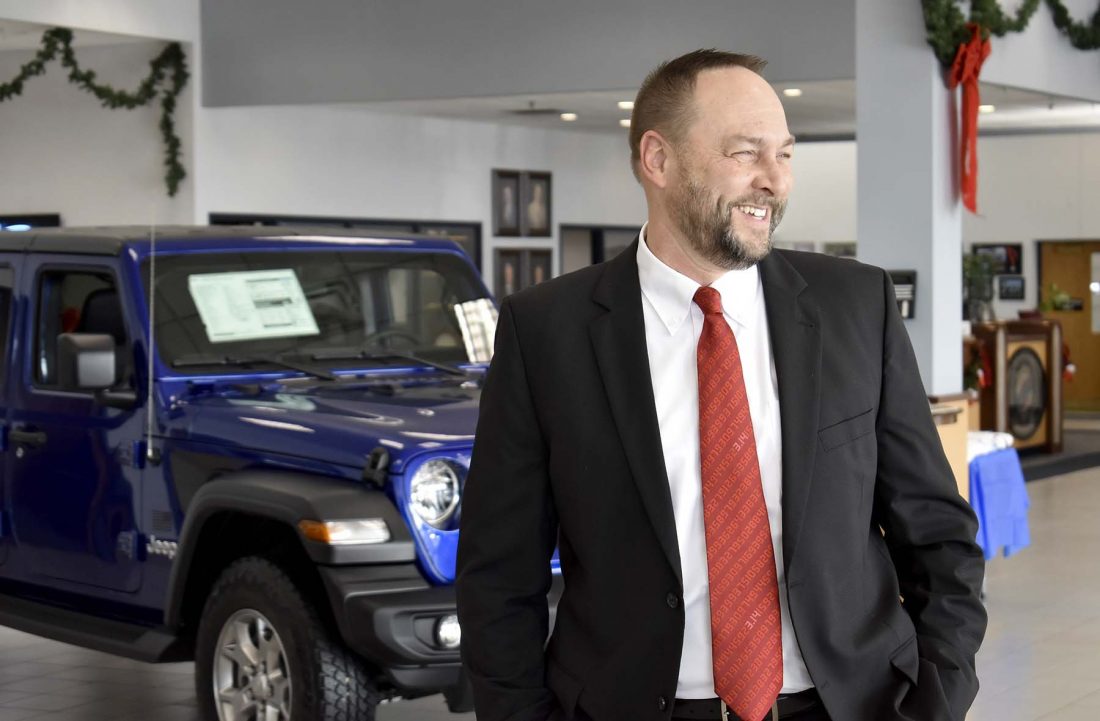 -Messenger photo by Chad Thompson
Ed Shimkat Jr., co-owner of Shimkat Motor Co., is all smiles in the dealership’s showroom.

Although Bruce and Ed Shimkat have retired as owners of Shimkat Motor Co. — the longtime Fort Dodge car dealership — they are still very much a part of how the business operates, according to current owners Ed Shimkat Jr. and Bill Shimkat.

“It’s nice to have them to bounce ideas off of,” Ed Shimkat Jr. said.

TJ Pingel is the general manager. And he accepted that role around the same time as Bruce Shimkat’s retirement. Pingel has been with Shimkat for six years.

Ed Shimkat Jr. and Bill Shimkat, nephews of Bruce Shimkat and current owners, said some of their duties have shifted with their uncle’s retirement. 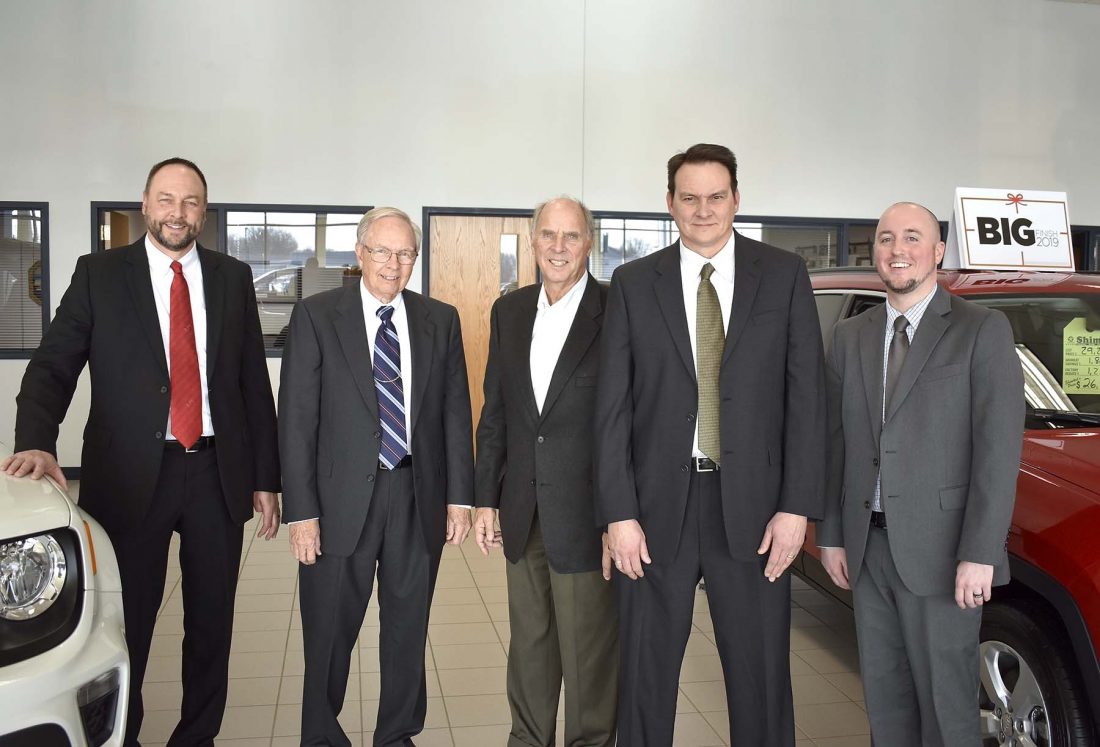 “The only real change is Bill and I have more duties than we used to,” Ed Shimkat Jr. said.

Those duties include bookkeeping and managing inventory.

For the Shimkat family, each of them have grown up around the car business.

“We all grew up sweeping floors and washing cars,” Ed Shimkat, who joined the company in 1966, said. 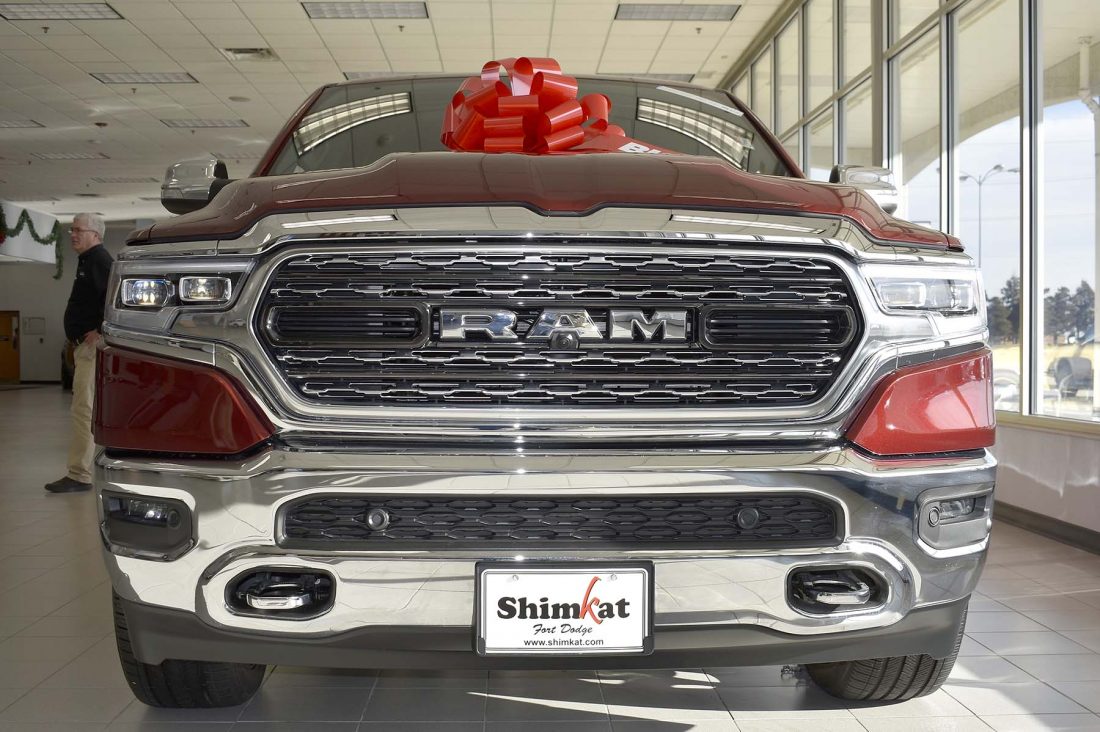 “We were all here (at a dealership) as little kids,” added Bruce Shimkat, who joined in 1974.

Both Bruce Shimkat and Ed Shimkat worked in the body shop and parts department at one time.

“We have done about everything there is to do in the auto business,” Ed Shimkat Jr., said of the family.

And for Ed Shimkat Jr., that includes accidentally damaging a brand new car.

“I was 16 years old,” Ed Shimkat Jr. recalled. “Backing a brand new car up. The door swung open and caught my grandpa’s Chrysler demo. I had to walk up there to my father’s office and he had to tell grandpa. That was my worst day in the business, and I had just got my driver’s license.”

Brighter days would be ahead as now Ed Shimkat Jr. said every day at the dealership is fun.

“This is our third location,” Ed Shimkat Jr. said. “It was either move out here or wind up dying, so we moved out here.”

The current facility is three times the size of the old one, he said.

Doing business in Fort Dodge has been a pleasure for the family.

“Fort Dodge is great,” Ed Shimkat Jr. said. “We have grown up here. It’s a bigger town, but has a small-town feel.”

Ed Shimkat Jr. said he recently reconnected with a customer at a local grocery store.

Bill Shimkat added, “We get customers who are third and fourth generation customers.”

Ed Shimkat Jr. attributed much of the company’s success to its employees.

“We have great employees, and without their help we wouldn’t be here,” Ed Shimkat Jr. said.

Brian Dencklau, the service manager at Shimkat, has been with the company for over 50 years.

Pingel, although not a Shimkat family member, said he’s felt like one since he was hired.

He moved to Fort Dodge about 10 years ago and was the advertising manager at The Messenger before accepting a position with Shimkat.

“They treat all their employees like family,” Pingel said. “I can’t think of anywhere else I would want to be.”

Shimkat has between 150 and 200 new and used cars at the dealership.

Pingel said the Cherokee and Ram 1500 are Shimkat’s top-selling vehicles.

“We have specialists that understand the farming community and can help get them the right vehicles they need,” Pingel said.

Helping someone find a vehicle that they need or that suits them is a highlight, Pingel said.

“We had this lady who had been trying to get a car for months, and we were able to help her get a loan and get a new car,” Pingel said. “She started to cry just because she was so happy that she would have a car to get her kids to school.”

Pingel added, “Transportation is so important. To help people like that is why we are here.”

“Some of my best memories are of my grandpa and great-uncle George,” Bill Shimkat said. “Most of my memories of my grandfather center around the business.”

Ed Shimkat Jr. added, “Our grandfather set the culture in this business because of the work ethic that he had and instilled in dad and Bruce.”

Bill Shimkat said George Shimkat used to say, “The difficult things we will do today, the impossible we will do tomorrow.” 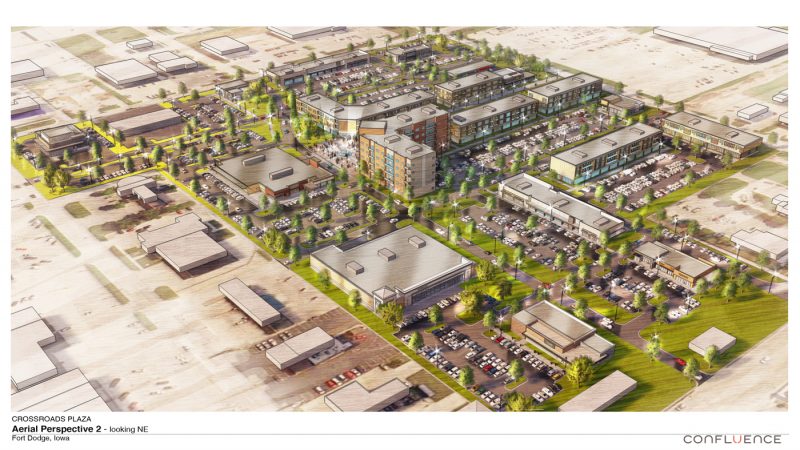 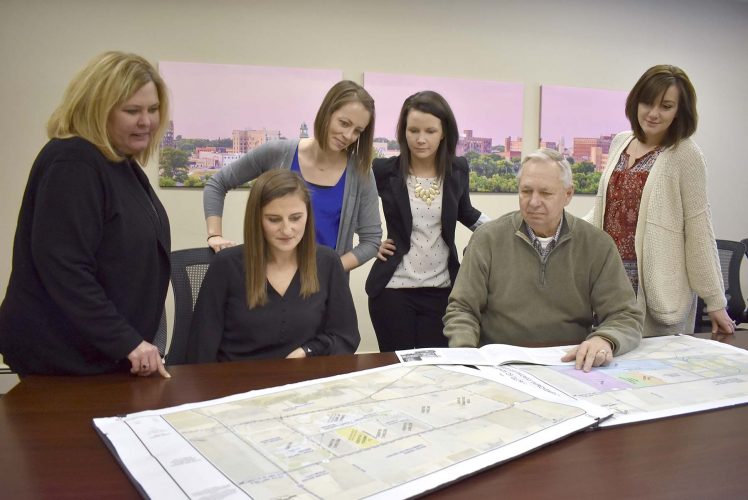 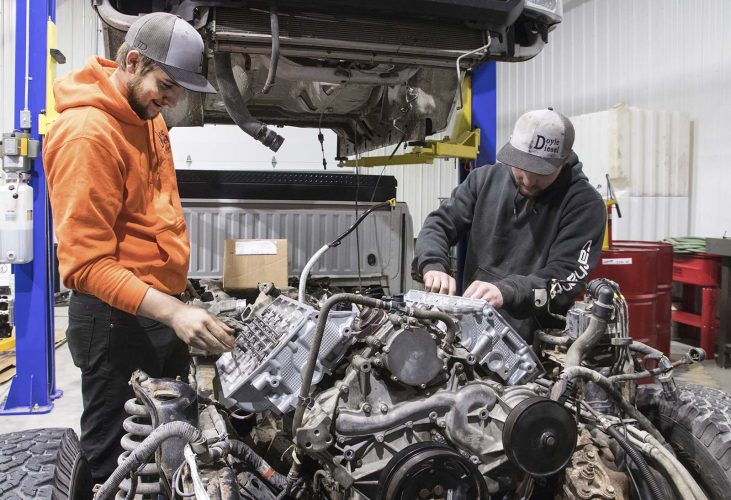 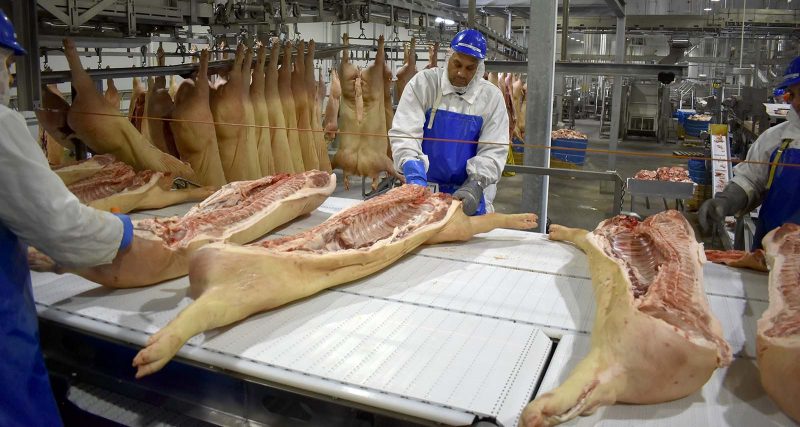 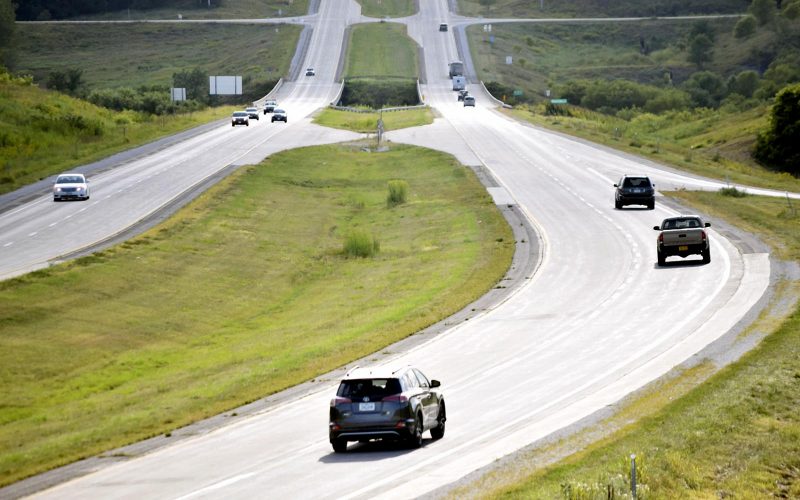 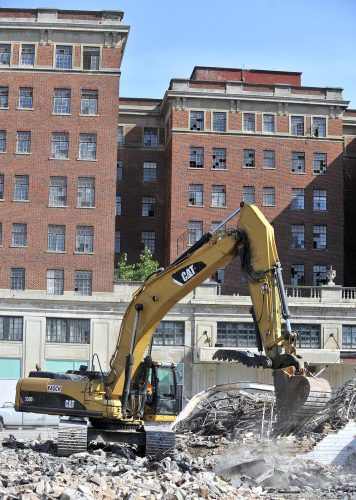