-Messenger photo by Hans Madsen
Marian Home activities and housing director Marsha Foster makes sure the curtains are working just right in one of the newly renovated rooms. 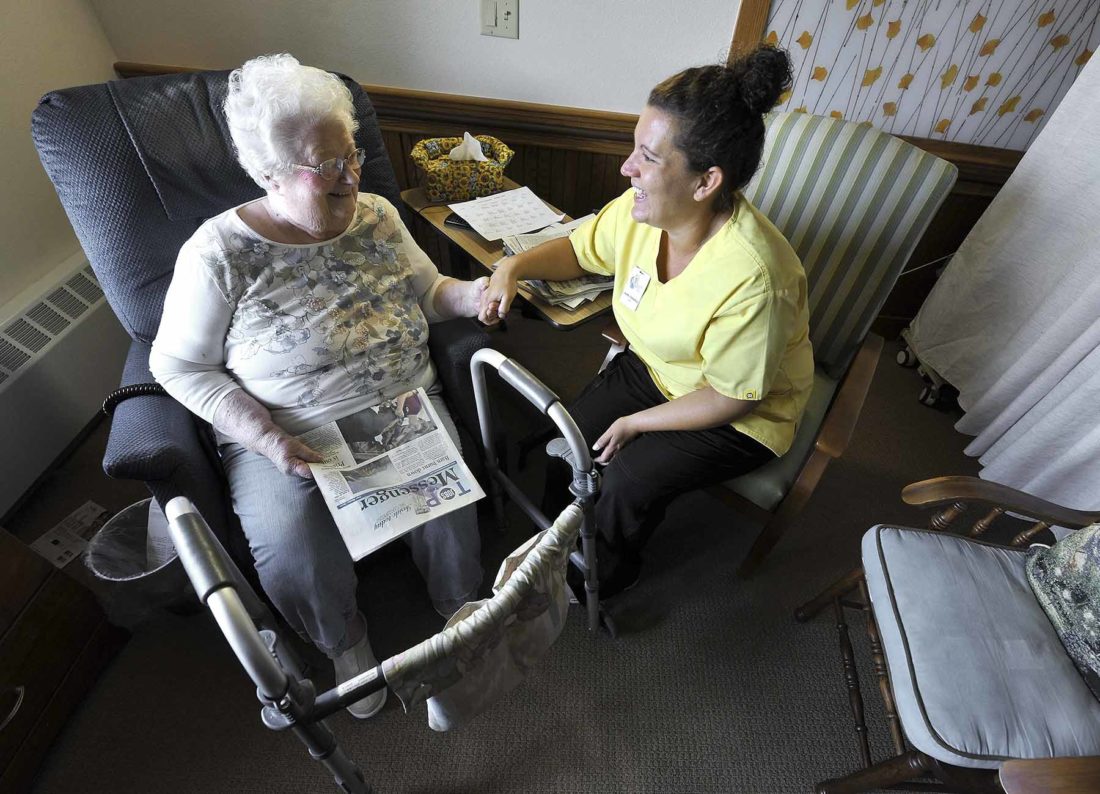 As 2018 begins, the Marian Home, 2400 Sixth Ave. N, is looking mighty fine. A nearly $14 million renovation and expansion has made the facility fully state-of-the-art.

The licensed intermediate care and skilled nursing facility has been serving the community for more than four decades. Massive changes have made it ready to address evolving needs in a rapidly changing health care world.

Eric Halverson, who has been the Marian Home’s executive director since 2009, said planning for the project began about a year after he took the helm at the Marian Home and the adjacent Marian Village, which offers independent living options for seniors. He said it was quickly determined that major modifications in the nature of the living arrangements for residents had to be at the heart of the re-imagining of the Marian Home.

It was decided to expand and completely reconstruct the nursing home. That had to be accomplished while it continued to serve the community. Consequently, what was a truly enormous undertaking was accomplished in phases.

Before the project began, the nursing home housed residents in four wings. Phase one of the project was the addition of a completely new section. That work began in August 2015. 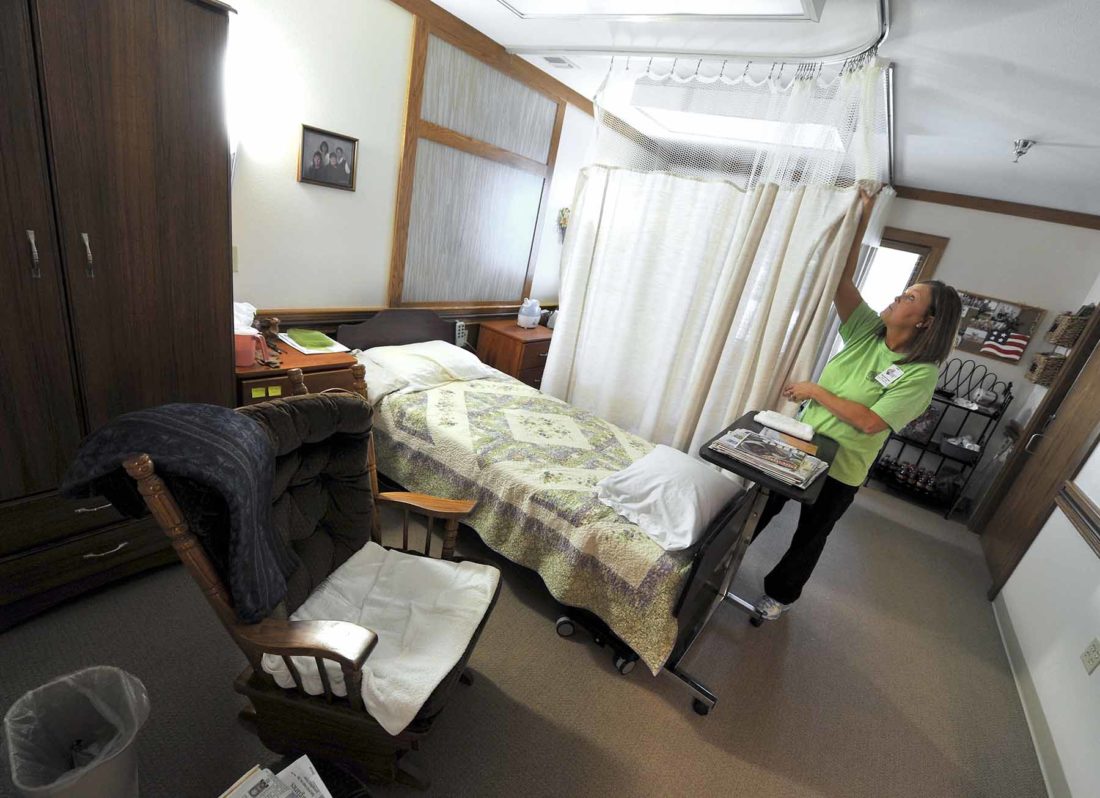 -Messenger photo by Hans Madsen
Marian Home activities and housing director Marsha Foster makes sure the curtains are working just right in one of the newly renovated rooms.

“We created a new wing, which was brand-new construction of 19 single rooms with its own dining area with a patio area,” Halverson said. “We didn’t want it to be simple and plain. It has earth-tone colors. It is warm and inviting with plenty of light and big windows. Each room has individual heating and cooling controls. That will be true throughout the building.”

As part of that first construction phase, new administrative offices also were built as was a new chapel.

“Our chapel can accommodate over 100 parishioners,” Halverson said. “It is triple what we had before. The Holy Trinity Parish and the diocese allow non-Catholic services to be conducted there for our residents who are non-Catholic. This is very nice and has worked out really well.”

The new wing opened in August 2016. The subsequent phases involved renovating the four wings and public areas of the original building. That work began in the late summer of 2016.

“We had four existing resident wings,” Halverson said. “We took one of those and began to renovate that. That took approximately four to six months. Once that was completed then we took another wing.” 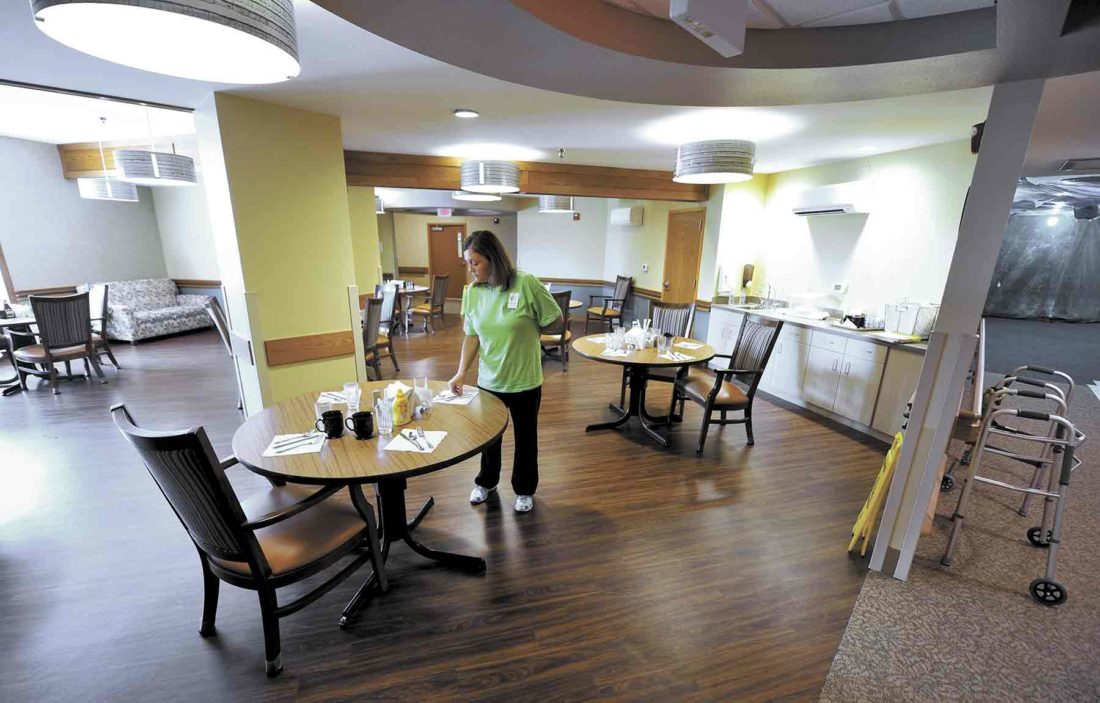 The phasing concept was crucial to the renovation process because it allowed the nursing home to operate without interruption.

At the project’s conclusion there are five resident wings of the Marian Home that Halvorson said will be referred to as neighborhoods.

In addition to renovating the rooms for residents there have been additional enhancements to the Marian Home. 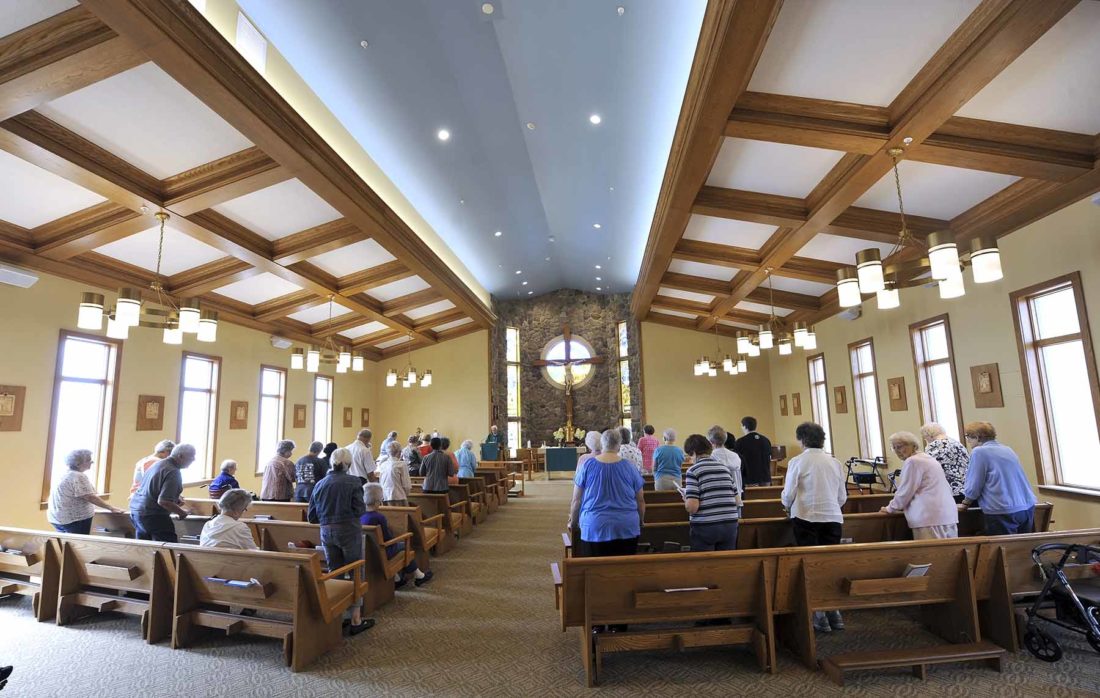 The dining areas were redesigned. There are now more dining spaces, each serving fewer residents. Halvorson said each dining space serves 20 to 22 people. The kitchens were also reworked. In addition to a main kitchen, there are three satellite serving kitchens.

The nursing home has long provided physical, occupational and speech therapy. The facilities for those important components of care have been greatly expanded.

There is, however, more to the therapy clinic story.

“We have approval to do outpatient therapy,” Halverson said. “Any individual who has had any experience with the Marian Home, can come back here for outpatient therapy. They can continue therapy with us while they are living at home. It gives them familiarity with the therapist — that trust, that bond that was established with the inpatient experience.”

The outpatient therapy clinic also will be available to people who have never been patients at the Marian Home.

“Anyone who has not had anything to do with us who has a hip issue, shoulder issue, knee issue — any type of physical or occupational or speech therapy that they would have gone somewhere in the community for, they now have a choice to come here,” Halverson said.

The renovation is producing two other major enhancements. Two newly created common areas can be used as function rooms. These large rooms are intended to be available for use by families, schools, community groups and others Halverson said.

Superb physical facilities are important, but the Marian Home offers a great deal more. The spiritual environment and a commitment to high quality care are what truly set it apart.

“First and foremost is our faith,” Halverson said. “I believe our daily Mass with retired priests or some of the practicing priests sets us apart from anybody else. Nobody else offers that. Equal to our faith is our skilled program for short-term stays. In addition to the skilled nursing, we have physical, occupational and speech therapists on-site who are our therapists. They have that bond with the resident in their approach to them and how they get to know each resident.”

Catholics will find the spiritual dimension that the Marian Home provides especially attractive. Halverson stressed, however, that people of all faiths are welcome and will not find the faith services the Marian Home offers in any way intrusive. There is no pressure for residents to participate in the readily available religious services.

“We have established ourselves as a quality of care provider in this community that allows anybody of any faith to come here for care,” he said.

The Marian Home, Marian Village and Marian Home Foundation are all owned by the Catholic Diocese of Sioux City. There is a seven-person board of directors. It includes six members drawn from the local community and a representative of the diocese.

Adjacent and physically connected to the Marian Home is the Marian Village. It offers independent living accommodations for seniors. While it was not renovated as part of the current Marian Home project, Halverson said it has also undergone many enhancements in recent years. 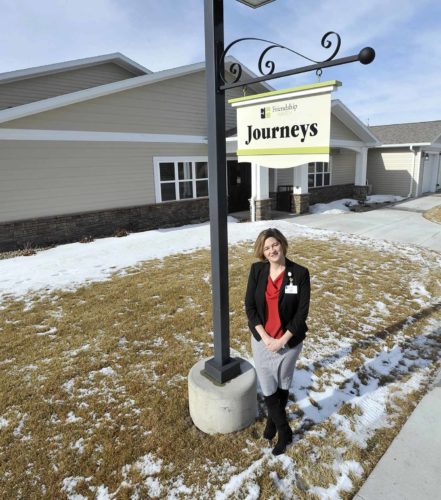 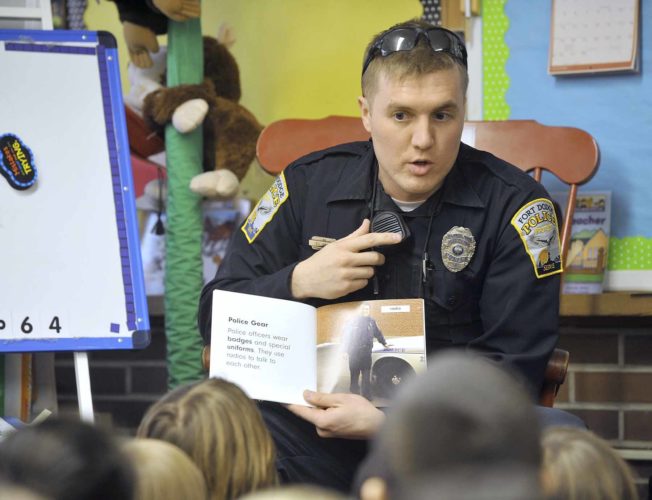 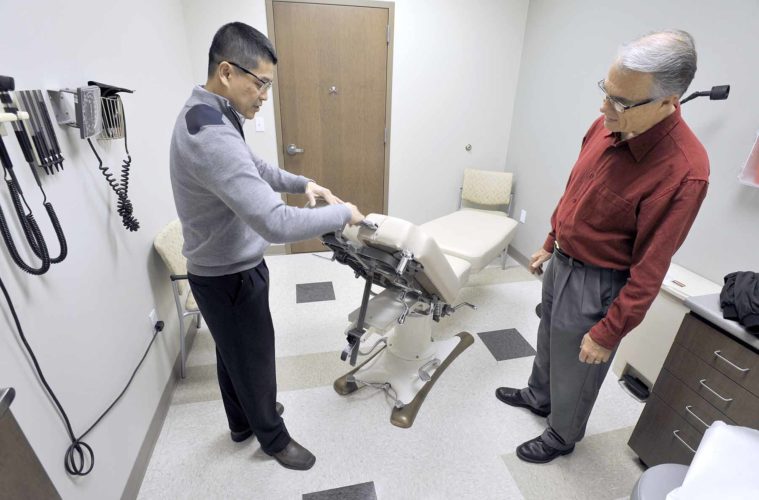 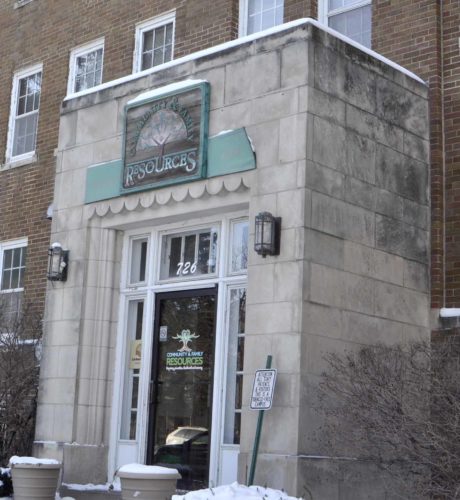 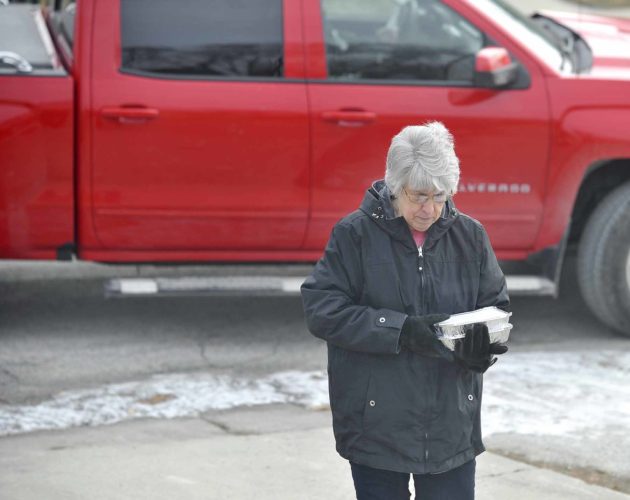 Meals on Wheels: A welcome return 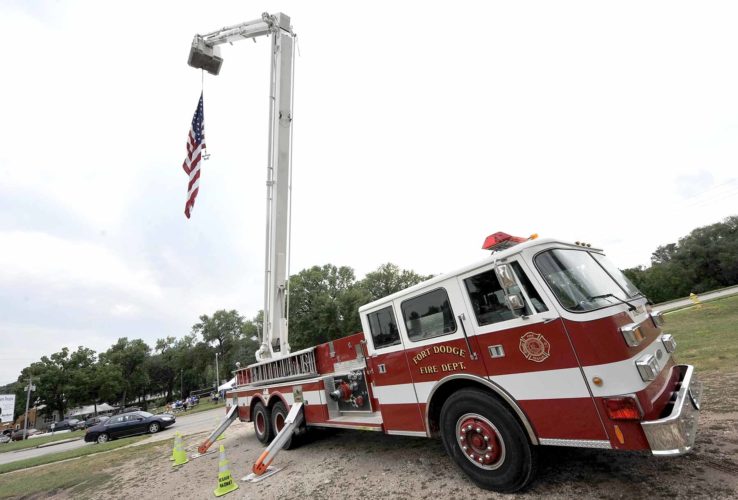