-Submitted photo
REG in Ralston received a $32 million upgrade in 2017 and produces biodiesel for customers in 70 locations nationwide. 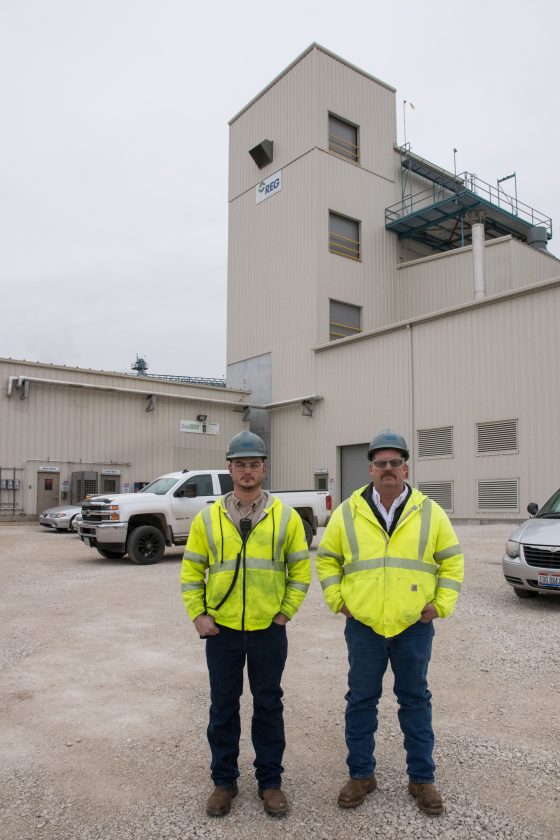 RALSTON — It’s one thing to use biodiesel in an individual farmer’s fleet of farm equipment and trucks. It’s another to use it in a massive fleet of vehicles.

For Des Moines-based Ruan Transportation, the decision to use biodiesel from the Iowa-based Renewable Energy Group (REG), LLC was simple.

“It’s well known that transportation is one of the largest contributors to emissions in the country,” said Steve Larsen, director of procurement and fuel for Ruan Transportation, which has approximately 4,000 semi-tractors and 9,500 trailers that travel roughly 350 million miles in 48 states per year. “If we can improve our performance in a manner that can help that problem, we’re glad to do so.”

Founded in 1932, Ruan started using REG’s biodiesel in large volumes around 2016. The trucking firm runs its fleet on biodiesel blends of up to B20 (20 percent biodiesel) and has seen no decline in performance. 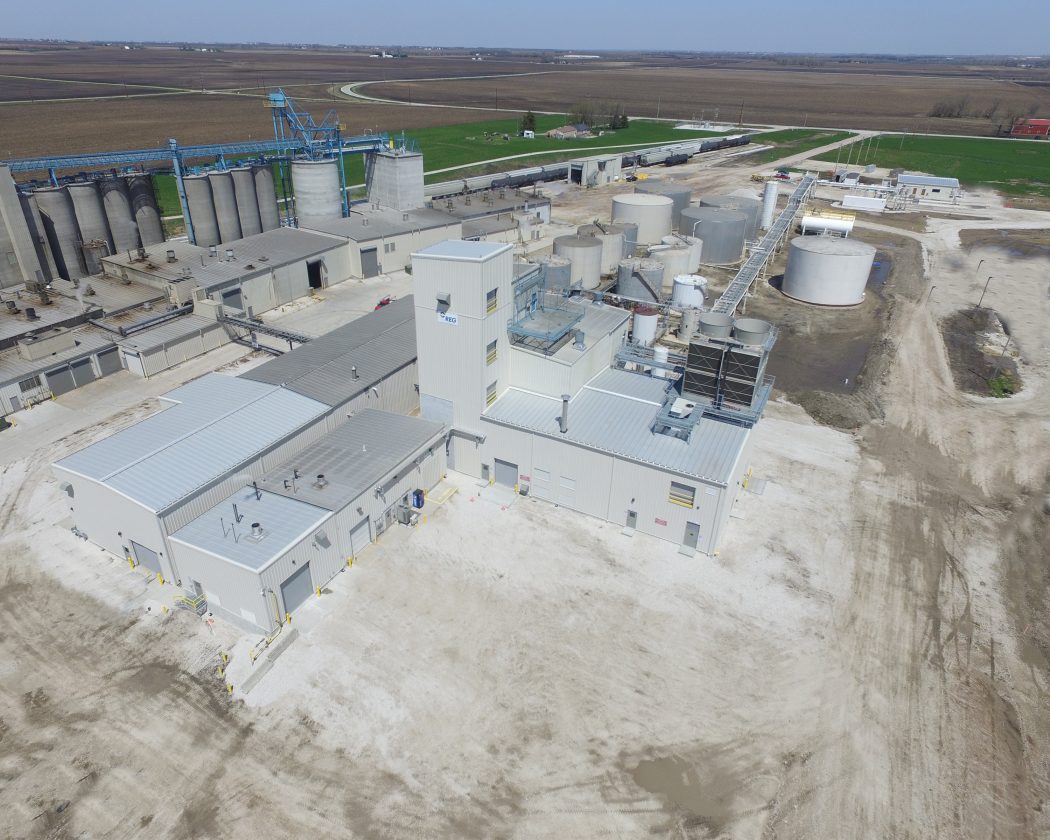 -Submitted photo
REG in Ralston received a $32 million upgrade in 2017 and produces biodiesel for customers in 70 locations nationwide.

“Biodiesel is a mainstream fuel,” said Larsen. “I’m more surprised when I hear people are running vehicles without biodiesel.”

Plants like REG Ralston help supply biodiesel for Ruan. Biodiesel has played a key role in the local economy and beyond for more than 20 years, and the plant continues to evolve to meet new challenges.

“The world is demanding sustainability solutions,” said Bill Ritchie, plant manager of REG Ralston. “Our biodiesel is part of the answer, plus it adds value to Iowa’s soybean crop and the state’s rural communities.”

REG Ralston started from humble beginnings in 1996 with farmer-owned West Central Cooperative. The co-op had an abundance of soy oil after producing value-added feed and nutrition products for the dairy industry. West Central built a plant to process soybean oil into methyl esters, which could be used in barbecue grill cleaners, graffiti remover and more.

By 1998, the Ralston plant expanded into SoyPower biodiesel, thanks to an upgrade at the facility.

“There was some really innovative thinking around soy oil, which was only worth pennies on the dollar back then,” said Ritchie, who has worked at REG Ralston for 13 years.

By 2003, REG formed within West Central to grow the biodiesel business. The company was spun off as its own business entity by 2006 and became a publicly-traded company by 2012. Within a few years, REG Ralston upgraded from a 12 million gallon, continuous-flow plant to a 30 million gallon plant, the same size as REG’s two other Iowa biodiesel plants, Newton and Mason City.

Following the completion of the $32 million plant upgrade in 2017, the REG Ralston plant:

While some REG plants can use multiple feedstocks like cooking oil, animal fats or corn oil, the REG Ralston plant is unique in that it is directly connected by a pipeline to Landus Cooperative’s soybean crush plant nearby.

“It takes about 18 hours from the time the soy oil from the crush plant is converted to biodiesel here,” said Seth Johnson, REG Ralston’s operations supervisor.

Thanks to the contributions of REG Ralston, REG is the largest biodiesel producer in Iowa. The company is also major competitor in the international market, with 13 biomass-based diesel production plants in North America and Germany with a total capacity of 575 million gallons per year.

“Cleaner emissions are huge in the mining industry,” Ritchie said. “Some of our major customers operate limestone mines, for example, where equipment is operating underground and the air has to be circulated through the mines.”

Biodiesel sales from REG Ralston and the company as a whole remain strong. The company is growing by focusing on fleets.

“We help these companies optimize their use of renewable fuels,” Ritchie said.

“Ruan has reduced GHG emissions by more than 2,100 metric tons since we started doing business with REG,” Larsen said. “It’s a real advantage to get that kind of information that we don’t have to try to figure out ourselves.”

This data is also important to a growing number of Ruan’s clients, since many have their own sustainability goals and emissions reduction goals.

“We’re happy to help support these goals and be a cleaner supplier,” Larsen said. “If you’re looking for emissions benefits and cost savings, without having to do any other infrastructure change, biodiesel can be used immediately, with any fleet.”

“I like working in the biodiesel business, because it means cleaner emissions and opportunities that add more value to farmers’ grain and livestock operations. It’s a great industry with an exciting future,” he said.