-Photo courtesy of Mary Sailer
Iowa State University boasts some of the largest training programs in the world for meat processing through the ISU Meats Lab. 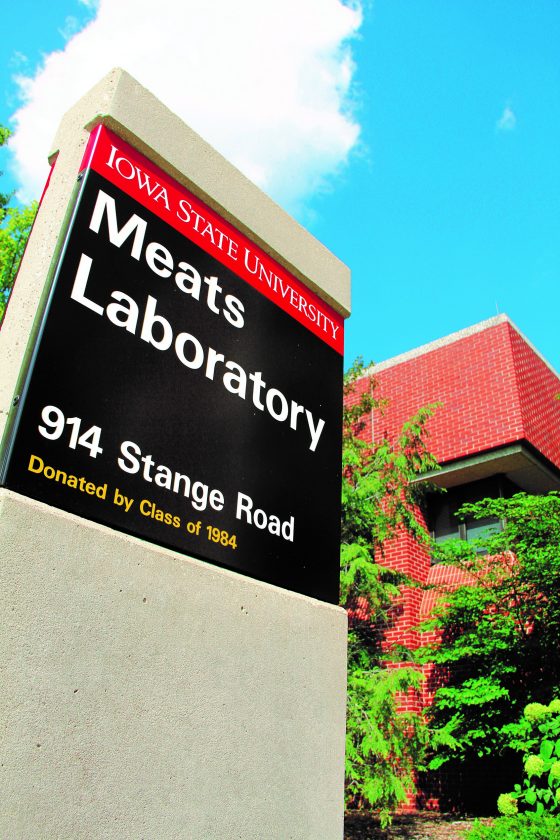 -Photo courtesy of Mary Sailer
Iowa State University boasts some of the largest training programs in the world for meat processing through the ISU Meats Lab.

AMES — Ever wonder why a meat locker is called a “locker?”

“The first home freezers, known as deep freezers, appeared during the 1940s but did not go into mass production until after World War II,” said Dr. Joe Cordray, an Iowa State University Extension meat specialist and professor in charge of the university’s Meat Laboratory. “Before home freezers became common, meat lockers were places where you could rent freezer space to store meat, vegetables from your garden or other frozen foods.”

Across Iowa, many small meat plants came into existence in the late 1800s and early 1900s, back when another big business — ice cutting from rivers and lakes in the winter — provided the means to keep food frozen.

“In those days, people didn’t have the transportation networks or food distribution systems like we do now,” Cordray said. “That’s why there used to be a small meat locker plant in nearly every small town.”

Renting space at a meat locker in town was not only practical, but often more affordable than owning a home deep freeze. In 1955, for example, the largest Coldspot chest freezer boasted 20 cubic feet of storage and the capacity to hold 700 pounds of food. It was advertised for farm use and for large families and sold for $409.50, Cordray noted. 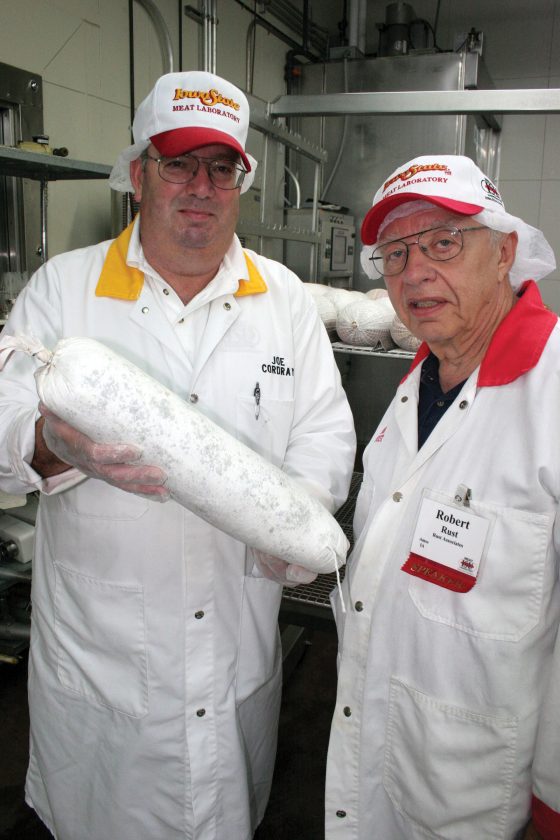 Not only have affordable meat storage methods improved since then, but so has the science of meat processing. ISU remains a leader in the meat industry, providing ongoing training and support for meat processors across Iowa and beyond.

Today, ISU boasts some of the largest training programs in the world for meat processing, said Cordray, a Charles City native and ISU graduate.

“We offer some type of course about every other week, including training programs around Iowa,” said Cordray, who helped coordinate ISU’s celebration of 100 years of meat science on campus in November. “We want to foster lifelong learning, as well as the advancement of ISU’s mission to provide science and practices that deliver high quality, safe, nutritious meat to the world.”

Rural roots grow into a century of influence

Meat science education at Iowa State began to take shape in the early part of the 20th century, back when farm families butchered livestock for home use. Meat demonstrations held at Iowa State College were conducted annually from 1901 to 1925 by “Uncle” John Gosling for the winter Farm and Home short course.

“Before the days of mechanical freezing, Iowa State meat scientists helped establish meat circles,” Cordray said. “These circles would include 12 participants from a local area. Every month, a member of the circle would contribute beef, pork or a sheep for processing, so everyone in the circle would get meat that could be eaten fresh, canned or salt cured.”

By September 1916, construction began on campus for a new animal husbandry laboratory. When it was completed in December 1917, the $60,000 building (equivalent to more than $1.4 million today) was named the Meats Laboratory and included a judging arena, meat demonstration facilities, slaughter floor, and coolers. This cathedral-like structure, which is now the Iowa Farm Bureau Pavilion, made Iowa State College the second land grant institution in the nation to have a meat laboratory on campus.

The new facility helped attract M. D. Helser, who joined the Iowa State College faculty in 1916 and established the meat science program in 1917. Approximately 14 students enrolled in his new animal husbandry/farm meats class, which covered the harvesting, cutting, and curing of farm meats.

“This class helped students learn how to make the most of the meat they produced on the farm,” Cordray said.

By the 1920s, Helser also developed and taught the first meats judging team at Iowa State College. More students learned about meat science when another meats class was added in the 1920-1921 school year for senior home economic students, followed by a meats class in 1926 for veterinary students.

By 1959, when Iowa State College became Iowa State University, it became the first university to have a full-time meat Extension appointment with the hiring of Professor Robert Rust. At this time, Cordray said Extension services dealt mainly with home butchering, fabrication and quantity barbecues.

And by the early 1960s, carcass evaluation was becoming an important field in meat science. ISU started a meat display trailer that was hauled to county fairs and various events to show the different cuts that came from a carcass. ISU Extension staff and professors also began addressing technical questions for a developing industry ready to embrace science.

“These foundations led to asking the in-depth questions of muscle metabolism, muscle structure and animal growth,” according to ISU’s brochure “1918-2018: 100 Years of Meat Science.”

By the early 1970s, it was clear that the aging meats laboratory on campus, which was the oldest operational meat laboratory in the country, could no longer serve its purpose effectively. So in 1978, the college completed its new $3.9 million Meats Laboratory.

Thanks to the new facility, ISU meat science instructors were able to hold their own short courses here, complete with hands-on demonstrations. In the summer of 1979, ISU held its first Sausage and Processed Meats short course, increasing the training from a two-and-a-half day program to a one-week activity.

No university had ever attempted a week-long course like this, Cordray said, but it ended up being successful.

Forty years later, this popular training program at the federally-inspected ISU Meats Laboratory has become one of the world’s most impactful short courses focused on processed meats, according to the university.

“This is also the longest-running course of its type in the nation,” Cordray said.

“Our goal is for attendees to have a good educational experience and also have fun,” Cordray said.

A Basic Sausage short course on campus in January attracted 61 participants from 16 different states, as well as Canada and Venezuela.

“One of our strengths is the network we establish for people within the meat industry,” Cordray said.

It’s an especially exciting time for Iowa’s lockers, he added, noting that there are roughly 245 meat plants in Iowa, with approximately 130 of them being smaller, local meat lockers.

“The opportunity for small meat processors has never been greater than now, thanks to the tremendous interest in local foods,” he said. “Local meat plants are an important part of our smaller communities around the state.”

“It’s an exciting industry,” Cordray said. “Through it all, one thing has remained constant; a desire to serve the people of Iowa, our nation and our world in a manner that’s loyal to ISU’s land grant mission. It has always been about people.”