-Submitted photo
Quad County Corn Processors located near Galva started operation in 2002. According to Chad Hart, ag economist with Iowa State University, over the course of the past 15 years, the state of Iowa has seen a growth of more than 40 ethanol plants.

Monte Shaw, director of the Iowa Renewable Fuels Association recently spoke at the association’s summit. According to Shaw, there is an estimated 10,000 families that are directly invested in locally owned ethanol plants. 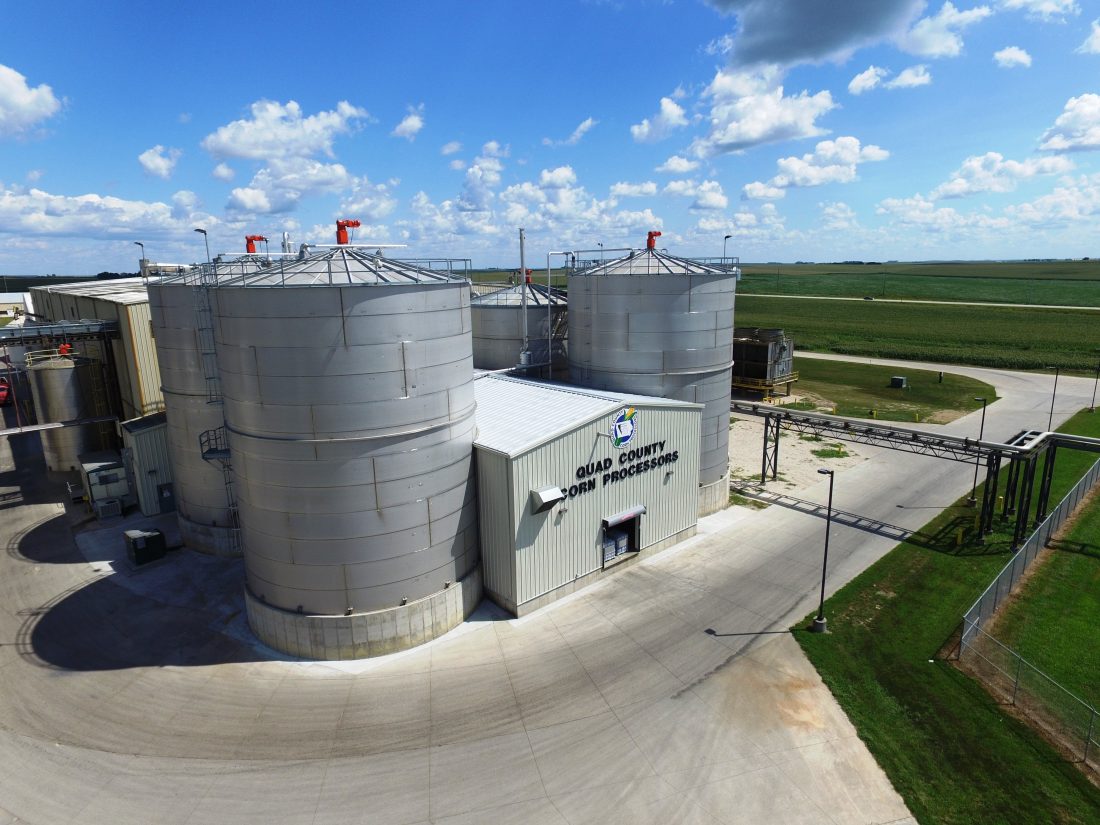 -Submitted photo
Quad County Corn Processors located near Galva started operation in 2002. According to Chad Hart, ag economist with Iowa State University, over the course of the past 15 years, the state of Iowa has seen a growth of more than 40 ethanol plants.

It’s incredible the different ways corn can be used, from feeding livestock to feeding the world to making shoes and fuel. Ethanol has come a long ways since it first took root in Iowa and has become incredibly important to the state’s economy.

“What you’re seeing over the course of the past decade-and-a-half is we’ve built more than 40 ethanol plants across the state and they eat up a lot of corn for us. That creates demand that helps solidify the bottom line for our ag economy,” said Chad Hart, ag economist with Iowa State University. “It’s another market for producers to tap into and has created an international demand unlike exports that have seasonality. There’s always a certain amount of corn going through the plants year-round that fills the gaps from feeding it to livestock.”

“The biofuel industry is the very best thing that ever happened to my ag career and I’ve been farming for 36 years. We went through a lot of profitable years because of ethanol and we want that growth to continue,” he said.

Nieuwenhuis was part of an entourage that traveled to China last fall on a trade mission for biofuels and ethanol. It was reassuring to see how the rest of the world is latching on to ethanol, too. 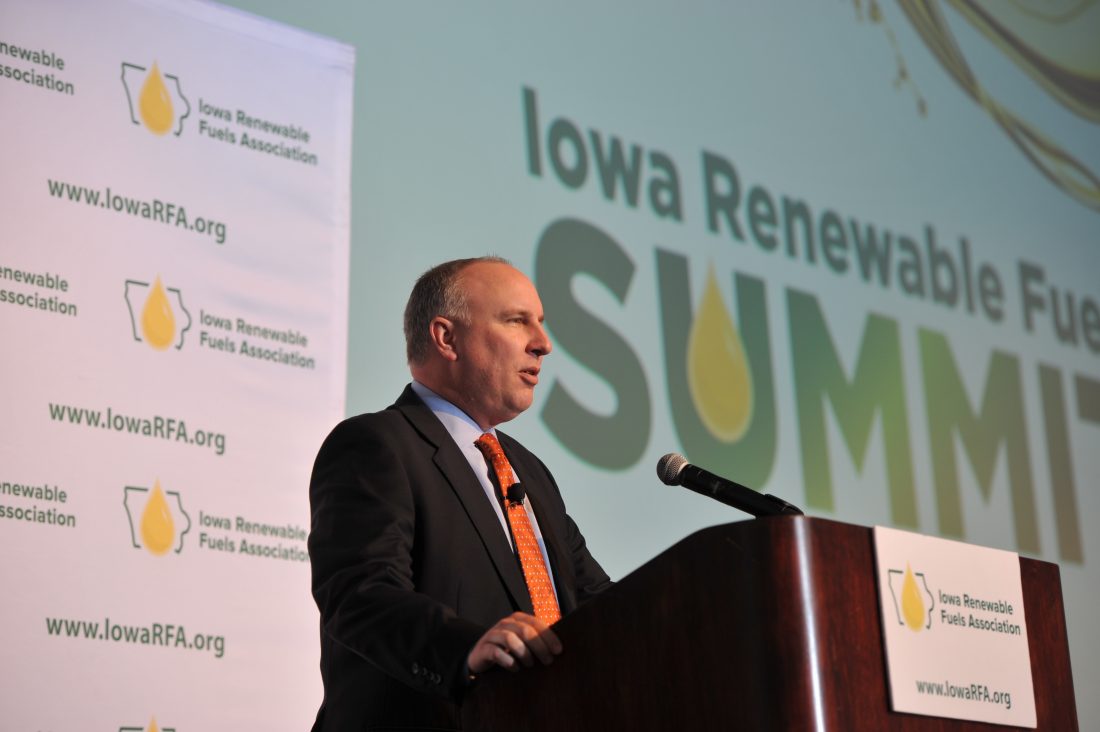 Monte Shaw, director of the Iowa Renewable Fuels Association recently spoke at the association’s summit. According to Shaw, there is an estimated 10,000 families that are directly invested in locally owned ethanol plants.

“China is mandating a 20 percent blend of ethanol and India and Mexico are working on it,” he said. “Brazil offers two choices – E27 or E100 – and they’re using the same vehicles we are. So this is a worldwide movement that’s really kept the ethanol industry growing. It’s also healthier for our environment and for us. The rest of the world is finally catching up to what the rest of us already know.”

Curt Mether raises corn and soybeans near Logan. He said the ethanol industry is critical for farmers.

“About one-third of our corn goes to ethanol,” Mether said. “We still have it for protein in cattle field and another third is exported, so ethanol really helps fill a void. The ethanol export business offers really good opportunities for our industry, too.”

Monte Shaw, director of the Iowa Renewable Fuels Association, said that an estimated 10,000 families are directly invested in locally owned ethanol plants. There are hundreds of thousands of producers who are directly linked, too. He grew up on an Iowa farm in the ’80s and “came of age” during the farm crisis.

“When that’s your reference point, it’s not too hard to fully grasp just how truly wonderful the impact the ethanol industry has had on Iowa’s farmers and the rural economy. I’ve been working directly for the industry in one form or another for 19 years and I’ve seen it go from wet mill technology out of the big companies to dry mill ethanol plants. It’s fascinating,” he said.

Wet milling is a $1.5 billion industry but dry milling dominates the market. That concept came about in the mid-1990s and was quickly adopted, Shaw said. In 2000, the first modern dry mill put out 15 million gallons per year, then someone proposed a 40-million-gallon plant and then the next concept was a 100-million-gallon plant.

“People laughed and thought it was nuts. Now it’s the standard,” he said.

Data gleaned from 1980 through 2005 showed there were only three years when the average price a farmer was paid was more than the average cost of production.

“For 22 out of 25 years, the number was in the red. Then we passed RFS in 2005 and in 2006 forward, we stayed in the black for eight straight years and those were probably the best eight years in the history of American agriculture,” he said. “We had eight straight years of growing positive margins in corn and growing farm income.”

It’s been amazing to watch the dry mill plants progress from 15 million to 40 to 100 to 140, 160, 180 and even 300 million gallons. For someone like Shaw who has been fortunate to watch the industry evolve, it was the inspiration he needed and the fuel behind him wanting to work in the agriculture industry.

“It’s been a very satisfying time to be working on policies and things that help unleash the potential of this industry,” he said. “We have helped break down the barriers. Ethanol was being locked out by the petroleum monopoly and when we cracked it, that was amazing.”