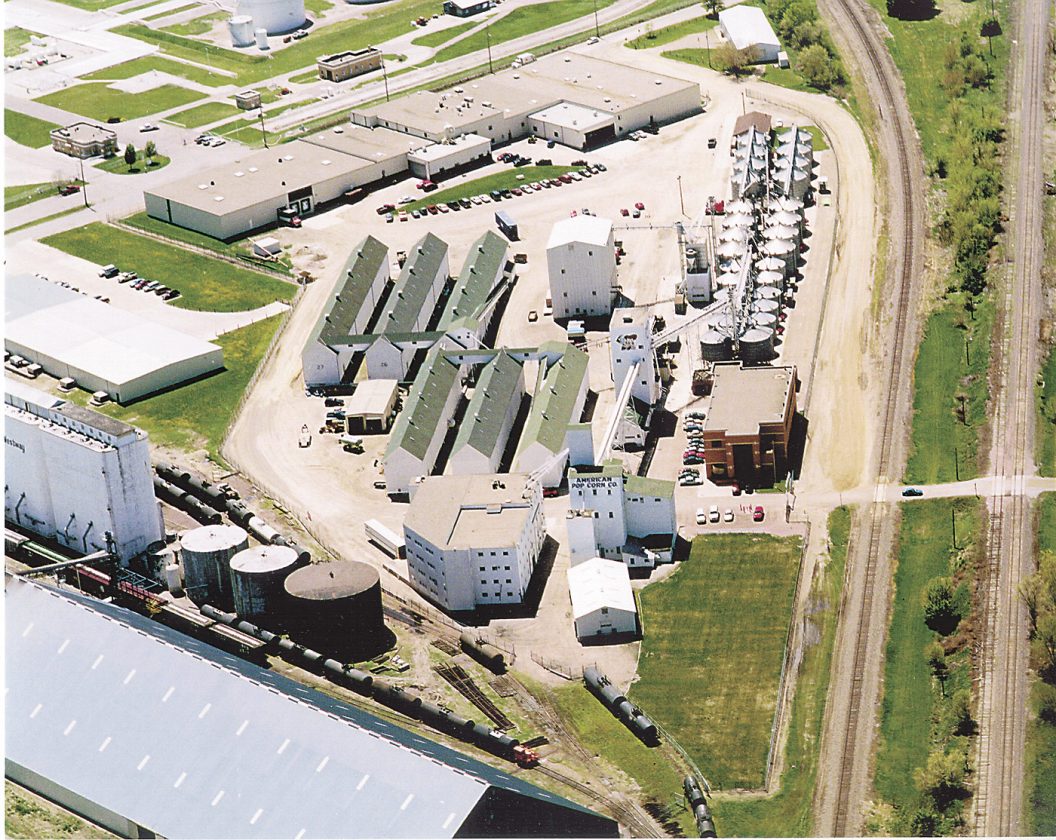 SIOUX CITY — The history of popcorn dates back to the first Thanksgiving. It wasn’t until almost 300 years later the first steps at making it one of America’s favorite snacks began with the start up of the American Pop Corn Co.

The American Pop Corn Co. and its only brand, Jolly Time, was founded in 1914 by Cloid Smith.

According to history provided by the company, Cloid Smith and his son, Howard Smith set up shop in their home in Sioux City and from their basement shelled, cleaned and packaged the first branded popcorn in the United States.

In that first year, the company sold 75,000 pounds of popcorn. To date, that number is close to 3 billion pounds. 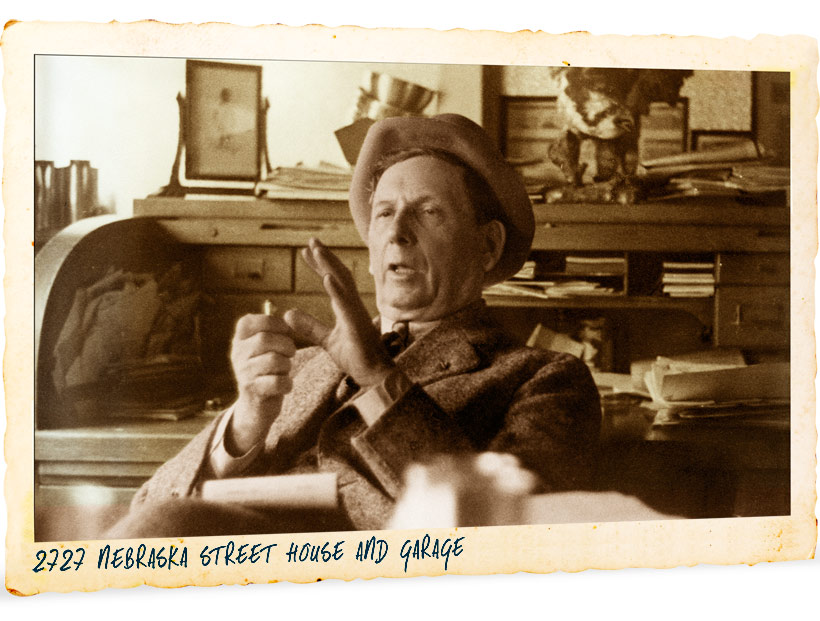 “I’m the fourth generation of my family in the business. We’re over 104 years old and I think we have been very innovative throughout our history,” said Smith. “Going back to the late teens and 1920s, we put popcorn in an air tight can so it wouldn’t dry out. That was innovative at the time. We patented some drying cribs in the 1930s that promoted better popping popcorn — that was very innovative at the time and copied by many later.”

Jolly Time can also be attributed to the innovation of microwave popcorn.

“We were among the first to be out with a microwave popcorn when it became a dry shelf stable product,” he said. “That would have been in 1984. We were right there with the very first brands.”

To help stay up with the trends of American and global snackers, Smith said they are working to be unique and timely with their different flavor offerings of microwave popcorn.

“More recently, we have come out with Blazin’ Cheeze and Blazin’ Blast – these are our flavors with a kick,” he said.

Smith said the first hybrid popcorns came out in about the 1930s and there has been steady progress on the improvement of those hybrids ever since.

Currently the American Pop Corn Co. relies heavily, Smith said, on popcorn seed-producing companies, working in coordination with them in research in addition to their own company performed research program.

There are similarities to a preferred popcorn hybrid and a commercial corn hybrid, but yet some differences at the same time.

“Obviously, if you are a farmer, it’s yield that is an important thing and does it stand up well? Does it have a good root system? But when you are talking about popcorn, you have consumer things you pay attention to. How well does it pop? How does it taste? Is the texture nice? Is the hull thin? All of those things go into our analysis of a hybrid,” he said.

“It’s not nearly as popular around the world, or even around the country as it is in the upper Midwest,” he said. “We are real fans of white popcorn right now and that’s where our emphasis is. We have made some crosses that we think are pretty darn good and are still in the test strip stages. Eventually we will work with one of those seed companies, but it will be our hybrid if we choose to come out with it.”

That would be the second hybrid, Smith added that has been developed from the company.

“I would say we are roughly in 70 to 75 percent of America’s supermarkets,” he said. “There are a few chains in the southeast we don’t have business with, other than that, we have good distribution. We invoice customers in all 50 states.”

Smith said they also export to about 30 countries around the world. In those cases, he said they form a different type of relations with an importer/distributor rather than going direct to the customer like they do here, domestically.

“The key to our success in exports is to find the right agent that understands our products and knows how to sell our products,” he said.

If you’re having Jolly Time Pop Corn you can thank a farmer from the Midwest.

Growers are located as far east of Sioux City as the Sac County area in Iowa as well as into Nebraska about 140 miles west of the company’s headquarters.

“We have a lot of growers in Nebraska and there are a lot of reasons for that,” he said. “One is that some popcorn hybrids tend to do better in lighter soil and of course, as you go west into Nebraska it gets sandier, but the biggest reason we are more concentrated in Nebraska than we are in Iowa is because of irrigation. Even on the hottest, driest summer, we can get a popcorn crop if we can get water to it.”

After the popcorn is harvested it is delivered either to Sioux City or Schaller.

“Our first job as a processor is to dry that grain from harvest moisture down to 13 ¢ to 14 percent before we process and package it,” said Smith. “We want to do that slowly. We want Mother Nature to do it. We will do that with fans and natural air in our bins and we then can get it ready to be used starting in February or whenever it might be.”

Smith said their growers are coming from some of America’s best family farms.

“Our contracts are with individuals that are family farmers,” he said. “Our relationship with these growers are close and they’re multi-year and quite a few cases multi-generational farmers. Most of them grow popcorn year after year. I enjoy telling a story about a grower in Homer, Nebraska, whose grandfather signed a contract with my great-grandfather in the early 30s. And that family has grown Jolly Time Pop Corn every summer since — for 80 years.”

Another long-term grower of Jolly Time Pop Corn, Smith said is the Hogue family from Odebolt.

The Hogue’s family farm has had Jolly Time Pop Corn grown on it since 1914. Jack Hogue Sr. began growing for the company in 1942 when he moved to the farm owned by the Smith family and served as the farm tenant until 1979.

At that time, Jack Hogue Jr. and wife Jane took over the operation where he, along with their son Tyler and a grandson Lincoln hope to carry on the long tradition of raising Jolly Time Pop Corn on their family’s farm.

Hogue said they raise between 40 to 60 acres of popcorn for the company each year — much in the same fashion they raise their commercial corn.

“It’s raised a lot like regular corn as far as fertilizer, herbicides and pesticides,” he said. “Of course, some of those are not cleared for use on a food product, but Jolly Time sends out a list every spring, when we get our contract, on what can be used.”

Cleanliness, he said, is of high priority.

“In the spring when we plant we have to clean the planter out really good and in the fall, when we combine, we have to be really careful of blowing all of the beans and regular corn out before we start,” he said.

Hogue said Jolly Time is great company to work with.

“Not just because they are our landlords, but their field men are very knowledgeable,” he said. “They come out and check the field a couple of times a year to see if there are any problems, or if I see any problems and call them they are real quick to be out.”

The company, Hogue said chooses the variety of seed that is best suitable for their farm.

“They have done a very good job with that,” he said. “Yields have been out-grossing regular corn as far as dollars per acre.”

Smith said the company had a major plant expansion in 2011 with the addition of new packing lines as well as new storage bins of recent.

The growth of the American Pop Corn Co. and its brand Jolly Time, Smith said would most likely amaze his great-grandfather, Cloid Smith.

“His very first sale was a 100 pound burlap bag of popcorn sold to some vendor in Council Bluffs,” he said. “The way we do it now, and the way we reach the consumer has evolved. While he was still alive we were selling the 10 ounce can of popcorn to supermarkets. But the volume that we are doing today, compared to when he was alive and the multi-flavors of microwave popcorn –so much has changed that he would hardly recognize it.”

Family, Smith said is very much the culture of the company.

“We talk about our family of employees, and our family of food brokers,” he said. “We are a very proud family. We are proud to have this in our family for so many years. There are fifth generation of owners in the family with some of them active in the company. We want to keep this as a family business.”