The U.S. Census Bureau estimates that, effective July 1, 2019, there are 328.2 million people in the United States. It has been estimated there are around 54 million Americans who have a disability. According to the National Institute on Mental Health, one in five people live with a mental illness. It has also been estimated that 1 percent to 3 percent of the population has an intellectual disability.

Does disability touch the life of the average person? You bet it does.

As health care improves, as technology assists in accommodating disability, as inclusion becomes the norm rather than the exception, as institutions close, disability indeed touches more and more lives. Children with special needs live with their parents and are in the same classrooms as everyone else. Cochlear implants enable people with hearing impairments to hear. Students with disabilities are leaving high school expecting to work and live just like their classmates. Veterans with combat-related injuries come back home and become our neighbors once again. People with mental health conditions like depression, anxiety, mood disorders, and more go to work and earn a paycheck. People with intellectual disabilities go to church.

People with disabilities are living, working, shopping, recreating, and worshiping along with everybody else.

If you take a moment and consider people in your life, and consider disability, I’m sure someone comes to mind. In preparation for writing this, I called my mother. Mom does not identify as having a disability, nor does she work in the field. She was from a generation when people with disabilities were often hidden away from society. How many people could she think of? Well, she came up with quite a list.

We started by talking about the girl down the street, a little older than my brother and I were, who played with us when we were young children. We believe she had Down Syndrome, and remembered that she hugged my brother and I all the time. When she grew up, she wanted to work at McDonalds.

Mom recalled Mary, the wife of my dad’s co-worker, who had a seizure disorder. Mary and her husband were visiting once when Mary had a seizure in our kitchen. The seizure ended, and the visit continued.

She thought about a woman who goes to the YMCA where Mom exercises, who has an intellectual disability, “talks a lot, but is very nice.”

Mom remembered Tessa and her daughter with autism. Mom thought of “Gus,” whose son survived a suicide attempt involving a gun.

More people came to her mind when considering disability.

I ask you, how many people do you know who have a disability? Maybe you come up with a list, like my mother did. Perhaps “someone with a disability” is that person staring back at you in the mirror.

March is Disability Awareness Month. March is the time when we are called to consider disability. It is also a time to share information and promote awareness.

So, if March is Disability Awareness Month, what is helpful to consider?

1. People with disabilities are just people. There is a danger to classifying an entire group of people as a certain way. Stella Young was a comedian and journalist who happened to go about her day in a wheelchair. She makes most interesting points in her TED talk “I Am Not Your Inspiration, Thank You Very Much” (https://www.ted.com/talks/stella_young_i_m_not_your_inspiration_thank_you_very_much) As this very small woman sat in her motorized wheelchair, she recalled a time when she was young.

“I had a very normal, low-key kind of upbringing. I went to school, I hung out with my friends, I fought with my younger sisters. It was all very normal. And when I was 15, a member of my local community approached my parents and wanted to nominate me for a community achievement award. And my parents said, ‘Hm, that’s really nice, but there’s kind of one glaring problem with that. She hasn’t actually achieved anything.'” She admitted that life as a person with a disability was actually somewhat difficult, and that people with disabilities overcome some things, but many of those things were not what most believed. She ascribed to the social model of disability, which is that society limits people with disabilities more than the bodies or diagnoses.

2. People are people first, not their disability. Language should reflect that. Most people don’t want to be offensive when it comes to disability. Most want to know what to say, what is politically correct. Check out the table, to see words to lose and words to live by.

3. Look beyond the label. Whether it is disability, race, nationality, or any other characteristic that may (or may not) be obvious, that is not what defines a human being. It is the content of a person’s character that defines them. When you look beyond the label, you may not like the person very much. That happens. However, you might find a friend for life.

4. Care. At the end of the day, whether it is Disability Awareness Month or not, isn’t that what we all want?

Words to Live By

Had or has a disability

Wheelchair-bound, confined to a wheelchair

Teresa Naughton has worked for LifeWorks Community Services since 1993. She has been the executive director since 2007. 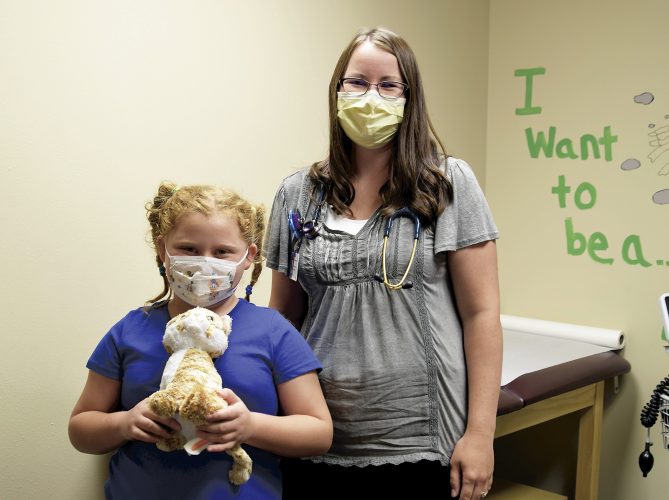 Anyone paying attention to the news lately has seen both heartwarming and heartbreaking stories about residents in ...

To save America’s restaurants, Congress needs to help the food service distribution industry

We all have a favorite place to eat. For some, it’s a popular chain restaurant providing the quick comfort of an ...

To Roger Natte, history is a living, breathing thing. Even in these unsettled times. The coronavirus pandemic has ...

COVID-19 has clinical and financial implications for Iowa hospitals

Rightfully, most attention now is on the front-line care Iowa hospitals are providing for patients stricken with ...