-Submitted photo
Ed Breen turned to radio after retiring from newspaper journalism in 2003. He grew up in Fort Dodge and graduated from St. Edmond in 1962. 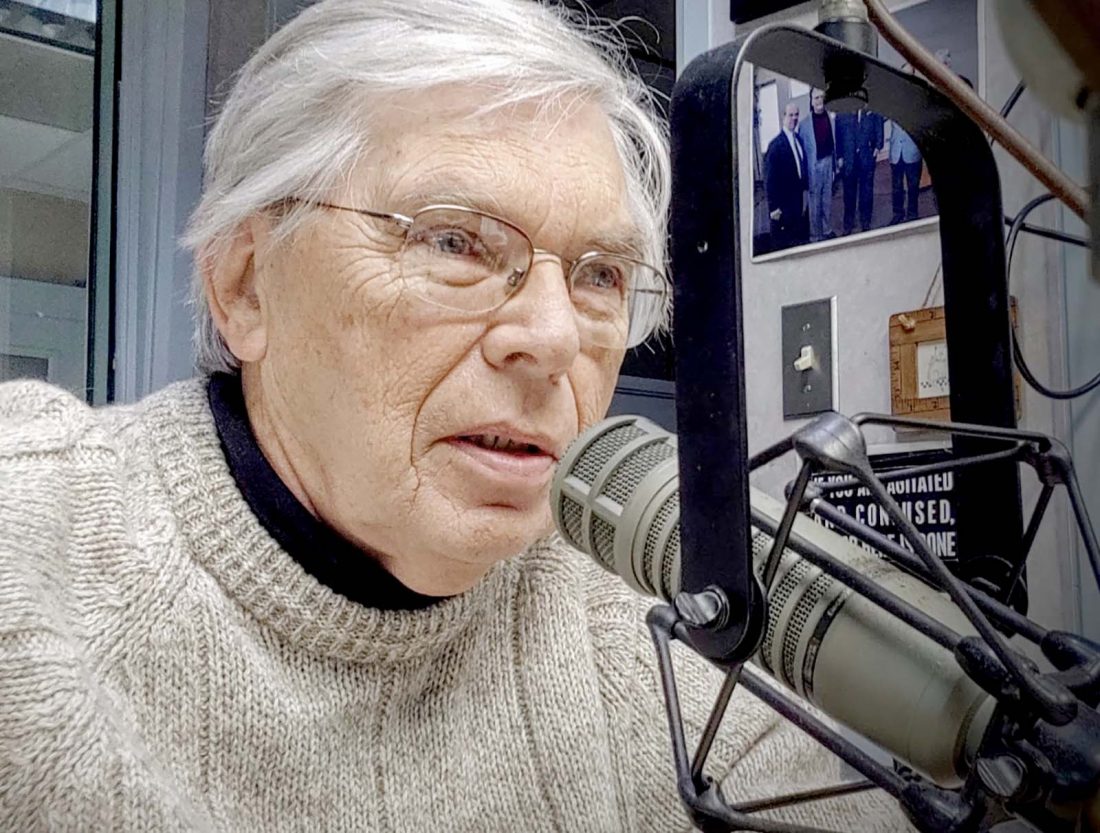 -Submitted photo
Ed Breen turned to radio after retiring from newspaper journalism in 2003. He grew up in Fort Dodge and graduated from St. Edmond in 1962.

His uncle was a Fort Dodge icon, a broadcasting pioneer who introduced the first radio and television stations to the city. But a young Ed Breen was a newspaperman at heart and believed he needed to leave the city to pursue that dream.

After all, editors at The Messenger believed his first byline in the early 1960s had to include his middle initial, Edward E. Breen, to be sure readers knew that it was not KVFD radio and KQTV television owner Edward J. Breen who was authoring the story. His uncle was one of the most prominent citizens in Fort Dodge history — an attorney, state senator and active Democrat — and used his broadcast platform to editorialize on issues of community interest.

“I knew I had to get the hell out of town,” Breen said. “The family name was so prominent. I just wasn’t going to trade on that. Back then, I was too young to know what was going on. All I knew is that I had a family connection to the radio and TV stations, but enjoyed working for the newspaper. I never took any flak from my uncle on it, never heard a word about it.”

After graduating from St. Edmond High School in 1962, Breen left Fort Dodge to attend Loras College in Dubuque and after two years, one week and one day there (“I’m still on academic probation,” he said with a laugh), he joined the news staff of the local newspaper, the Telegraph-Herald. He moved on to work briefly at a Wisconsin newspaper before arriving in Indiana where his work at newspapers in Marion (Chronicle-Tribune) and Fort Wayne (The Journal Gazette) earned him a place in the Indiana Journalism Hall of Fame.

Breen worked at the Chronicle-Tribune as a reporter, photographer and editor from 1966 to 1995, when he became assistant managing editor of The Journal Gazette in Fort Wayne and began an hour’s commute from his home in Marion to that city for the next 14 years before retiring in 2009.

Breen’s uncle (who died in 1978) would likely be smiling to know that his nephew eventually got the broadcast religion. It started in 2003 when he did mostly local commentary for radio station WBAT-AM in Marion while working for The Journal Gazette. It didn’t take Breen long after retiring from the newspaper to realize he was at a personal and career crossroad.

“I was 67 years old and scared to death that I had nowhere to go,” Breen said. “What am I going to do for my next act?”

Then-WBAT General Manager David Poehler helped solve that by hiring Breen to co-host (with Tim George) a daily program, “Good Morning Grant County,” which airs from 6 a.m. to 9 a.m. Monday through Friday. “Yes,” he said, “I’m up at 4 a.m., which is the only downside to my ‘retirement.’ I read the papers, catch early TV and am at the station by 5:30.”

His commentary is called “An Ed Breen Moment.”

He said, “I’ve done the commentaries now for 17 years. They’re mainly local. One week, I did one on the 50 most powerful people in Indiana politics. Much of the time, they deal with local politics. They’re 650 words long and run 4 to 4 1/2 minutes. I’ve done 852 of ’em and counting.”

Breen said his uncle did radio commentary at KVFD “every morning for years and years. He continued this on television, where he hosted a program with the same name as his radio commentary, called ‘It Seems to Me.’ Maybe a bit like him, what I am doing is stirring the pot. It’s something that is needed in these communities. There’s little local content on radio anymore.”

Breen was the oldest of the three children born to Maurice and Alyce Julander Breen. The family lived in a two-story brick house at 925 Second Avenue South built in 1910 by his grandfather, Edward J. Breen. His father Maurice J. Breen practiced law in Fort Dodge for nearly 50 years and his brother Maurice C. Breen served as city attorney (he died in 2011). Breen’s sister Alice Catalfo is a retired Des Moines teacher who lives in Granger with her husband Dan. Breen’s father died in 1972 and his mother in 2006.

At St. Edmond, Breen was editor of the school newspaper, the Tri Crown, and was working as a soda jerk at Donahoe’s sundry store at 11th Street and Central Avenue after classes and on weekends when in the fall of 1960 Messenger sports editor Bob Brown came in one Sunday morning to buy out-of-town newspapers.

“He asked if I was interested in working at The Messenger taking high school sports scores and writing brief stories,” Breen said.

Breen was asked if he could type when offered the part-time position. He gulped and assured Messenger editors he could handle it — then raced home that weekend to teach himself three-finger typing before starting his job the following weekend. Breen worked during the sports seasons and then three summers filling in for fulltime newsroom employees on vacation.

Messenger police reporter Helen Strode played a major role in his career choice as a newspaperman.

“It was Helen who really attracted me to this. Helen kind of adopted me. She could go around police lines and I thought that was the coolest things in the world, and I still do. She loved journalism and she infected me with it. She knew more about the police department and the crime world in Fort Dodge than any other living human being.”

Breen and his wife Joanne, a professional artist who he met in Dubuque, will celebrate their 55th wedding anniversary on Feb. 27. They have two daughters: Lisa Breen, who works for a medical laboratory in Indianapolis, and Audrey Shepard, a teacher in Noblesville, Indiana, married to Mike and the parents of two sons, Max, 16, and Liam, 14.

His closest ties to Fort Dodge are two first cousins, Diane Burch and Eddy O’Farrell, and a former high school classmate who he considers his best friend, Dan Carney, a deacon with the Holy Trinity Parish. They’ve known each other since second grade and “we have talked every couple weeks for the last 50 years,” Breen said.

Breen hopes to achieve a career goal later this year — 60 straight years of being in a newsroom on Election Night.

He worked in The Messenger newsroom on Election Night 1960, when John F. Kennedy defeated Richard Nixon, and will anchor WBAT’s coverage on Election Night 2020. Of the 15 presidential elections, he counts Bush vs. Gore in 2000 as the most memorable. On a purely human level, Kennedy in 1960 and Obama in 2008.

Newspapers face many challenges today, Breen said, but the ”need for news and information persists. It is essential, as we are finding in this current chaotic landscape. New ways will be found. We just aren’t there yet. But it will not be Facebook. I had the joy of being there for some of the good years and the frustration of being part of a changing technology and culture which was beyond the control of any of us.”