She lived a life of love and learning 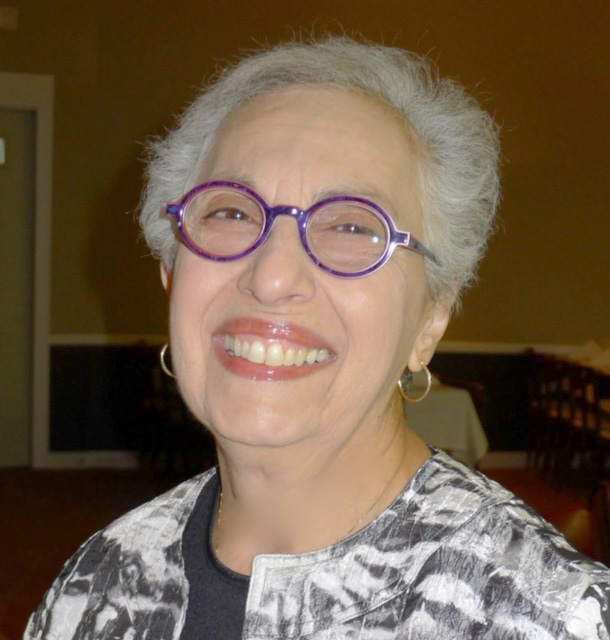 Life brings us what we call “teaching moments” — and from the time Phyllis Bush began her teaching career as a 22-year-old until she drew her last breath in March at the age of 75, she provided plenty of such moments to her students, family, friends and fellow educators.

Over her 32-year teaching career, the Fort Dodge native taught English to thousands of students in Illinois and Indiana. But when faced with colon cancer that could not be contained, she taught another, more important lesson: how to die with courage, grace and dignity while maintaining a strong will to live.

Phyllis Daniel Bush was a teacher to the very end.

“When she was in the oncology unit for her second or third chemo treatment,” recalled Donna Roof, her spouse, “there was a lady sitting right behind us who appeared nervous and apprehensive. Phyllis started talking to her. She worked very hard to assuage her fears. This was a person she had never met, a stranger. She was able to get people to face their fears or assuage their fears, to let them know — ‘You can do this’ — whether it’s a student with a 20-page paper to write or a stranger taking chemo.”

Last December, when it was clear that the cancer could not be overcome, Bush began making preparations for the limited time she had left, including writing her own obituary and planning with Roof her memorial services that were to be held Saturday at Trinity Episcopal Church in Fort Wayne, Indiana, her home city. She died March 19 while under hospice care.

In the obituary, Bush wrote, “I am fortunate to be surrounded by family and friends whose love and support made me realize that there is good in the world, and it is worth fighting for. When you come to celebrate my life, you will meet people who have influenced my life and/or have been a major part of it. It is then that you will know who I am, and who I’ve been.”

Phyllis A. Daniel was born in Fort Dodge on August 7, 1943, the youngest child of John and Renee Daniel. Phyllis’ father and his father, Ferris Daniel, founded Daniel Tire Co. (now operated by relatives Steve and Jeff Daniel) and in 1963, her father and her brother John opened Daniel Pharmacy, which John has been operating to this day at 1114 Central Ave. Her sister Joan taught in Fort Dodge and Webster City.

“My dad and granddad were strong-willed, and my sister got some of that,” said John, a pharmacist like his son John III, part of a family business that includes a gift shop, home decor and Merle Norman studio operated by John’s daughter Mary Kay Daniel. “Phyllis was smart and she really communicated well. In our neighborhood softball games, she was strong. She could hit the ball better than most of us. I remember when she learned to ride a bike — I was running alongside her, it took her just a half hour to learn. She was pretty determined, strong-willed.”

Sarah Kercheval, who was Bush’s best friend in high school, said it was no surprise she became a teacher.

“She admired her teachers, and they admired her,” Kercheval said. “In high school, one of the English teachers had a son who was about to be married. The teacher asked Phyllis to come to her house for dinner and wanted help in planning a shower for the bride-to-be. Phyllis helped with the menu (I think it was something that included little sausages covered with grape jelly) and concocted some shower games like naming their first baby after a famous author. Think about it. A teacher actually asking a student for help. And later, much later, when Phyllis blogged about what Cancer-Schmantzer was doing to her body, her students would respond with love and sympathy.”

“She lived at Expo Pool in the summer as did I,” Kolacia said. “We became better friends after she was out of college and teaching. She never missed a class reunion. I would ask her to give our class some sort of speech at the reunion programs. She was so eloquent. She always ended up doing it but it was not her favorite thing to do. Sometimes she agreed to do it but only for me. Once I had to promise her a visit to us in Florida and she would agree. I loved her and will miss her. Oh, how I wish she would have willed me her vocabulary.”

After a year at Fort Dodge Community College, she transferred to the University of Iowa where she earned a degree in English and met her future husband, Richard Bush, also an education student. They married and had a son, David, who works in the software business in Indianapolis and has two sons of his own, Evan, 14, and Aiden, 12. David said his parents divorced when he was in the eighth grade and that his father died several years ago.

Bush’s 32-year teaching career began in Rockford, Illinois. The majority of her career was spent at South Side High School in Fort Wayne where she served as English Department chair and where she met Roof, who also taught in the English department.

One of Bush’s students at South Side, Josh Klugman, a professor of sociology at Temple University, shared fond memories from her class as a senior in 1993-94:

“Ms. Bush was great,” he said. “She would have us write journals and she would give us compassionate and sensitive feedback on our narratives about our lives and the novels we were reading. She would also have us do ‘hourlongs’ which were lengthy hour-long book reports at the end of the school year. I did War and Peace and I am always grateful to her for pushing me to challenge myself by reading that hulking novel and trying to process it in an intelligent way. We would have lengthy class discussions about the novels we were reading and she was able to get everyone involved in the discussions. Her passing is a loss for education, not just for what she brought to the teaching profession, but also her political activism against “choice” and the other fashionable prevailing winds in education.”

Kercheval recalled that after retirement from teaching, Bush “turned to the politics of education. She was a lion, testifying at numerous hearings in defense of public schools and public school teachers. She continued to write and speak of the unfairness of the hours Indiana public school teachers were forced to work, of the number of classes they were forced to teach and the number of students in each class. She pointed out how homeschoolers and charter schools were eating up funds that should have been marked for the public school system. Truly she was fearless in her defense of a quality education for all.”

In 2012 Bush founded the grassroots public education group, Northeast Indiana Friends of Public Education. She served on the board of directors for the Network for Public Education, which last year established the Phyllis Bush Award for Grassroots Organizing.

When she was diagnosed two years ago with cancer — Cancer-Schmantzer, she called it — Bush started a blog, “Kind of a Big Dill,” and wrote: ‘While all of this may seem quite scary, I always find that the more I know and understand, the better I can deal with whatever hand is dealt to me.”

Jane Bice Borchers, who was a year behind Phyllis at FDSH, recalled a phone conversation right after Bush learned the news of her cancer’s spread to Stage 4 in which Bush said, “I got the news today that my expiration date is coming sooner than I wanted.” Added Borchers, “She kept her droll sense of humor right to the very end. She made me laugh and I think that helped her too. She was a presence, she was one in a million.”

Roof said she and Bush had been together 25 years when they decided to marry. The intent was to have a private ceremony at the Allen County Courthouse in Fort Wayne, but some of her former students learned about it and about 40 showed up to witness the union. The presiding judge was one of Bush’s former students. “It showed the love the students had for her,” Roof said.

When not advocating for education, Bush enjoyed reading, walking her dogs (Max Quigley and MacGyver), playing tennis, watching the Chicago Cubs, and traveling.

Then there was “Gramma Camp.” Her son David said his two boys “went up to their house every year since they were born. My mom would pack their agenda with a lot of activities, which would include the zoo, Chicago Cubs games, meeting with friends, playing games in the yard and many other unique activities she would organize based on the time of year and ages.

“She left us with a love of world travel, acceptance of others, integrity, education, work ethic, and the energy to be fully committed to anything we were passionate about.”

Iowa should invest in natural resources, recreation and water quality

Iowans have a reputation of being hard workers, honest, neighborly, connected to the land and genuinely “Iowa ...