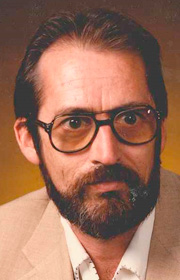 Terry was a Vietnam veteran who served two tours with the Army 82nd Airborne. After returning back to the states he became a professional long-haul truck driver and served as a Teamster Union Steward while working for Brazo’s trucking. He was a lover, a fighter, and a Harley Rider. Terry was known for being able to drive anything on wheels, from two wheels to eighteen. During his later years, he would frequently head out west and along the way attend Sturgis.

Terry is survived by his two children Rebecca and Anthony and also his two stepsons Michael and Scott Dorothy. He is also survived by four wonderful grandchildren, Samantha, Destiny, Dustin, and Liam. Along with siblings Sandy Toyne, Ken, Robert, Jim (Randy), Rhoda Wolfe, Lanita Lane, and John. As well as many cousins, nieces, and nephews. Known for commanding a room but also his big heart, Terry would drive all night in order to hold a newly born member of the family. Not only was he a known motorcycle enthusiast, but he also was a lover of American Western Art and literature. He worked for O’brien’s Art Emporium in Scottsdale, AZ where he versed himself on art history and sales.