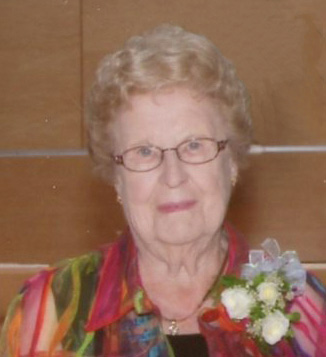 Donna Lang, daughter of Anthon and Elizabeth (Grimes) Lang, was born May 31, 1926 in Rockwell City. She graduated from Manson High School and then taught country school on the Normal Training Certificate. She was united in marriage to Howard Moe on December 7, 1946. The couple made their home on a farm near Moorland. Following Howard’s retirement, the couple spent their summers at Twin Lakes and winters in McAllen, TX. In retirement she enjoyed taking bus trips. Howard preceded her in death in 1997. Donna was a resident at the Marian Home since December 2014.