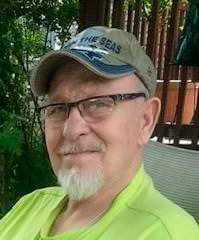 Robert Gudmund Aukland, 74, of Clarks­ville, TN passed away at home surrounded by his loving family on Tuesday, March 17, 2020. He was born July 31, 1945 in Goldfield, Iowa to Gudmund and Alice Aukland. Robert went to Norway Number 6 School and Eagle Grove District Schools. He joined the National Guard March 8, 1967 and married the love of his life, Lois Ault on March 11, 1967. He farmed 17 years near Thor, IA until 1986 when he began trucking where he achieved his prestigious Three Million Miles Safe Driving Award by 2005 when he retired. He was a man of God, an avid fisherman, hunter, boater, camper, traveler and amazing friend to everyone he met. He loved telling jokes, playing practical jokes and especially spending time with family and friends playing cards or cribbage. He also enjoyed making fishing lures and making one-of-a-kind cribbage boards.

He was proceeded in death by his parents, Gudmund and Alice Aukland; grandparents: Ola and Bertha Aukland; Sigvart and Selma Kvale.

Memorial services in Tennessee and Iowa as well as burial arrangements will be made at a later date due to current events.

In lieu of flowers, a GoFund me page has been set up to help cover expenses : gf.me/u/xrjy5n.