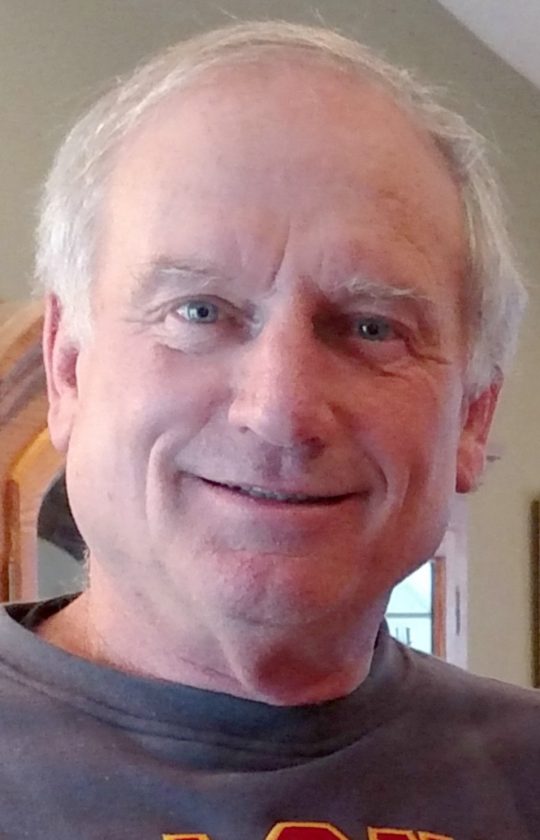 William Paul “Bill” Benedict, age 70, of Fort Dodge, Iowa, died on Friday, February 7, 2020. Born the youngest of four children to parents Claude and Katherine (Greve) Benedict on January 11, 1950, his father passed in 1952, and after his mother remarried, Bill moved with his family to a farm outside of Rockwell City. His upbringing involved the hard labors and simple pleasures that went hand in hand with feeding cattle, growing and harvesting crops, showing horses, baling hay, and doing chores. He earned his first cold beer as a kid, by doing the work of grown men. Bill attended school in Rockwell City, and graduated with the Class of 1968. He enlisted and served his country in the United States Army as a soldier in Vietnam.

Bill had met his future wife, Linda Lalor, at a very young age through showing horses. Through those years as they got to know each other, Bill and Linda became friends who grew closer together. They were united in marriage at St. Mary’s Catholic Church on October 2, 1971. Their union in marriage was blessed with two sons, Bill and Brett, and 37 years of love and devotion before Linda’s sudden passing in 2008.

Bill worked for United Parcel Service for over 31 years. He began pre-loading and washing trucks, then delivering to downtown businesses in Ft. Dodge, before being assigned the route in Eagle Grove, which was his wife Linda’s hometown. Bill had the Eagle Grove route for over 25 years, making hundreds of stops each day, and driving thousands of miles each week. Many a work day for him was fueled by Coke Classic and a Snickers bar. Bill knew every long, lost dusty road and country shortcut in Wright County. He truly enjoyed the people there, and was their quintessential UPS man until his retirement in November of 2004. Bill also served for many years on the Webster County Fair Board. After retirement, Bill worked construction with family, farmed with good friends and neighbors Rick and Jason Nelson, and hauled grain for the good folks at Shelton & Hay Ltd.

Bill had an affinity for old cars, fast cars, street rods, and muscle cars. Cars took him back in time, and made him feel even younger at heart. Like many car guys, some of his fondest memories and stories involved old cars, knowing who drove what kind of car, and what was under the hood. A self-proclaimed shade tree mechanic, he could turn wrenches with the best of them, and do most of his own repairs. Countless hours were spent in his garage, working on his many project cars over the years, and inventing any necessary new cuss words that helped them look good and run better. Time spent at a car show was a taste of heaven on earth.

Bill enjoyed traveling with Linda when she served in director roles with the Iowa Paint Horse Club, and the American Paint Horse Association. He also enjoyed traveling out west to places like Colorado, and south to Texas, Oklahoma, and Arizona. A favorite trip of his came in 2006, when his sons took him to New York City where he got to see his beloved Yankees pull off an amazing win at the original Yankee Stadium, as well as visiting Ground Zero, the Statue of Liberty, and Ellis Island. When just around home, Bill enjoyed driving the back roads, and stopping at the casino to try his hand at poker.

Bill worked hard to provide and be present for his family. His pride never revolved around material things, but could be measured in conversations about his sons, their families, and his grandchildren. He enjoyed visiting and being social with others, and always looked forward to attending the Rockwell City All Class Reunion, or the All Class Rebellion as he would call it. Bill had a great sense of humor, personified by jokes, laughter, and fun stories. He also had closely held viewpoints on doing what’s right that was equally paired with a willingness to help others. He will be missed dearly.

Not one for fanfare, Bill’s life will be honored with a visitation that will be held from 4:00-8:00 pm on Wednesday, February 12th at the Laufersweiler-Sievers Funeral Home, 307 S. 12th St. in Ft Dodge, IA. Burial with graveside prayers and military honors by American Legion Post 304 and also the Veterans of Foreign Wars will be held at 10:30 a.m. on Thursday, February 13 at the Rose Hill Cemetery in Eagle Grove, IA. In lieu of flowers, Bill’s family asks that you remember an organization of your choosing, or someone in need of a small degree of kindness that only a friend could offer, and be that friend to them. Funeral services are entrusted to the care of Bill’s son and daughter-in-law, Bill & Lisa Benedict, and the Laufersweiler-Sievers Funeral Home of Ft. Dodge, Iowa.