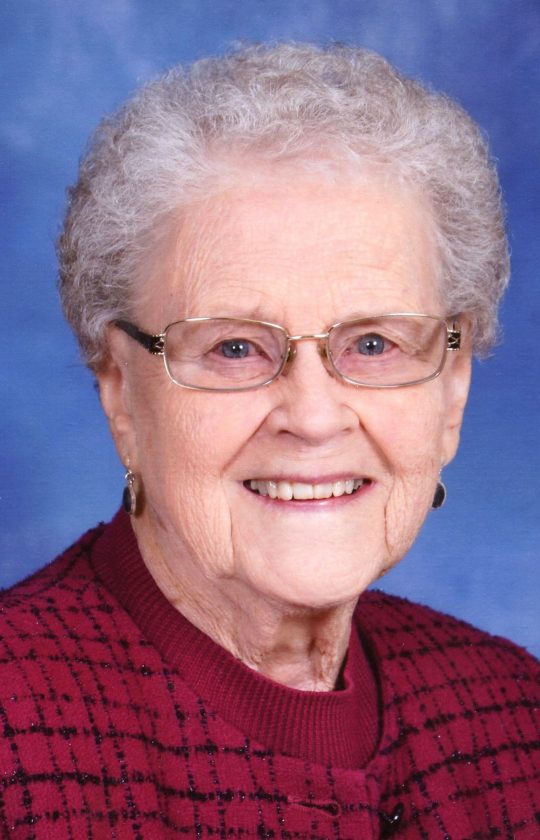 A service celebrating her life will be at 10:30 a.m., Saturday, January 25, at Good Shepherd Lutheran Church, Fort Dodge, with the Rev. Nicholas Thackery and Rev. William Van Nostrand officiating. Interment will follow in the Colfax Township Cemetery. Visitation will be from 4 – 7 p.m. on Friday, January 24, at Gunderson Funeral Home & Cremation Services. Memorials will be left to “The Lutheran Hour” radio ministry and the Paula J. Baber Hospice Home.

Ruby Louise Kinne, the daughter of Franz and Matilda (Nahnsen) Kinne, was born December 23, 1928, in Gowrie, IA. She graduated from Gowrie High School in 1946. On July 27, 1948, Ruby was united in marriage to Wilbert John Dencklau at the Lutheran Church in Churdan, IA. Ruby worked alongside Wilbert on their farm northeast of Fort Dodge from 1948 until 1971 when they moved into town. In addition to her being an extraordinary homemaker, Ruby also worked at Arnold Palmer’s Cleaners, Ellen’s Care Center as a nurse’s aide, and Jamar’s Drive Inn restaurant.

She lived for the joy of serving others in many ways. Perhaps the best example is through the love and passion she had for baking. Whether it was her pies, cinnamon rolls, or cookies, they all tasted a little sweeter because she sprinkled the key ingredient of love on top. She loved spending time with her family and, in later years, especially enjoyed being a daily part of the lives of her grandchildren and great grandchildren. Everyone loved going to Grandma’s house on earth and are excited to know we’ll join her someday in her Heavenly home!