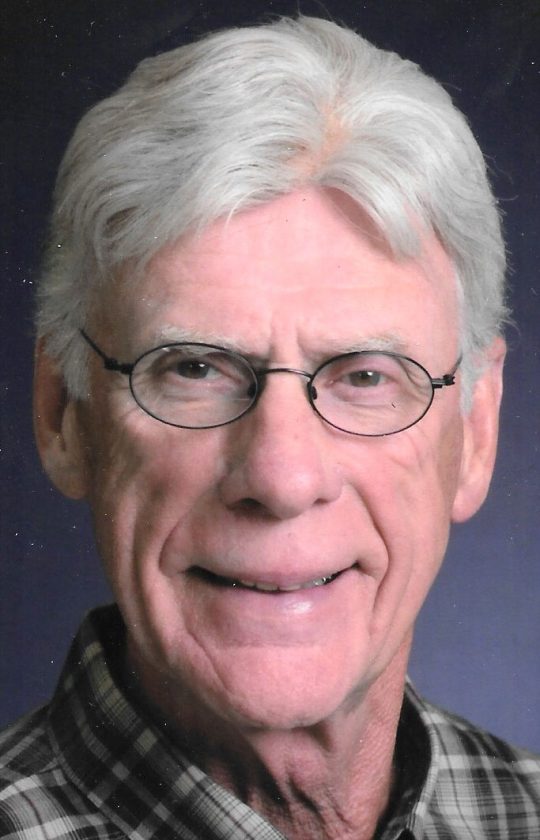 Alan was born March 21, 1941, in Fort Dodge, and grew up in Callender. He graduated from Callender High School in 1959 and was drafted into the U.S. Army in 1963. He worked at Celotex and Larry Anderson Construction in Fort Dodge before establishing his own construction business. He then accepted a position with the Buildings and Grounds Department at Trinity Regional Hospital in Fort Dodge, retiring after 20 years of service.

Alan was extremely proud of his daughters and grandchildren and was blessed with two great sons-in-law. He loved golfing, following the Iowa State Cyclones, attending his grandchildren’s extracurricular activities, and spending time with his family.

Alan is survived by his wife of 52 years, Coleen; daughters Niki (Mike) Hoffman and Mary (Ryan) McClure, and seven grandchildren Annabel, Ellen and Finn McClure; and Charlie, Jordan (Hilary), Taran and Taylor Hoffman, all of Ankeny and the DM metro; siblings Tracy (Marilyn) Haatvedt and Ramona Crandall of Fort Dodge; brother-in-law Larry (Eileen) Lundeen of Pomeroy; sister-in-law Dianne (Dan) Oswald of Osceola; and many caring nieces and nephews. He was preceded in death by his parents Fred Haatvedt and Nora Larson Burke, and his brother Roger.

Interment will be at a later date at Iowa Veterans Cemetery.

In lieu of flowers, please direct memorial contributions to the family, to be distributed to New Horizons Adult Day Center in Ankeny, IA, and the Alzheimer’s Association, Iowa Chapter, West Des Moines.