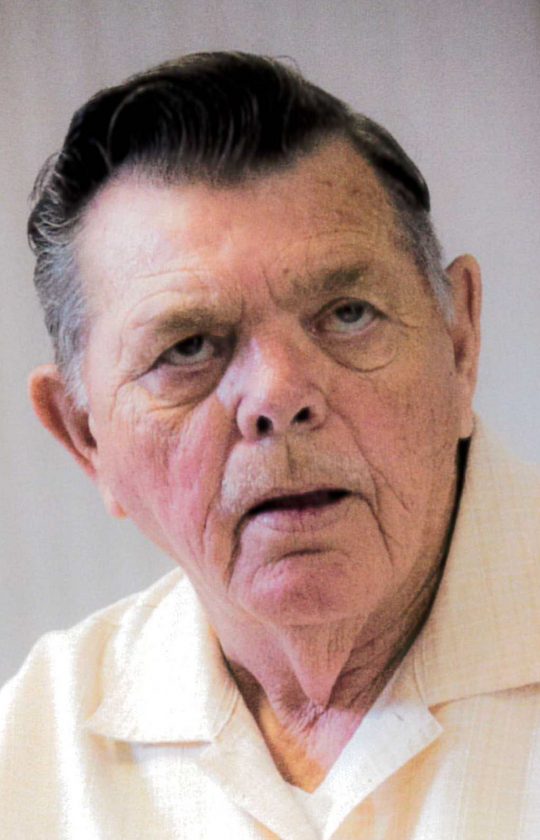 Funeral services will be held on Tues­day, Dec­ember 17th at 10:00 a.m., in the Chapel of the Laufersweiler-Sievers Funeral Home and 10:30 a.m., at Corpus Christi Church with Msgr. Kevin McCoy officiating the Mass of Christian Burial. Burial will be in Corpus Christi Cemetery with military rites conducted by the V.F.W. Post 1856 and the U.S. Navy Honor Guard. Visitation will be on Monday from 4:00 to 7:00 p.m., with a Vigil Prayer Service at 7:00 p.m. at Laufersweiler Funeral Home.

Floyd John Hood was born June 3, 1939, in Fort Dodge. He was raised in Fort dodge an attended both parochial and public schools. He graduated from Fort Dodge Senior High School in 1958. After graduation, he enlisted in the United States Navy and served until his Honorable discharge in 1962. On October 8, 1966, he was united in marriage to Linda Lara. The couple made their home in Otho. Floyd worked for Leighton Supply Company for 22 and a half years and in 1987 began driving truck for Single Source Transportation Company and later Ruan Trucking. He retired in 2001. He was an avid Iowa Hawkeye Fan. Floyd enjoyed camping trips to Okoboji and watching old westerns especially John Wayne. He had a great love for his family, wife, sons, grandchildren and great grandchildren. Floyd was a member of Holy Trinity Parish.