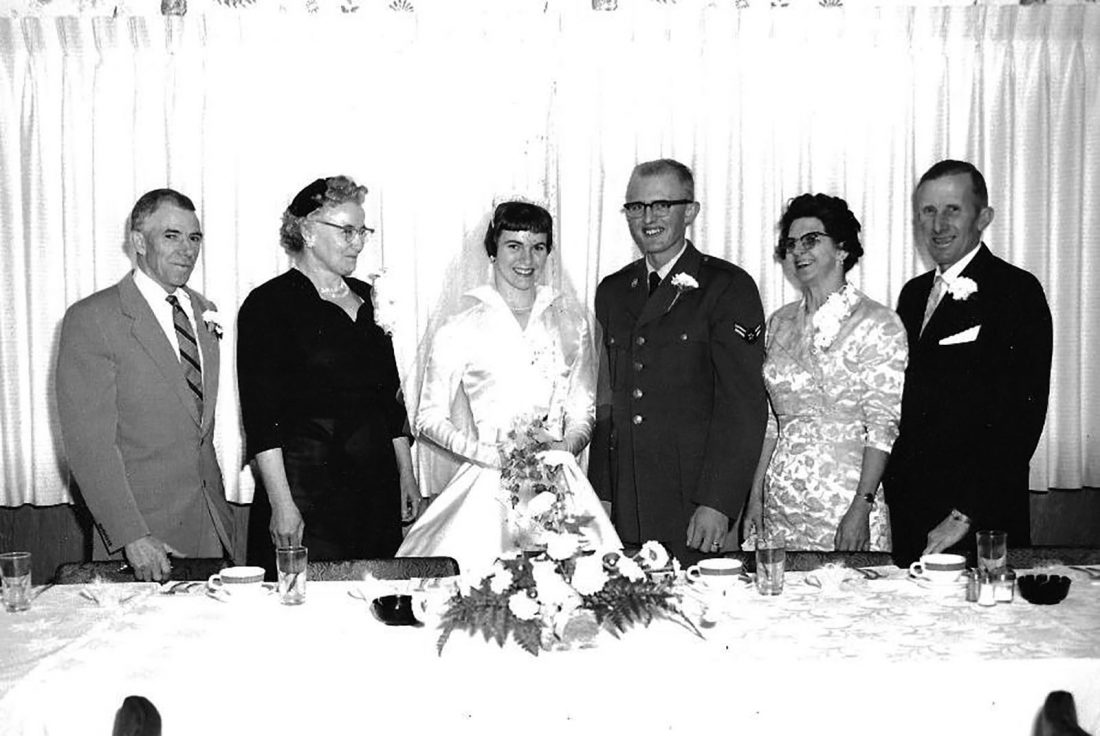 Esther Rose Spoo is the fourth child of William Anthony and Margaret Ellen (Morgan) Halligan to pass away. She was the sixth of eleven children and the fourth of seven daughters raised by her parents in Fort Dodge, Iowa. Esther was proud of her family: her oldest brother Jean, a talented golfer; her hunting and nature-loving brother, Don; her football-playing brother, Ken; and each one of her resourceful and beautiful sisters, Margie, Adeline, Lucy, Georgia, Carol and Charlotte. She was fond of quoting her mother saying, “I wouldn’t take a million dollars for any one of my children, but I wouldn’t give you a nickel for another.” Blessed with an abundance of family and friends, her high school graduation quote reads, “She is wealthy in her friends.”

Graduating from Fort Dodge High School in 1953, Esther went on to earn a teaching certificate at her alma mater Buena Vista College. Her first children were her younger siblings followed by her first and second graders in both Gruver, Iowa and St. Patrick’s Catholic School in Estherville, Iowa. On December 15, 1960, she married Ron Spoo, son of Elmer Eibo and Loretta Mary (Pluth) Spoo. She went on to raise her own two children, Margie and Mark, and to enjoy her grandchildren, Erin and Sean. She lived long enough to meet her great-granddaughter, Tess. Life with Ron (US Air Force) led her to many new places including Turkey and Japan. While maintaining her solid midwestern values, she enjoyed learning about new cultures and visiting historic sites such as Ephesus. In retirement Ron and Esther enjoyed traveling to Europe to visit their daughter’s family. She returned to her roots on a trip to Ireland. She found it a bit too rocky.

A woman of faith, Esther exemplified a faith that was active in good works. Although she was a busy full-time mother and homemaker, Esther found time to volunteer: to assist newly-arrived Air Force families (Military Family Services); to visit cancer patients in the hospital; to be a den mother; to visit retired nuns; to participate in prayer chains; and to make newborn gifts for young Air Force families. Esther loved listening to baseball on the radio with her dad as well as cheering on her favorite football teams. Her heroes included Mother Teresa and Alan Page. She was a prolific letter writer and loved to read, crochet, decorate and bake. Her quiet time was spent getting up early in the morning to sit in her kitchen enjoying her plants and flowers while watching squirrels outside in her garden. Esther kept a tidy and clean household minus one junk drawer. She enjoyed walking for exercise and chatting with her neighbors. Supermarkets were for shopping and meeting new friends. Sundays were for church and seeing friends.

Ron and Esther retired under the towering Pikes Peak in Colorado Springs, Colorado. Following Ron’s death in 2013, Esther moved to Washington DC to be cared for by her daughter and to live in the Knollwood retirement community where she again made many new friends. She will be laid to rest beside her loving husband in Arlington National Cemetery.

In her Bible Esther had written one quote, “My one perfect gift…a humble, contrite and loving heart.”