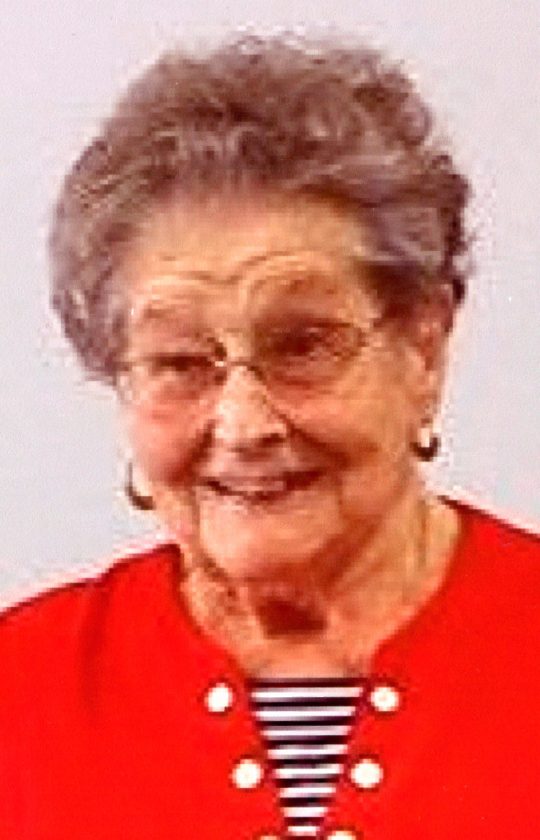 Bernice “Bee” H. Guderian was born in Gilmore City on March 21, 1924, to Fredrick and Harmena (Krie) Guderian. She married J. LeRoy Feaster on March 24, 1942, in Gilmore City. They farmed for a short time in the Mallard and Gilmore City area before moving to Badger, IA, where they farmed until 1983. They moved to Fort Dodge in 1991.

Bee moved to Bickford Cottages in 2013 because of her failing eyesight.

She was preceded in death by her husband in 1998, her brothers Julius Guderian and LeRoy Guderian and Fredrick “Fritz” Guderian, and her sisters Maria Guderian, Hazel Jensen, Anna Applegate and Marguerie Bundy.

She is survived by her brother Harrold Guderian of Glenwood, MN, and sisters-in-law Delma Guderian of Humboldt and MarJean Guderian of Pocahontas and numerous nieces and nephews.