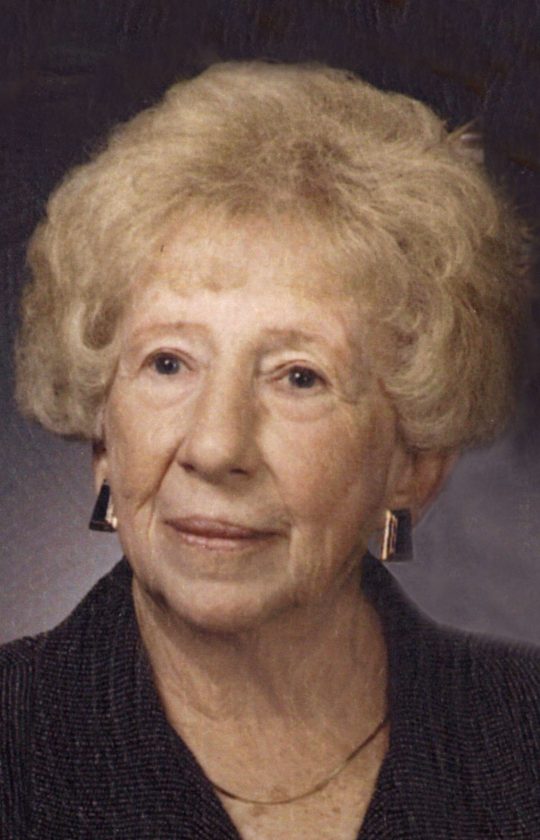 She was born May 26, 1927, in Freeport, Ill., the daughter of Fred C. and Mrytle Wachtel Leigh. She married James Melvin Mortensen on May 14, 1952, in Clinton and he preceded her in death.

Mary graduated in 1949 from Cornell College in Mt. Vernon, with a Bachelor’s Degree in Elementary Education, and taught second grade for three years in Clinton. She and her husband moved to Fort Dodge where she was employed as a substitute teacher and cafeteria worker and was a member of the Methodist Church and the P.E.O. Sisterhood. In 1985, they retired to Spirit Lake, where she resided until 2008, before moving to the Western Home in Cedar Falls.

Preceded in death by: a brother, Dr. Fred Leigh.

A private family service will take place in Spirit Lake with burial in Lakeview Gardens Cemetery, Spirit Lake. Hagarty-Waychoff-Grarup Funeral Service on South Street, Waterloo, is in charge of arrangements.

Mrs. Mortensen was a devoted mother and enjoyed spending time with her children, grandchildren, and great-grandchildren. She valued her many friendships. Her interests included music, the performing arts, movies, and shopping. Her volunteer work included reading with children and staffing a local art museum.