Peitsch will leave St. Paul Lutheran for opportunity in Ute

-Messenger photo by Hans Madsen
The Rev. Nathan Peitsch, associate pastor at St. Paul Lutheran Church, poses in the sanctuary Friday morning. Peitsch is leaving to become a pastor of a congregation in Ute. 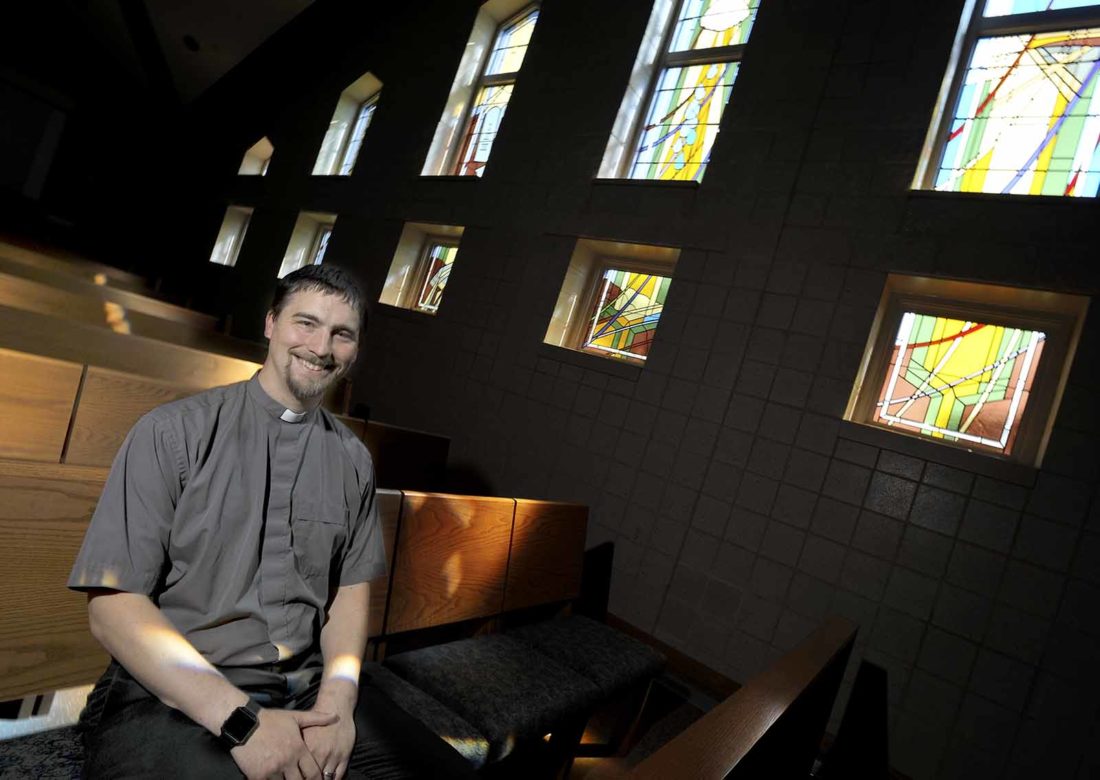 -Messenger photo by Hans Madsen
The Rev. Nathan Peitsch, associate pastor at St. Paul Lutheran Church, poses in the sanctuary Friday morning. Peitsch is leaving to become a pastor of a congregation in Ute.

Aug. 12 will be his official last day in Fort Dodge.

Peitsch has enjoyed his time with St. Paul and has grown here, both professionally and spiritually.

“I’ve continued to learn the benefits of letting God run things,” he said. “He’s going to work it out; he’s going to take care of his church. We can trust God to see us through.”

He’s also gotten to experience a leadership role. He’s helped out with the church’s school while they were searching for a principal among many other things.

“It was one of many hats I’ve gotten to wear.” he said.

He’s also grateful to the congregation.

“I’ve learned just how wonderful a congregation can be in supporting and caring for us.” he said.

Peitsch is legally blind and is unable to drive. He said that many members of the congregation have helped him during his tenure here by providing transportation for him to make hospital, funeral home, hospice and other visits.

“It’s been great,” he said. “I’ve developed a deeper relationship with those drivers. I find the best conversations have been while parked in front of the church or my home.”

Peitsch has had to adjust his pace of life several times.

He grew up in the Detroit area and attended Concordia Seminary in St. Louis. His wife Megan grew up in Orange County, California.

“The real learning curve was coming here to a slightly more rural setting,” he said. “That was the real shift. We had both grown up in larger cities.”

He liked it, though, once he adjusted and he found the community welcoming.

Making the decision to leave Fort Dodge for a new calling wasn’t easy. He relied on his faith.

“This church in Ute calls me, but this church is also a calling.” he said. “Which one does God want me to serve? That’s hard.”

In the end, he made the call to serve the 350 member congregation in Ute. He said the town features several restaurants he plans on trying, and a park is nearby for his children.

He might even be convinced to leave the small bag of Lego bricks on his desk behind. They found his way to his office one by one as they were discovered in the school.

“I led the Lego League here at school,” he said. “Those were left behind.”