Many people are paying with credit or debit cards

-Messenger photo illustration by Kelby Wingert While the nation has faced a coin shortage in recent weeks, its impact has not been felt much in Fort Dodge, local bankers said. 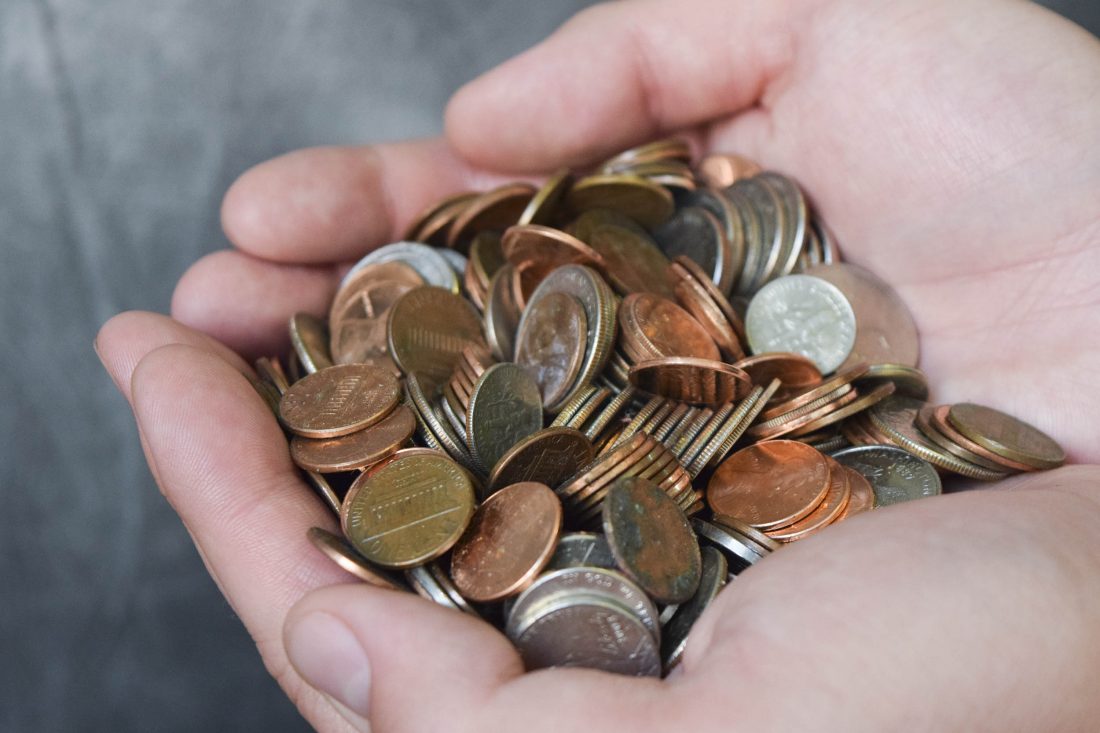 -Messenger photo illustration by Kelby Wingert While the nation has faced a coin shortage in recent weeks, its impact has not been felt much in Fort Dodge, local bankers said.

While the United States has faced a nationwide coin shortage in recent weeks, the Fort Dodge area seems to have not felt the effects of it much.

A handful of local businesses have displayed signs politely asking customers to pay with exact change, but a couple local banks say they haven’t had many problems serving their customers’ needs.

“What it really boils down to is just the number of coins that the Federal Reserve bank has and they’ve been limited to what they have and what they can bring into our cash vault,” said John Taets, regional bank manager for Northwest Bank.

Northwest Bank has a centralized vault for all of its banks, he said, allowing Northwest to manage the cash and coins sent to each of its branches based on the needs of those branches.

“We’ve been able to meet all the demands of our customers through that central vault, being able to get them what they need to carry on their business day to day,” Taets said. “We got real close on dimes a while back, but we managed to get through that.”

To help make sure that each customer and business that banks with Northwest could access at least some of the coins, they did temporarily limit how many rolls of coins that could be withdrawn at a time.

“What we’re trying to do is just make sure that everybody is able to get coins,” Taets said. “If you wanted three rolls, you may get one.”

The coin shortage is a result of the impact of the COVID-19 pandemic disrupting the supply channels of circulating coinage, the United States Mint said. Since the pandemic began in the early spring, retailers across the nation have closed or scaled down operations, while consumers have started relying more on credit and debit payments and online shopping rather than using cash and coins.

“Simply put,” the U.S. Mint said in a release, “there is an adequate amount of coins in the economy, but the slowed pace of circulation has meant that sufficient quantities of coins are sometimes not readily available where needed.”

Now, the coin shortage is starting to dwindle, Taets said, adding that he’s starting to see the Fed ease up on the limitations of what it provides the bank’s cash vaults.

“We have coin machines at all our locations, so that helps that we’re able to bring (coins) in,” Scott said.

“We’re fortunate to have those coin machines,” Scott said. “It would be hard to serve our membership if we didn’t.”

Though the impact of the national coin shortage may not have been felt much in Fort Dodge, the U.S. Mint still encourages consumers to spend their change or take it to a bank to exchange for cash in order to put those coins back into circulation.

“If they want to bring their coin in, we’re more than happy to take it and process it and put it in our central vault or send it to the Federal Reserve,” Taets said.