-Messenger file photo
The Livestock Pavillion will be bustling come August when the Iowa State Fairgrounds host the Fair Special, a 4-H and FFA livestock show. 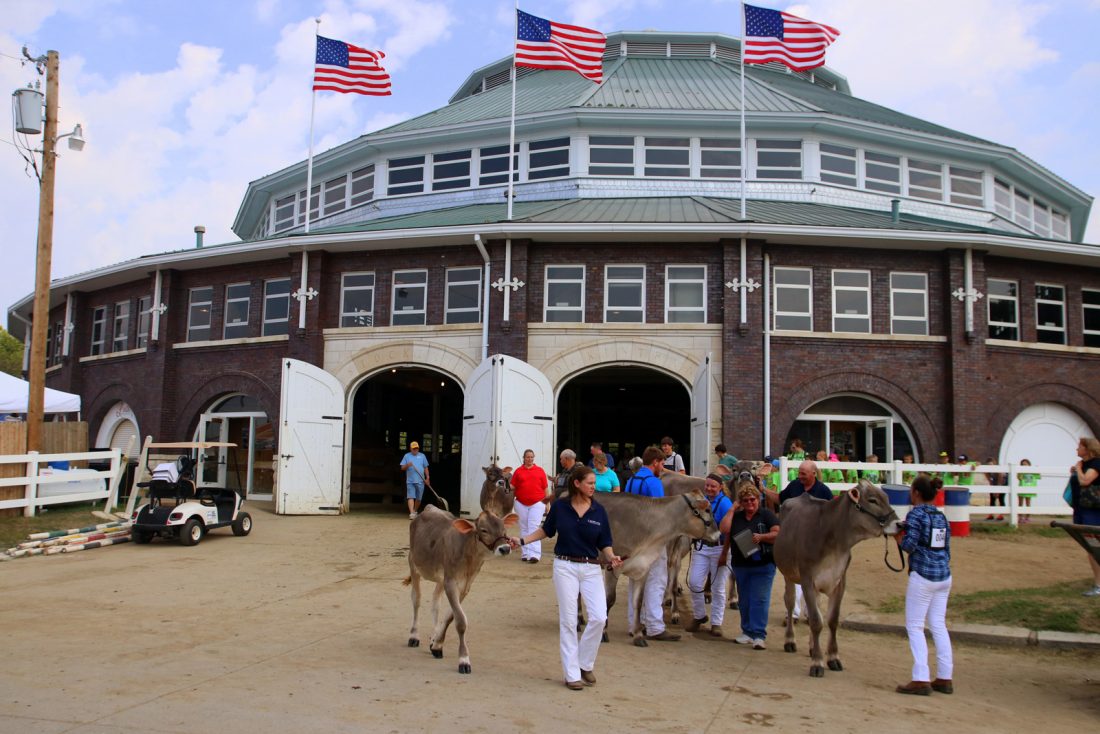 -Messenger file photo
The Livestock Pavillion will be bustling come August when the Iowa State Fairgrounds host the Fair Special, a 4-H and FFA livestock show.

There has been some hope given to those youth who were saddened to hear the cancellation of the Iowa State Fair earlier this month.

“It was a difficult week last week for me — emotional as well as trying to keep everything together and give the information to my board that they needed to make this difficult decision,” said Gary Slater, manager and CEO of the Iowa State Fair. “It’s one that affects us all. We all love the Iowa State Fair. We live for the fair. It’s a part of who we are here in Iowa, and certainly, to postpone this year’s fair, we won’t have our annual get together until next year. It’s really heartbreaking that’s for sure.”

“Certainly keeping everybody safe and healthy is important and the fair will live on,” he said. “That’s why we said it’s postponed and not just cancelled.”

With that difficult decision aside, the fair board knew there was one thing they could go ahead and do, and that was to hold a junior livestock show.

“That was in the motion that postponed the fair – that the staff would look into the feasibility of that,” Slater said. “We are calling it the 2020 Fair Special Junior Livestock Show. It’s not the Iowa State Fair, but it will be really close.”

He said they are proposing that during the first three weekends of August, those 4-H and FFA livestock projects come to the Iowa State Fairgrounds, categorized by species. During this time, he said they will be controlling the density of people.

“We will have no more than X number of people on the grounds at any one time because we are limiting the number of people that can come with any one project to three. The exhibitor, which is the 4-H or FFA member, and two others,” he said.

In addition, Slater said they will be selling a limited number of wrist bands.

The animals coming to the Fair Special are those that have been previously nominated and are already in the system.

Slater said there had been an outpouring from people showing sentiment for their 4-H and FFA members, encouraging the Iowa State Fair to hold the junior livestock show.

“These projects are things they work on all year long,” he said. “It’s a building process to get ready for the Iowa State Fair — there’s no doubt about that. There’s been a lot of cancellations of things this year — proms, sports, graduations; so this is something that we can give them to restore a little bit of something positive coming out of 2020. We wanted to do that.”

“A lot of our grandstand entertainment that we had announced, we were able to push those same dates to next year,” he said. “That’s a positive and the same is with our free entertainment on our grounds. That’s going forward.”

Slater added the fair board is going to take this down time to really look at the processes of the fair.

“Those things that we, as staff and a board don’t have time to maybe change,” he said. “We will try to look into possibly streamlining some things– to make them more user-friendly for our exhibitors and concessionaires and fairgoers and try to improve and make the fair better so we can certainly have a great, great fair in 2021.”

Slater said they are working on some possibilities to try to give a little taste of the fair yet this year.

“Stayed tuned with us,” he said. “There may be a couple weekend days in late July that you can come by the Iowa State Fairgrounds and get a taste of some of those tantalizing treats. We will be announcing some of that in a couple of weeks.”