-Messenger photo by Kelby Wingert
Jayden Johnson, 19, of Fort Dodge, chants with other Black Lives Matter protesters in front of the Webster County Law Enforcement Center on Sunday night. About a hundred community members came out to the protest, which remained peaceful. 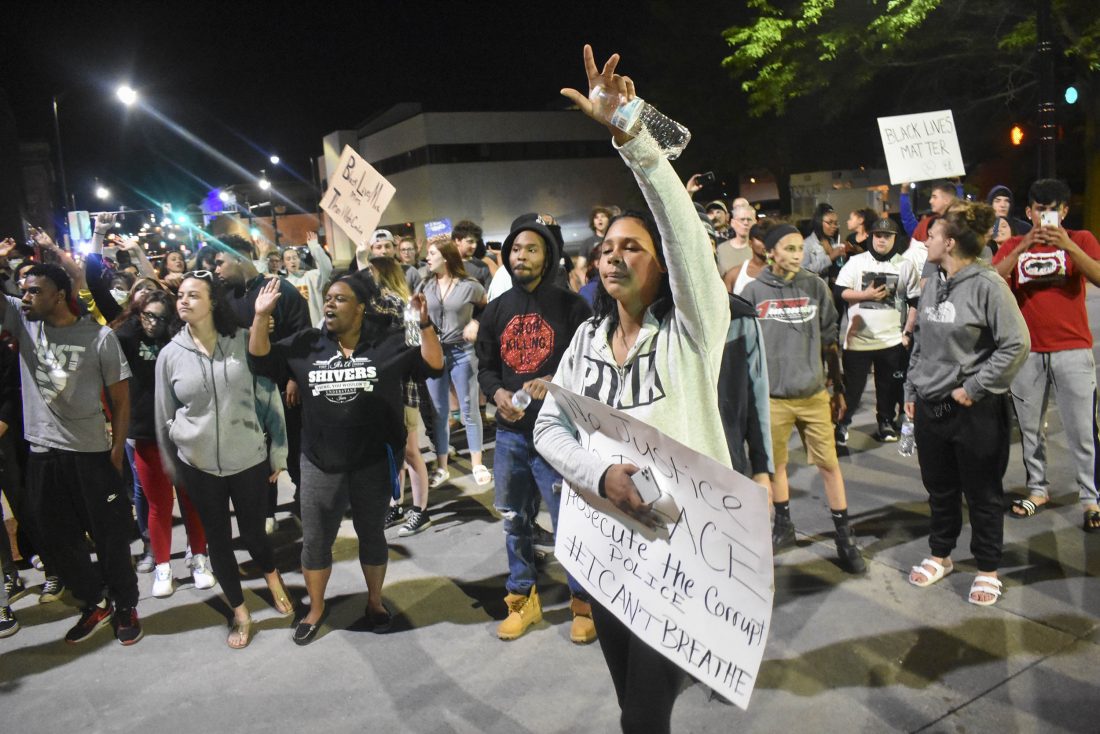 -Messenger photo by Kelby Wingert
Jayden Johnson, 19, of Fort Dodge, chants with other Black Lives Matter protesters in front of the Webster County Law Enforcement Center on Sunday night. About a hundred community members came out to the protest, which remained peaceful.

About 100 community members gathered at the square in downtown Fort Dodge just before 9 p.m. on Sunday. A short while later, they started marching east on Central Avenue, some waving handmade signs with the words “Black Lives Matter,” “No justice no peace,” and “George Floyd.”

Chants could be heard as the crowd made its way down Central Avenue and back up First Avenue South toward the Webster County Law Enforcement Center.

“Hands up, don’t shoot,” they chanted. 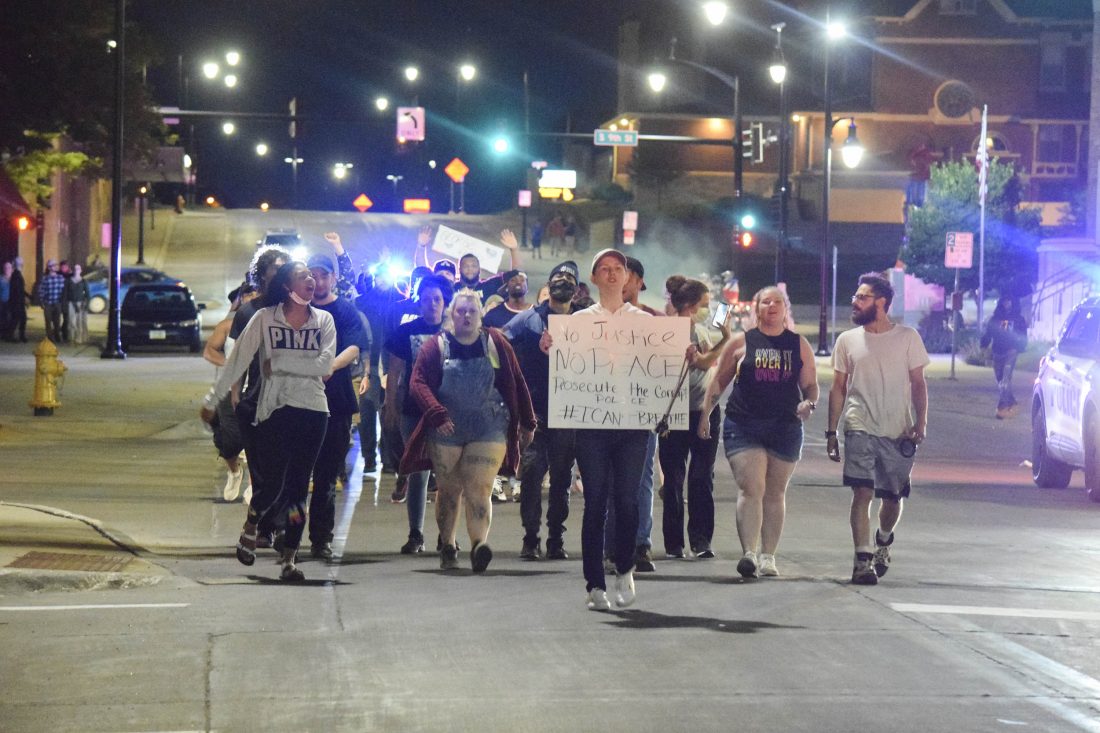 “No justice, no peace, no racist-(expletive) police.”

The protesters marched in the middle of the street, following their escort — a Fort Dodge Police Department squad car.

Jayden Johnson, 19, of Fort Dodge, isn’t sure who first came up with the plan to have a Black Lives Matter protest in downtown Fort Dodge on Sunday night. She received a message of a screenshot and forwarded to some friends. When she arrived to the square in downtown, she became the protest’s de facto leader.

“I was the first one here and nobody really stepped forward,” she said. 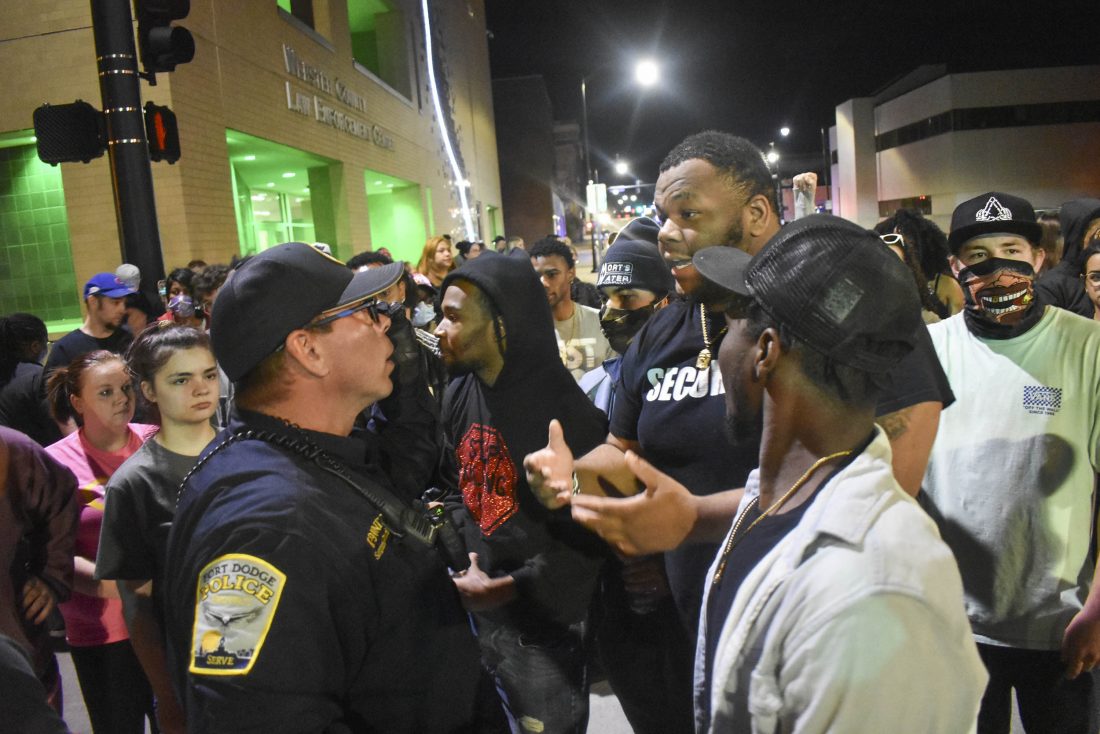 Marching in support of Black Lives Matter — and in honor of George Floyd, the Minneapolis man who was killed on May 25 after a police officer kneeled on his neck until he was unresponsive — was important to Johnson, who said she’s felt the sting of racial bias in her hometown.

“Officers in this town have treated me different because of my skin color, so we need to take a stand to it,” she said. “We need this to end.”

“It was peaceful. The police are listening a little bit, some of them are, but we’re trying our best,” she said. 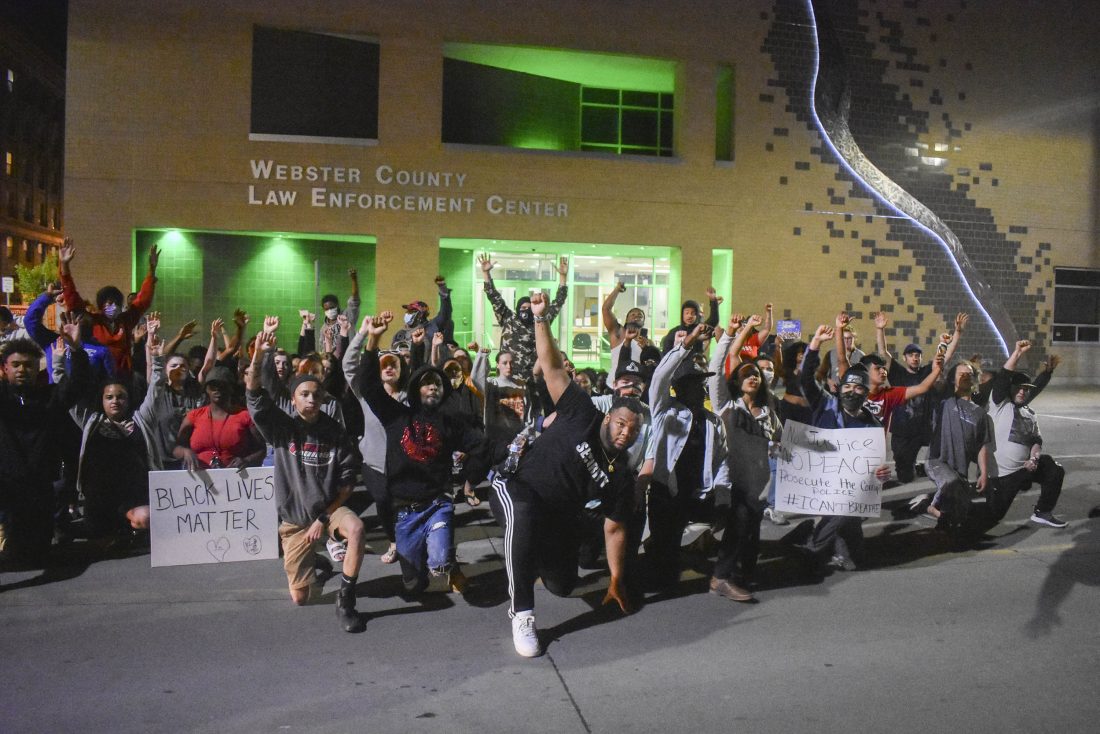 “I think it was very positive,” he said. “They’ve got a message and we hear the message.”

Porter said he understands the pain and frustration the black community feels following the death of Floyd.

“We put out a letter condemning what happened up there,” he said. “And these guys are right — putting your knee on someone’s neck for that amount of time for any reason, it’s not right, it’s not how we’re trained. I hear the message and we see you.”

Assistant Police Chief Cory Husske marched alongside the protestors. Mending community relations and building on trust has been a priority for Porter and Husske since they took over the department, Porter said.

Johnson encourages people to continue protesting, but urges them to stay peaceful.

“If you’re protesting, keep it peaceful,” she said. “No violence in Fort Dodge, please, no more than we already have.”