World War I casualties were mostly from disease

Porsch first FD?man to die in WW I 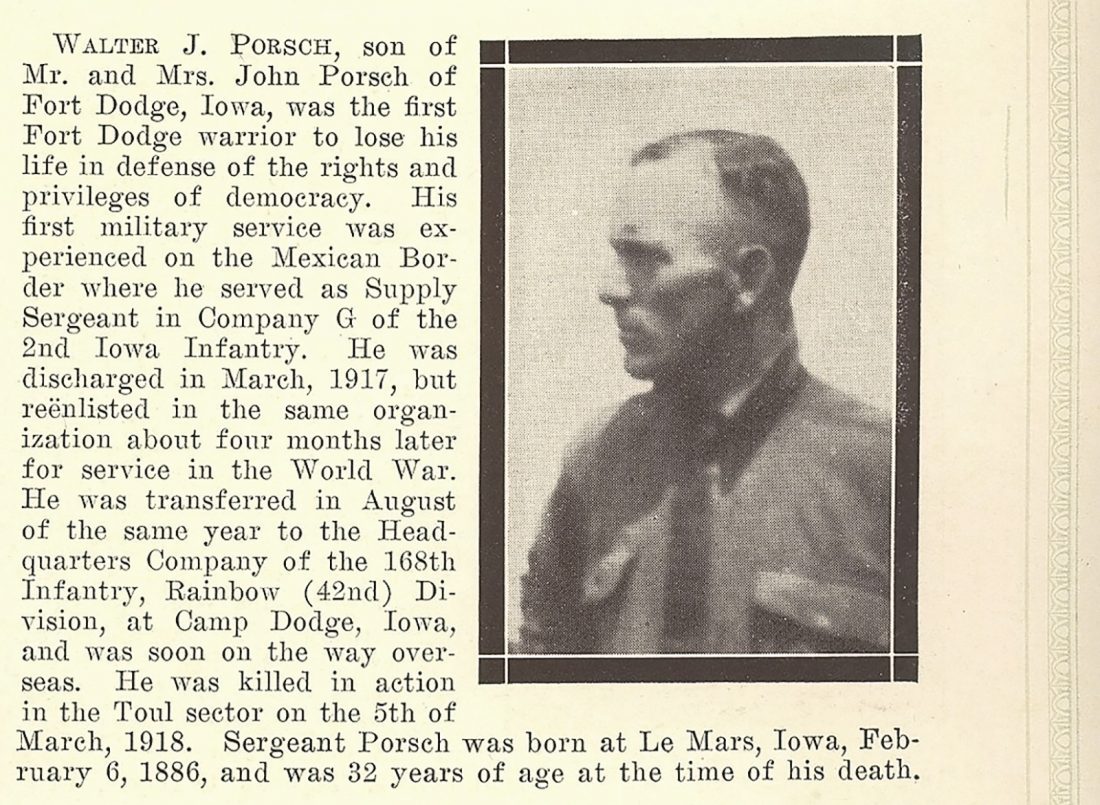 Of the dozens of Webster County men who died in the war, about one-third were killed in action or as a result of wounds from fighting. Nearly two-thirds died of disease — mostly influenza or pneumonia.

The first Fort Dodge man to die in World War I was Walter J. Porsch. He died in action on March 5, 1918, in France. The VFW Post in Fort Dodge is named after him.