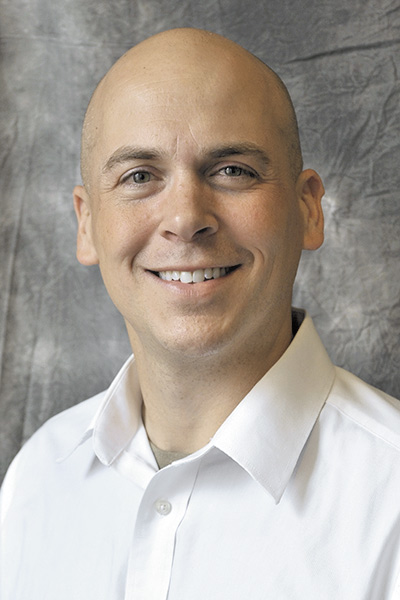 Editors note: In the most recent in a series of articles introducing candidates on the June 2 primary election ballots, Jeremy Taylor, a candidate for the Republican nomination in the Fourth Congressional District, answers some questions from The Messenger.

The Fourth Congressional District includes Webster County and all of its surrounding counties.

I am an Army National Guard chaplain and major, an energy specialist for the Sioux City Schools and a small business owner.

I have a B.A. in English from Dowling College, Oakdale, New York; an M.A. in Literary Studies from the University of South Dakota, Vermillion, South Dakota; an A.A. from Cochise College, Arizona, in Intelligence Analyst Systems; and an M.Div. from Liberty University, Lynchburg. Virginia.

I am a proven leader with innovative solutions to real challenges. I have floor-managed significant legislation in the Iowa Statehouse and helped lead in the Fourth District’s largest county on the Woodbury County Board of Supervisors. I am an officer (major) and chaplain in the Iowa Army Guard, the only active service member in this primary race.

Fourth District Republicans deserve a nominee who can win. JD Scholten beat Steve King in Webster County when Gov. Reynolds won it last time just as JD Scholten won Woodbury by 3,000 in the same election I won by 4,000. That was before losing committee assignments critical to the Fourth District such as Ag, Judiciary, and Small Business. We need someone who can win and help take back the U.S. House. On the other hand, Fourth District Republicans seek a true constitutionalist to replace Steve King, whom I respect, rather than an establishment go-along-to-get-along Republican.

I am the most conservative candidate who can win the general election. I have an A ranking from the NRA, and I am the only legislator with an A ranking from the American Conservative Union. I am supported by over 60 Fourth District conservative activists, faith leaders, and elected officials, including the co-chair of the Iowa Trump campaign, the lead counsel for Iowa’s “Heartbeat Bill,” and the ISU College Republicans. I will stay strong and firm in my convictions, never allowing money or influence and instead be guided by constitutional principles, my faith and conscience, and the best interest of families in the Fourth District.

In your opinion, what is the No. 1 issue facing the nation and what would you seek to do about it if elected?

Restoring Congress to limited constitutional principles to once again work for the people. This means passing a balanced budget amendment, a 1% annual reduction in spending, lower taxes, limited regulations, and term limits to return power to the people. I’ll stand for life, the most fundamental issue of all; the Second Amendment, and a secure border to respect our national sovereignty. I’ll seek to be a Congressman who works for the people by taking up issues on committees everyday Iowans are facing, from our ag economy to everyday small businesses, fellow soldiers and veteran issues, and families who need the kind of servant leadership that led me to this call to service.

What would you recommend to rejuvenate the economy?

As a small business owner, making investments is critically important. I’ll seek to make the recent tax cuts permanent so job creators have more income, roll back the more than 60,000 pages of rules and regulations, and help curb the rising cost of health care using free-market solutions. This allows individuals and business owners to keep more income. The federal government currently spends nearly 25% of GDP (our entire private economy). Getting control of spending and allowing families and job creators to keep more income is sound economic and fiscal policy.

Our Fourth District has one in every five jobs related to ag, so we need to start with a strong ag economy, which affects every farmer, livestock producer, implement store and ethanol plant. We need to have free but fair trade and move toward stability in our trading markets, increasingly diversifying additional markets in addition to China. We need to have a congressman who sits on the Ag Committee, which I would advocate, and I will fight for the Renewable Fuel Standard against a reckless EPA, which continues to decimate our ethanol industry; for fair beef pricing for producers here in Iowa; indemnity payments for producers during the current pandemic. We also need to support USDA programs, which I have helped to advocate for at the county level, in order to bring fiber/broadband services, which so many rural businesses now depend on but for which is often a struggle.

We need to ensure that we have maximum flexibility for emergency situations such as this, including guaranteeing we can meet the needs of medical manufacturing and not be beholden to China during such a time as this. We also need to make sure that testing equipment and responders have adequate material and supplies.

Generally speaking, we need to ensure that individuals can have health savings accounts that encourage the same tax parity as employer-based plans, which allow for portability from employer to employer or when losing employment. Increasing competition, portability, accessibility and choice is key, such as shopping for insurance across state lines and transparency in medical services and prescription drug pricing.

As a National Guardsman, we will need to continue training for such scenarios as this. With that said, our Guard has done an incredible job meeting the needs and response of delivering PPE and medical supplies in coordination with our health care system here in Iowa.