On the way up

FDSH?grad following his dream in LA 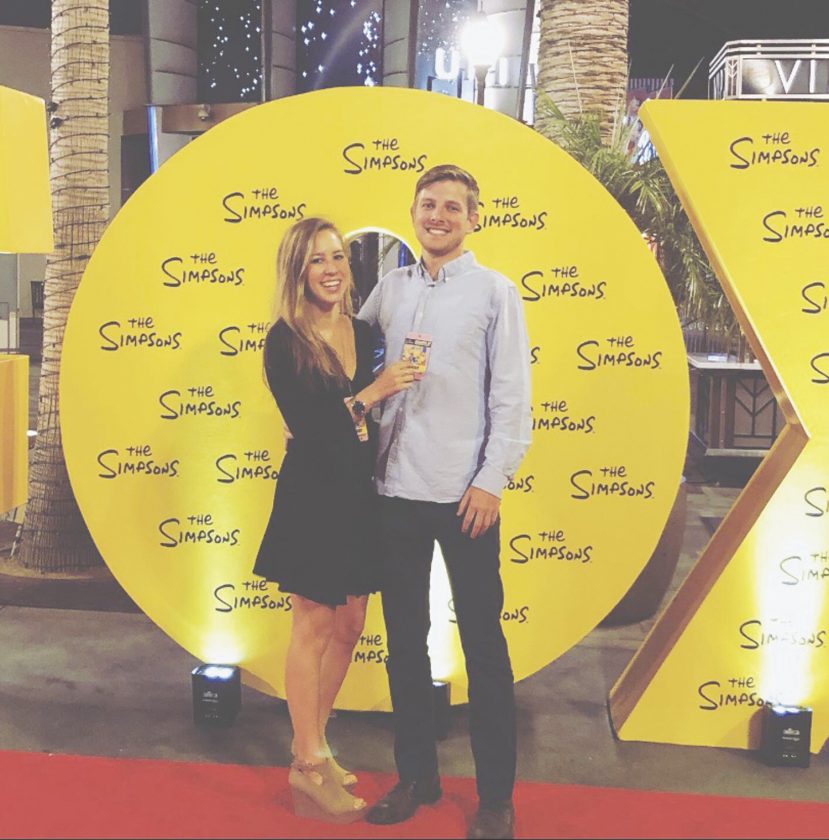 Carson Aden knows where he wants to end up, but getting there has been an adventurous ride in the process of building his dream.

“I am a stage coordinator for FOX Studios,” Aden said. “I book the shows that use our stages and also manage the filming on the lot.”

On his way to FOX Studios, Aden was in another big city before making the jump.

“I was in Chicago before L.A. for three years working for Big Ten Network,” Aden said. “BTN is owned by FOX, so I was able to transfer into FOX.”

Aden is enjoying the process, but eventually wants to be the one on set directing.

“Eventually I would like to get into directing and writing my own stuff,” Aden said. “Right now I’m just going where the path leads me. I get to work directly with directors from FOX on different TV shows.

“I’m just climbing the ladder and really paying attention to the directors.”

With 15 stages on the FOX lot, Aden has worked pretty close with the shows.

“There is quite a variety of shows on the lot, as the majority are 30-minute shows. A lot of them are comedies, but every now and then a feature will come through.”

While working on set, Aden has rubbed shoulders with some of the actors and actresses while putting shows together.

“I’m pretty close to the set, so that requires me to work directly with them,” Aden said. “It’s almost like they’re my co-workers on the shows that we have with the stars. I’ve worked with Randal Park (star of ‘Fresh Off the Boat’), who directed their series finale. I’ve also been on set with Julia Bowen from ‘Modern Family’ and Fred Savage.”

Even before hitting the FOX set, Aden had some other interesting stops.

“Before L.A. I freelanced on the ‘Bachelor’ season in Iowa,” Aden said. “I also did some stuff for ‘American Pickers’ and a bunch of other stuff.”

Even though the city is still on lockdown because of COVID-19, Aden has been able to work from home.

“We’re still in lockdown, but it’s not so bad,” Aden said. “Our area is pretty hilly and it’s near a big park. We go on walks and it’s beautiful outside. There is not a whole lot going on now, because most things are shut down.

“A lot of my job is onset stuff. If a director says, ‘I want to shoot a scene where we want to turn New York to a Christmas town and I need an ice rink.’ I have to coordinate to do what needs to happen to make it work.”