Kraayenbrink, Meyer outline what awaits in the state Capitol

The Iowa Legislature will get back to work in the state Capitol on Wednesday with the ambitious goal of crafting a budget and handling some policy issues in about a week and a half, according to two Fort Dodge lawmakers.

State Sen. Tim Kraayenbrink and state Rep. Ann Meyer, who are both Republicans, outlined their expectations for the remainder of the 2020 legislative session Friday morning during a webinar sponsored by the Greater Fort Dodge Growth Alliance.

Legislators have not been working in the Capitol since the session was suspended in March due to the COVID-19 pandemic.

Kraayenbrink said the lawmakers will resume Wednesday with the goal of completing all their work by June 13.

”I think we’ll try as hard as we can to get things wrapped up as quick as we can,” he said.

There is one major deadline the legislature and Gov. Kim Reynolds must meet. The next fiscal year begins July 1, so the 2020-2021 state budget must be completed and signed into law by that date.

Kraayenbrink said he expects a status quo spending plan that will be very much like the current $7.6 billion budget.

Before the session was suspended, lawmakers passed a $100 million increase in aid to public schools, which Reynolds signed into law.

The state received money from the federal CARES Act, the stimulus package that also provided the $1,200 payments to individuals. Also, before the pandemic hit, the state had $450 million in its savings account.

”We’re not going to have to be as cut-happy as we thought we were going to be,” Kraayenbrink said.

The senator said he expects there will be an effort to exempt the $1,200 stimulus payments from state income tax.

Meyer said there are several task forces at work in the House of Representatives examining ways to improve the state’s response to future pandemics or similar crises.

”This caught everyone by surprise,” she said. ”There weren’t any processes put in place to address this.”

The plans being discussed, she said, would address pandemic situations on a regional or county by county basis to avoid the need to shut down the entire state.

In response to the current pandemic, a variety of state regulations were suspended. Meyer said representatives are examining those suspended regulations to see if there is a way to ”keep them out.”

Meyer said some of the federal money from the CARES act was used to set up a new mental health hotline for the Department of Human Services.

She said that during the pandemic, mental health issues have become ”a problem that has only gotten worse.”

Meyer added that she’s worried that child abuse has increased recently and isn’t being reported because students aren’t around their teachers, who are mandatory reporters of such abuse.

Before the session was suspended, the House passed four bills that Meyer wrote to improve child care in the state. On Friday, Meyer said she believes the Senate will pass those bills in the closing days of the session and send them to Reynolds.

One of those bills would gradually reduce the amount of state child care assistance a parent receives if their income increases. Currently, the parents immediately lose all assistance when their income reaches a certain level.

The other bills increase rates for providers under the state child care assistance program, define infants and toddlers under that program and establish a matching grants program for early childhood education.

Workers who will be serving alcohol during the Gowrie 4th of July celebration’s street dance have completed ...

Webster County gained 25 new COVID-19 cases between Monday and Wednesday, a 15% jump that brought the caseload to ... 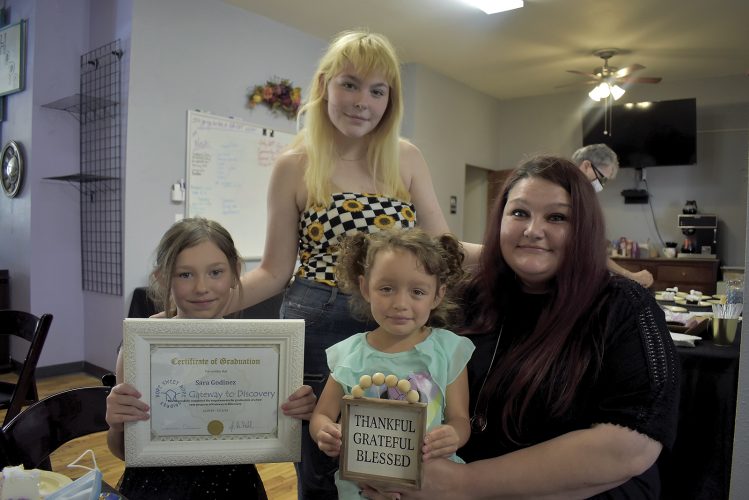 Graduates celebrate a milestone of recovery

FD man arrested for shooting at a vehicle on Highway 169

An 18-year-old Fort Dodge man has been arrested after police say he shot at a vehicle while driving on U.S. Highway ... 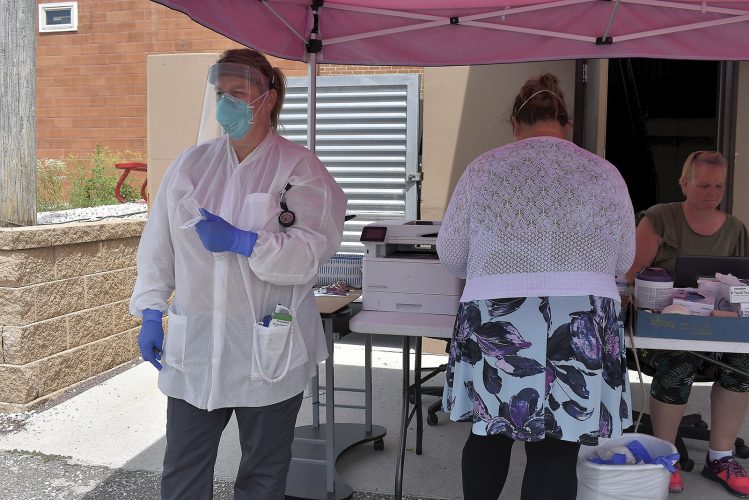 Residents at Friendship Haven who have had limited to no contact with their loved ones since the COVID-19 pandemic ...