$240,000 in improper spending leads to arrest of Mulholland 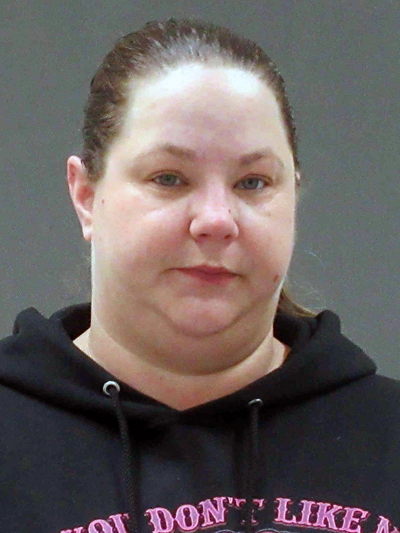 WWEBSTER CITY — A former administrative assistant with the Webster City Chamber of Commerce was arrested Wednesday on four felony charges related to more than $239,586.23 in improper disbursements and $23,602.83 in unsupported disbursements from that organization..

Leah Rae Mulholland, 40, Webster City, was charged with ongoing criminal conduct, first degree theft, unauthorized use of a credit card and forgery, according to information from the Iowa Department of Public Safety. Mulholland is being held at the Hamilton County jail on $50,000 bond. A preliminary hearing was set for 12:30 p.m. on March 11, according to online court documents.

Of those checks, 139 were payroll checks, four were bonuses and two were reimbursements. The audit also revealed 222 unauthorized checks ranging from $20 to $2,000.

There were also $23,602.83 of unsupported disbursements, according to the auditor’s report.

The audit also found that Mulholland had garnishments that should have come out of her payroll check, but instead came out of the Chamber account on seven dates.

Auditors additionally found 846 debit card transactions with only 107 that were properly supported by chamber records.

Other examples from the audit using the debit card included:

∫ Twenty-one payments to cell phone providers, totaling $3,507.82. The Chamber did not issue cell phones to employees and it was not the policy of the Chamber to pay for employees’ personal cell phone bills.

• Eleven payments that didn’t correspond with any business purchases to various hotels totaling $2,719.72.

• Payment to a credit card company for $1,513.20. “Because the chamber did not have a credit card, we determined the payment was for a personal credit card,” the audit stated.

• Thirty payments to various Webster City restaurants, totaling $699.29 that didn’t appear to correspond with any business purpose, according to the audit.