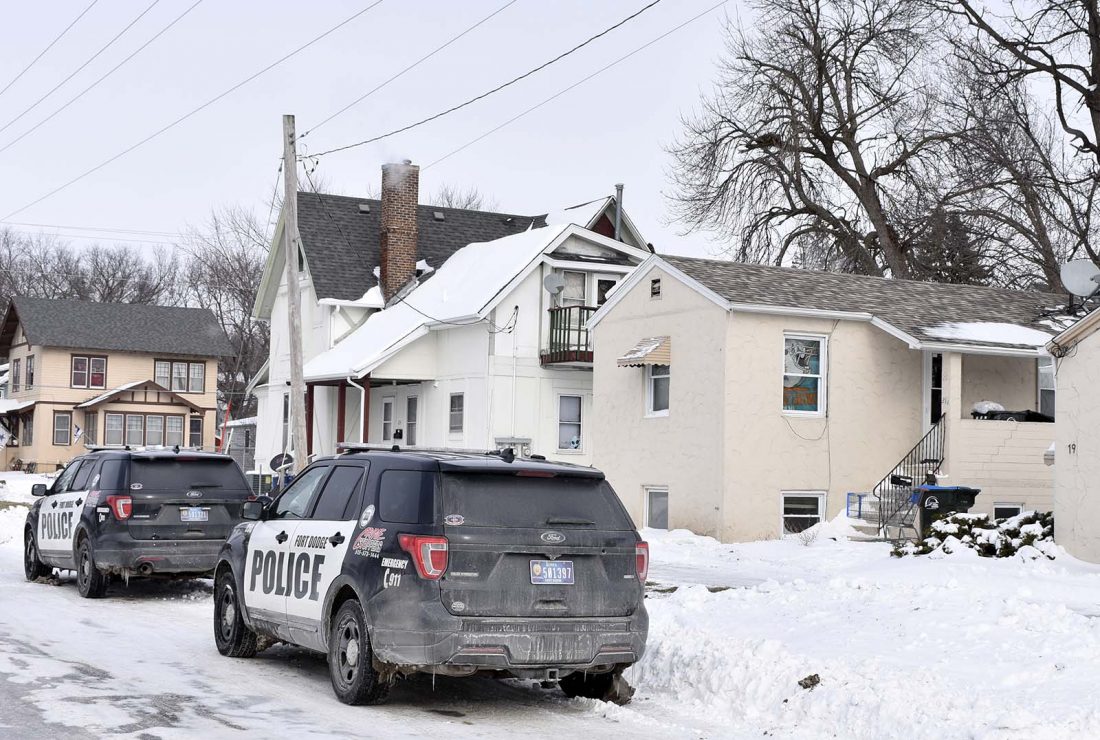 A Fort Dodge man was arrested on a first-degree murder charge after Fort Dodge police say he killed a woman, previously believed to be his girlfriend’s mother, Monday morning.

Mark D. Russell, 28, was detained at 21 N. 14th St. after police responded to a call regarding an altercation at approximately 9:14 a.m. The caller reporting the altercation to the Webster County Telecommunications Center said that a man and woman were arguing, according to a press release from Fort Dodge Police Department.

Officers found an unresponsive woman, 45, inside the home shortly after their arrival. There, they detained the defendant on the scene as they began resuscitation on the woman. The woman was pronounced dead after efforts by police and emergency medical treatment from the Fort Dodge Fire Department.

First Assistant County Attorney Ryan Baldridge said Tuesday that the defendant was not in a relationship with the victim’s daughter at the time of the alleged offense, contrary to what police initially thought.

“The preliminary investigation into this incident suggests that an altercation broke out between the male and female,” the police press release Monday said. “At some point, the the male subject grabbed an object from inside the residence, using it as a weapon, striking the female.”

Officials did not release the woman’s name Monday evening.

Anyone with information on the incident is encouraged to call the police department or submit tips anonymously via Crime Stoppers by calling 515-573-1444 or texting “LEC” followed by the tip to CRIMES (274637).

The staff at Fort Dodge Middle School started implementing a new system to address and resolve conflict within its ...