Rutz settles in as resource officer in Humboldt 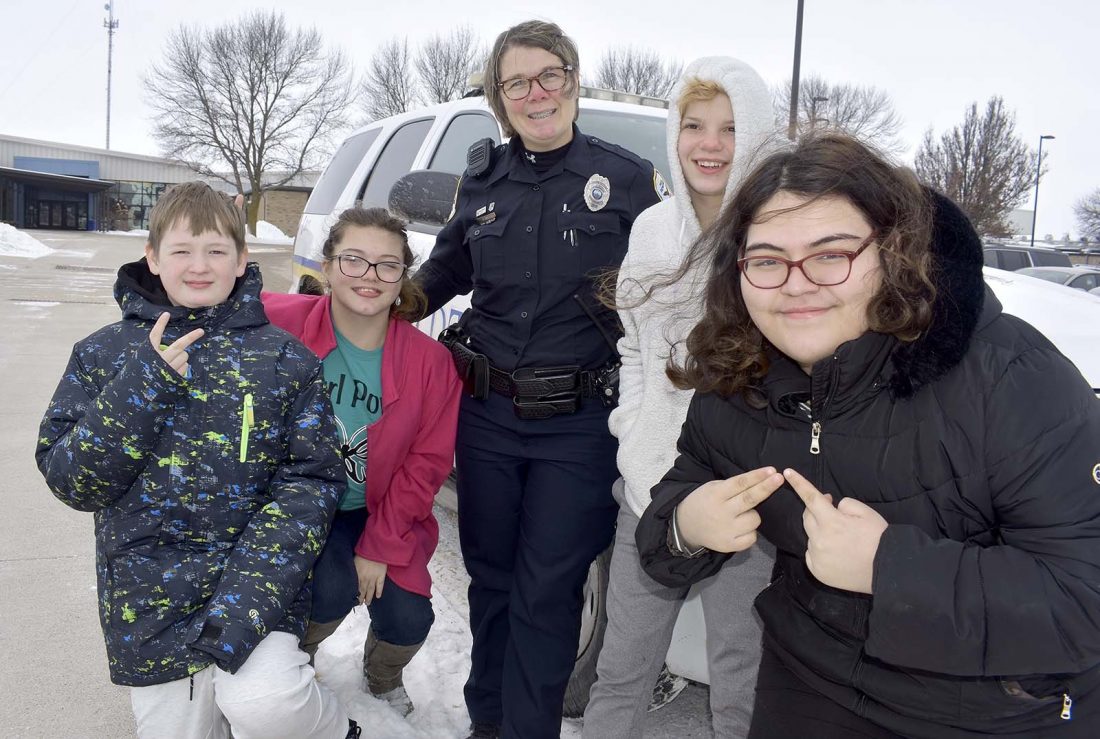 HUMBOLDT — Sometimes students — especially the younger ones — get scared when they see Officer Susan Rutz show up at their school wearing her badge and duty belt.

“I’ve had a few students who have had that terrifying look when they saw me in school for the first time,” said Rutz, who became Humboldt’s first school resource officer in August 2019.

As part of her job, she visits each of the buildings in the Humboldt Community School District, including elementary, middle and high school.

The sometimes negative perception of police officers is something that Rutz is trying to change.

“It’s important to be at the lower levels just to help get rid of that stigma,” Rutz said. “Working with younger kids to get some of that positive image back up. Most people’s interaction with law enforcement is negative, so it’s about giving them an opportunity to interact with law enforcement in a positive light.” 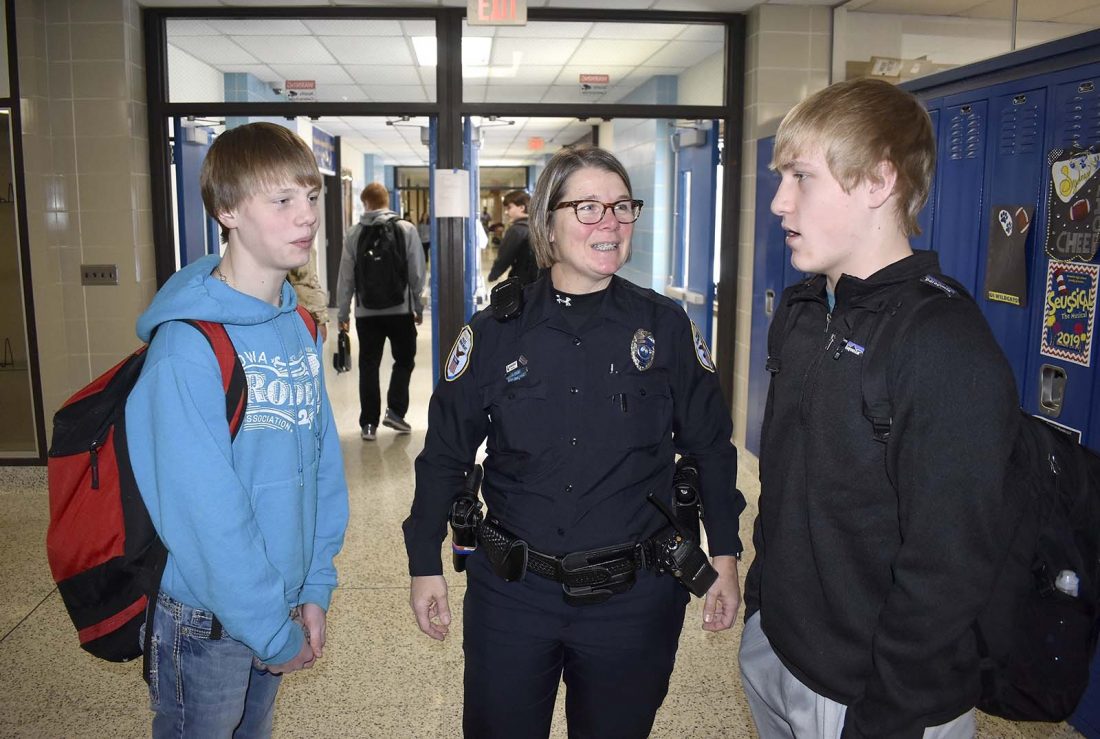 Rutz is also employed as an officer for the Humboldt Police Department. She began those duties one year ago. The city and the school district share Rutz’s services and split the cost. Her salary is about $40,000.

Having an officer staffed, even for smaller school districts like Humboldt, is just today’s reality, according to Lori Westhoff, the principal at Humboldt High School. HHS has 486 students. The entire district has about 1,400 students.

“In this day and age of society, it’s a good addition to any school district,” Westhoff said. “We didn’t add the position because of things that were happening, but to build that relationship between police and students. To have someone else there to help them.”

Rutz has enjoyed getting to know the students. And she often reminds them that she is a safe person they can go to when they have a concern.

Part of her efforts is about building trust with them.

“Most of the kids I have had interaction with, whether them coming to me for a crisis or me going to them for a situation, I have had continual contact with them,” Rutz said. “I want to be that safe person they can go to. If they are going to hurt themselves or others, that’s something I need to do a mandatory report on. Otherwise, I do try to keep their confidence and get them to feel good about where they are at.”

Rutz’s role is different than a teacher or administrator’s.

“I am not here for school discipline,” she said. “I am here if there is a law that has been broken.”

Vaping, alcohol use and fighting are three of the most common infractions that can get a student in trouble, Rutz said.

One issue that Rutz said seems to be more common than it used to be is the number of students who avoid school altogether.

Rutz plans to do her part by being a positive presence in the schools.

“I want to help students feel like this is a safe environment and want to be here,” she said.

Westhoff, who has led the high school for 16 years, said the district had entertained the idea of adding a school resource officer for a few years, but it took a while for the right candidate to emerge.

Rutz, a former Webster County reserve officer, fit what the district was looking for. According to her, she was able to learn skills from experienced Fort Dodge police officers like Joelyn Johnson and Bryce Presswood. Johnson and Presswood each have worked extensively in Fort Dodge schools.

“I feel like that reserve position really prepared me for this,” Rutz said. “Being a reserve helped a tremendous amount and the people I worked with down there helped me. I learned a ton.”

So far, Westhoff likes what she sees.

“It’s been great watching her interact with students in the halls and at lunch,” Westhoff said. “She’s very approachable. Students will go to her with questions.”

Rutz does have an office at the high school, but she spends most of her time in the field.

“Her main office is here at the high school, but she’s hardly ever in it,” Westhoff said. “The students do seek her out. From an administrative perspective, it’s nice to have another set of eyes — someone to check doors. Just an extra set of eyes is helpful.”

Another aspect to Rutz’s job is education.

In February, Rutz will be learning Drug Abuse Resistance Education to help prevent use of controlled drugs and violent behavior in the schools.

Rutz also has experience working for the city of Humboldt as recreation director. And she said that has helped her become a familiar face.

Her new job is going well, she said.

“I have told people I probably have the best job in the community right now,” Rutz said. “I get to work closely with students and build those relationships in the community with the young people.”