-Submitted photo by Tony Recker
The Fort Dodge Senior High band stands on the steps of the Lincoln Memorial before the Parade of Heroes performance in Washington, D.C., in November.

–Submitted photo
Orchestra director Brian Robison leads the orchestra as they play at The Air Force Memorial in Washington, D.C.

–Submitted photo
Fort Dodge Senior High students that traveled to Washington, D.C., in November sit in front of the capital. 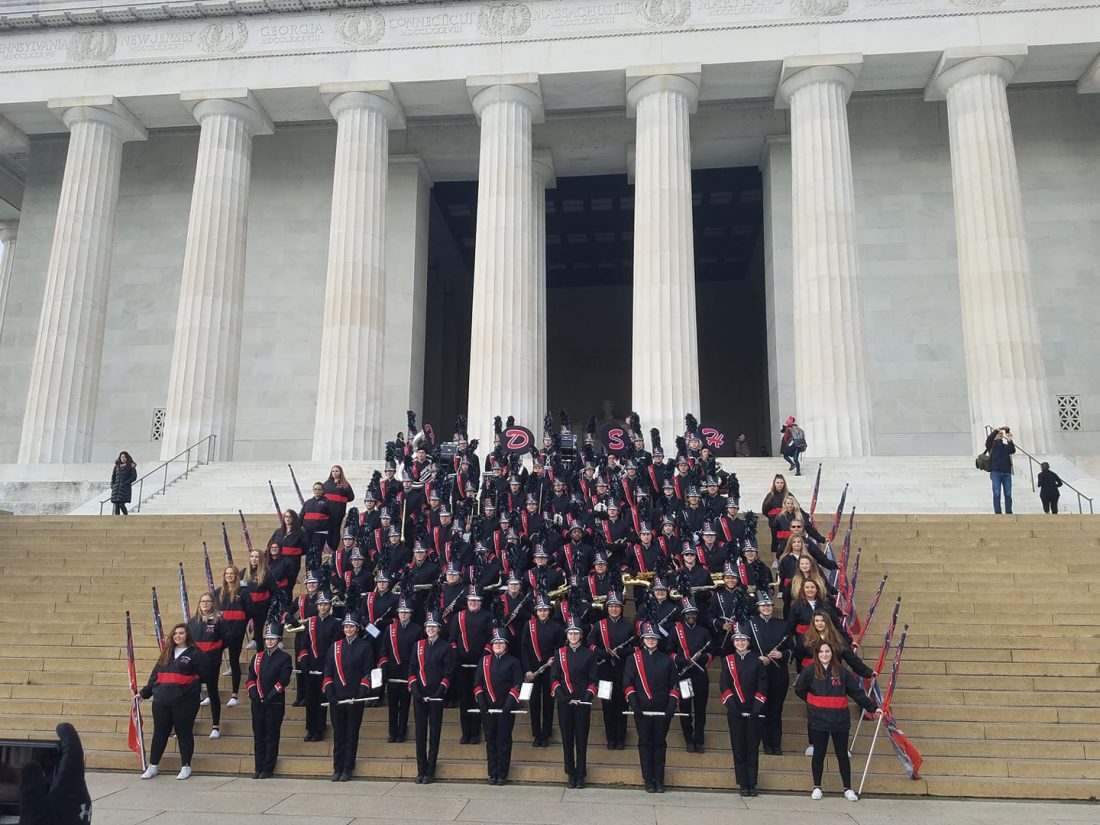 -Submitted photo by Tony Recker
The Fort Dodge Senior High band stands on the steps of the Lincoln Memorial before the Parade of Heroes performance in Washington, D.C., in November.

Washington, D.C. is a historic place to visit and can have a profound effect while admiring the monuments and soaking up the history.

The Fort Dodge Senior High band and orchestra programs were able to experience that feeling on a day that was built to honor those who have sacrificed and make sacrifices for our country.

The groups performed on Veterans Day for the World War II 75th anniversary commemoration after being invited by Historic Programs.

Senior head drum major Antavion Adams has made the trip to Washington, D.C. before, but this time it was a much different feeling.

“Although I had visited our nation’s capital before, I definitely had the greatest take away from this trip,” Adams said. “From start to finish, it was an exciting adventure in learning where we came from as Americans and appreciating those who gave everything to protect our freedom. There was not nearly enough time to see everything available, but we were able to experience most of the renowned monuments and sites. 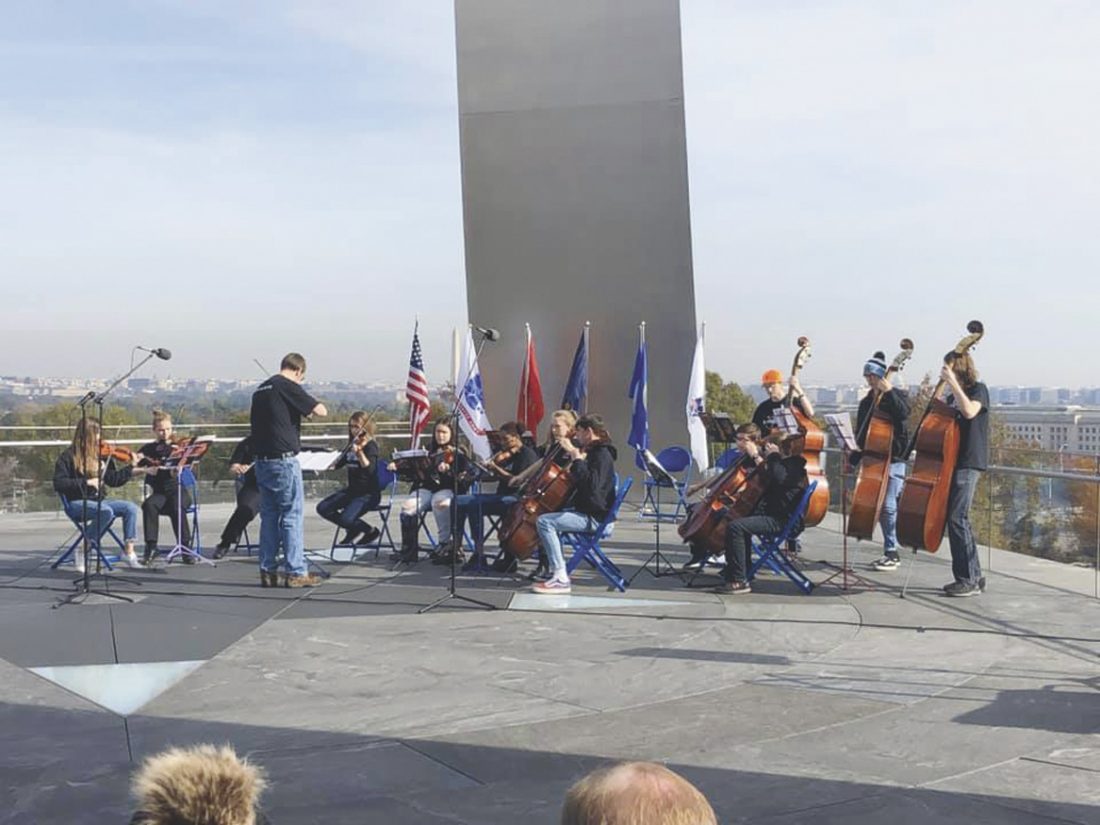 --Submitted photo
Orchestra director Brian Robison leads the orchestra as they play at The Air Force Memorial in Washington, D.C.

“We got to play under the arches of the Air Force Memorial and witness the time-honored Changing of the Guard at Arlington, both of which were powerful and humbling experiences.”

Band Director Al Paulson said over 140 people, including 120 students, made the trip and were able to see the memorials, while playing in front of veterans.

“We received an invitation two years ago. We had to send them a video and a resume and then we were selected,” Paulson said. “We saw the Korean War Memorial, the Lincoln Monument and all of the war monuments. We were also able to visit the zoo and on the last day we visited Arlington Cemetery.

“Everyone was excited to see all of the monuments and the history that they contained. They were able to meet and see the veterans from the previous wars. The kids were awesome and represented Fort Dodge with great honor.”

For junior drum major Josh Meier, the trip was an exciting and humbling trip. 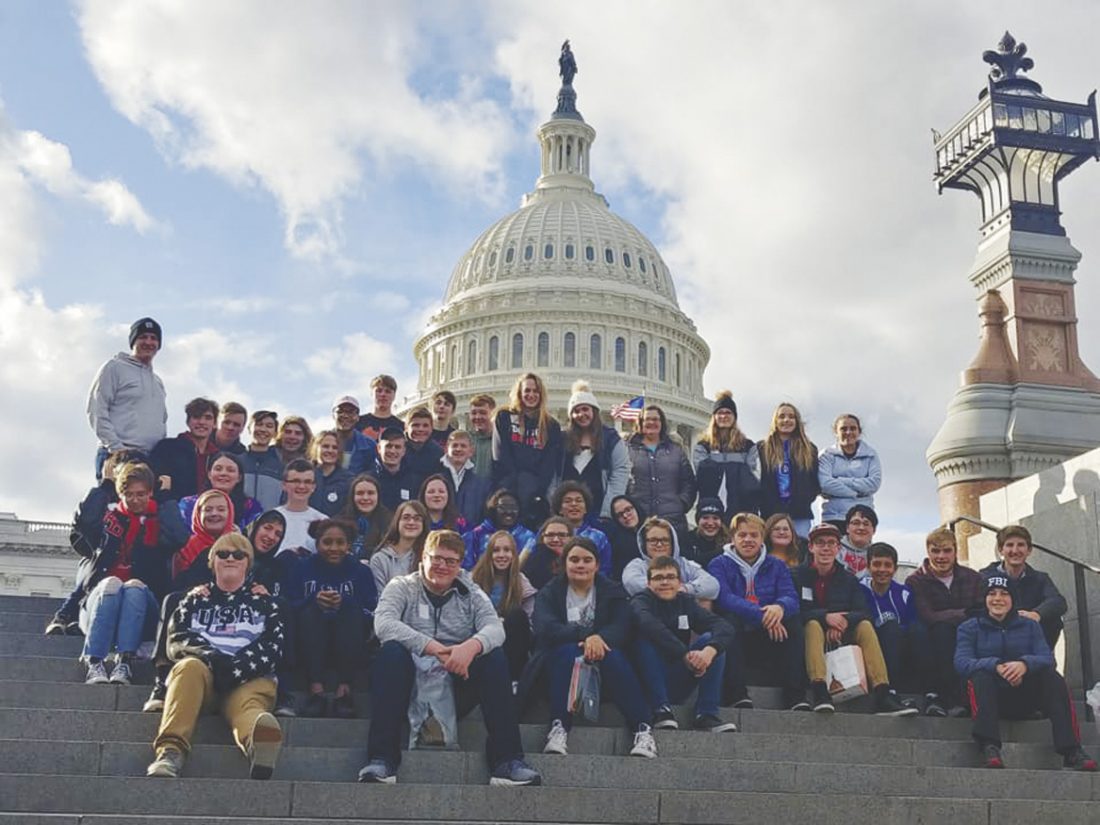 --Submitted photo
Fort Dodge Senior High students that traveled to Washington, D.C., in November sit in front of the capital.

“It felt kind of weird that we would be chosen to play for such an important anniversary celebration. We are just a town in the middle of Iowa,” Meier said. “We got to play in front of the Lincoln Memorial by the reflecting pool on one morning and then we walked around the pool and played with the other bands in front of the World War II Memorial. It was really cool to be able to honor the veterans at such historic places.

“We also got the chance to put on our Elvis show and some other tunes at the Air Force Memorial the next day. One of my favorite things that we saw was the Vietnam War Memorial wall. We saw it on a guided tour past sunset — It was crazy that every single one of those names was someone who had fought for our country and lost their life in the process.”

Senior Nathaniel Madden, who is also a drum major, found the trip indescribable.

“Words can’t even describe how it felt playing down in Washington, D.C.,” Madden said. “It was such a privilege to be able to honor veterans in the way we did, but the best part for me was playing on the bottom of the Lincoln Memorial, because it’s just such a powerful place. Not only is the monument itself historic, but also so much has taken place there — such as Martin Luther King’s “I Have a Dream” speech.

“The band was also able to play at the World War II Memorial as well as the Air Force Memorial, which was also such an honor. Overall, it was such a rewarding and unforgettable experience.”

For senior Ethan Recker, who plays the mellophone and the French horn, he was able to share the memories with his sophomore brother Owen Recker and his father Tony, who was a chaperone on the trip.

“It was extremely fun being down there and seeing the sights, as well as exploring the Smithsonian with our free time one day. It felt great being able to spend that time with other band members. I have to say one of my most favorite parts about the trip had to be at the museums and the capital. There was just so much to see. I wish I could’ve had more time to look at them instead of the small time allowed.

“Having my father on the trip was both positive and negative for me. Sure it annoyed me with him being there sometimes, but it also was nice having him there in case I needed his help. I would much rather have him on the trip with us then without.”

For Tony Recker, he loved the perspective of the veterans and the people admiring the monuments that also enjoyed the band’s music.

“They (veterans) were very pleased. They would sit and tap their feet — it was very emotional for them and it was symbolic at the same time,” Tony Recker said. “I thought seeing the Vietnam Memorial and the Korean War Memorial was awesome. It was the first time I’ve seen those in the dark, and the Lincoln Memorial at dark was pretty powerful.

“It’s emotional when you hear them play inside Dodger Stadium — but seeing them stand in historic places was powerful.”

Orchestra Director Brian Robison made the trip with 14 orchestra students.

“The students had the unique experience of performing at the Air Force Memorial on Veterans Day,” Robison said. The trip was great for the students because they got to experience our country’s capital at one of the most patriotic times of the year.

“I believe that the trip has given our students a deeper understanding and appreciation of our veterans and the values which our country holds on to.”

With some time to reflect on the trip, Meier was able to realize how much of an impact Washington, D.C. made on him.

“Being in D.C. and seeing all the memorials really makes it feel more real to you,” Meier said. “All these people have gone and fought for the freedoms of our country. It was amazing to be able to be in such an important place on Veterans Day where we could really honor all the veterans, past and living for what they’ve done for us.” 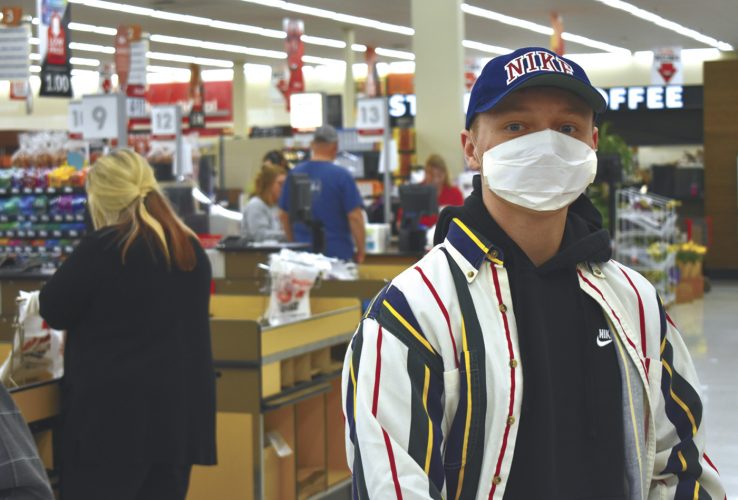 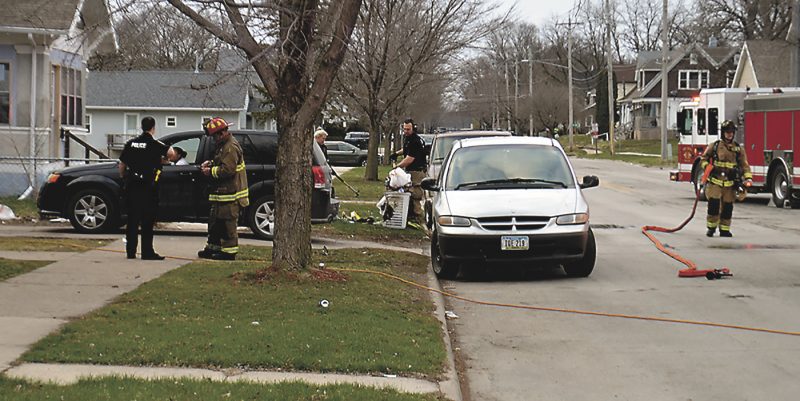 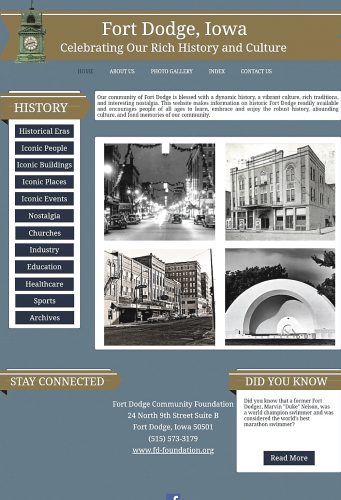 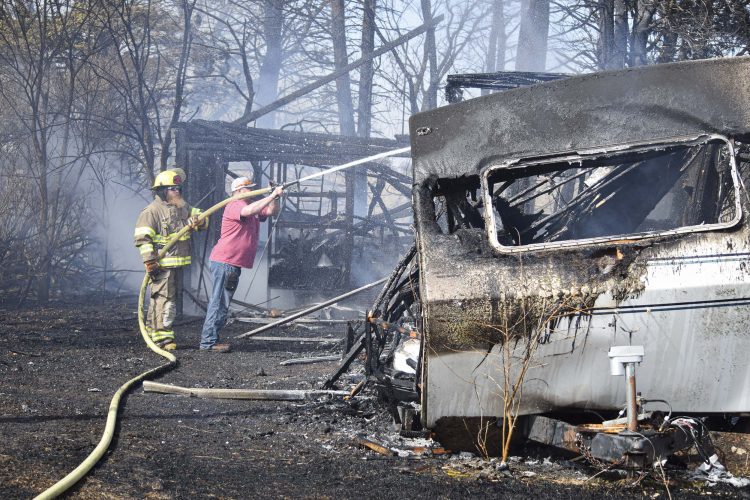