Steyer is focused on climate change 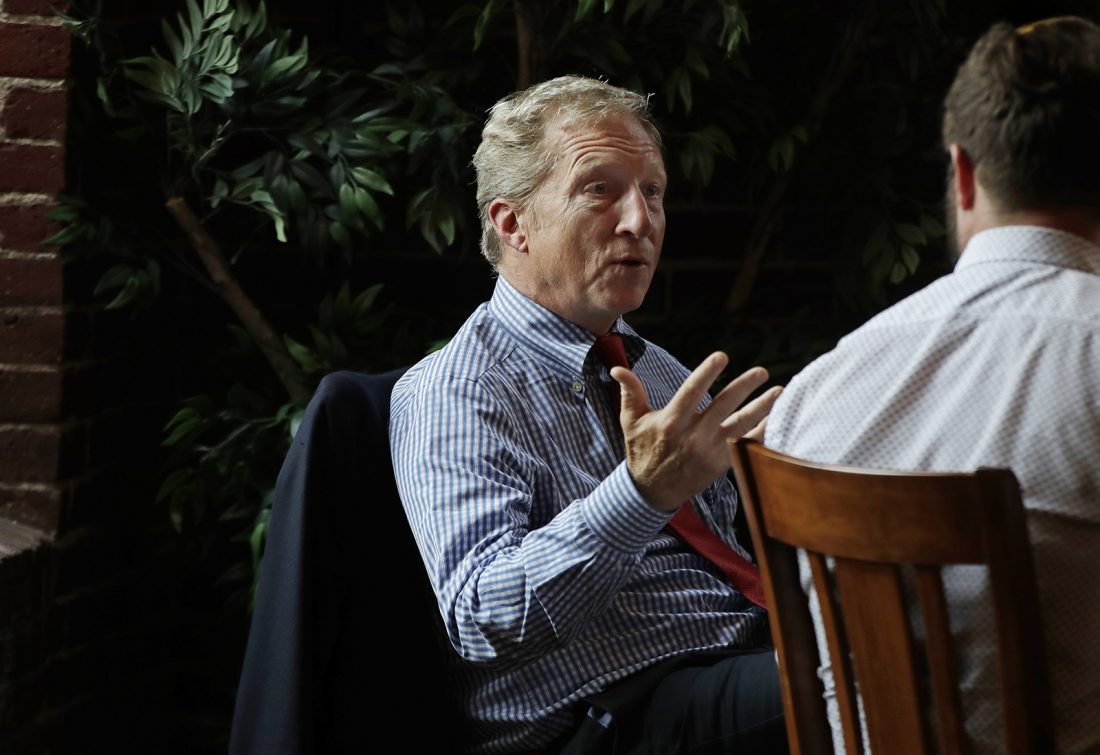 “Iowans really know a lot, as a function of being the first state (to caucus in the presidential election cycle),” said Steyer, a Democratic candidate for president.

With the first-in-the-nation Iowa Caucuses just over two months away and with Steyer polling near the middle of the pack with 3% in the latest USA Today Network poll with “likely 2020 Democratic caucusgoers,” he is focused on getting in front of as many people as he can.

“Just trying to get my message out to as many people as possible,” Steyer said in a phone interview with The Messenger.

Steyer, the billionaire hedge fund manager and founder of Farallon Capital from California, believes Democratic caucusgoers in Iowa — as well as Democratic primary voters across the country — want a candidate who can beat President Donald Trump in the 2020 general election. Secondly, he said, they also want “somebody who understands what they’re going through and will fight for them, and that includes in particular being able to run the economy in a way that is prosperous.”

Steyer’s motivation for running for president is simple.

“We have a broken government,” he said.

While many of the Democratic candidates in the field share the same or similar progressive policies, Steyer said, the first thing that needs to be done is “we have to break the stranglehold the corporations have on our government.”

“We have to first return to a government by and for the people before we can get any of the progressive policy, so the health care, education, a living wage, clean air and clean water, even fair politics itself, we are going to have to break that corporate stranglehold,” he said.

His No. 1 policy priority is addressing and stabilizing the climate crisis, Steyer said. He said using that focus, his policies could “rebuild” and “re-imagine” America.

Despite having a net worth of $1.6 billion, Steyer said he’s not worried about seeming unrelatable to the general public.

“I don’t think of myself in terms of money,” he said. “I do think I started a business that started out well and that’s part of what a lot of Americans try to do. I’ve spent seven years not hanging out with rich people, but organizing people to fight corporations.”

Steyer is very familiar with the state of Iowa, having grown up visiting his aunt and uncle and cousins who live in the state. More recently, he’s spent time going to college campuses and registering students to vote, he said.

Steyer believes he is uniquely qualified to go head-to-head with Trump in the general election.

“He’s going to run on the economy and whoever is the Democratic candidate is going to have to be able to go at him and show him up for being a fraud and a failure in business, and a fraud and a failure as it relates to the American economy,” he said, “which I can do because I spent 30 years starting a business, running it from scratch and understanding what drives growth and prosperity, as well as what drives fairness and equality.”

Americans have a couple big challenges ahead of them, Steyer said – the “corporate stranglehold” and the climate crisis. If the country is able to accomplish the goals he has set forth, Steyer said, it will pave the way for progressive policies like health care as a right, better public education, a living wage and clean air and water.

“It’s not just a challenge,” he said. “It’s an incredible opportunity for us to reinvent this country in the best possible way.”