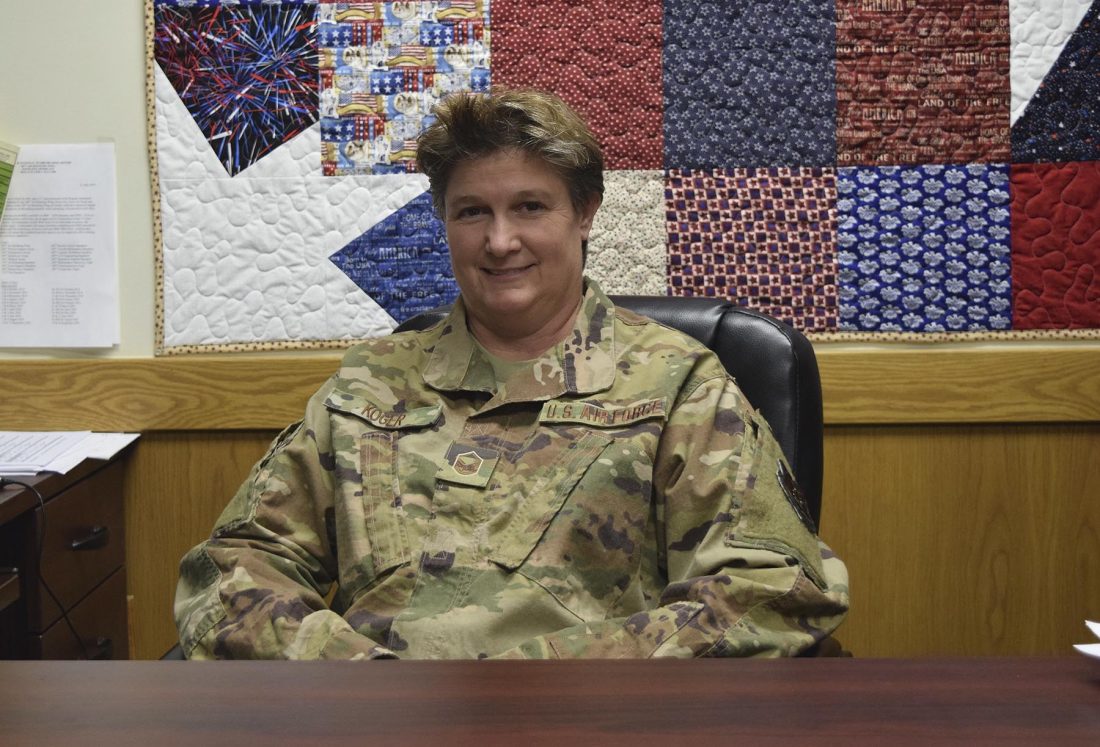 Lynn Keith was at a crossroads. It was 1995 and the Fort Dodge native had graduated high school five years before.

Lynn, who is now Master Sgt. Lynn Koger, served four years of active duty in the Air Force, most of which was spent at Elmendorf Air Force Base near Fairbanks, Alaska. During that time, she spent four months in Saudi Arabia in 1998.

She also worked as a utility systems apprentice during her first four years in the Air Force.

For the next six and a half years, Koger worked at Electrolux in Webster City. But then she decided it was time for a change.

Shortly after that adventure, Koger reenlisted in the military, this time with the Iowa Air National Guard.

“I just missed being in the military,” she said. “The people that you work with, there’s a lot of good people here. All over the Guard and the Air Force, you meet all sorts of people.”

She said patriotism also played a large part in her decision to return to service.

That was 12 years ago. Today, the master sergeant is just over four years away from qualifying for a military retirement. She currently works as a unit training manager with the Fort Dodge-based 133rd Test Squadron.

“As a unit training manager, I have responsibilities toward everybody in the unit to make sure that their training is getting completed and done,” she said. “I know everybody and I interact with pretty much everybody here at some level do to training.”

With the current operational tempo of the U.S. Armed Forces, especially with Koger’s current job, deployments are “few and far between,” she said. So in 2018, she volunteered to deploy with another Iowa Air National Guard unit.

“I went to Turkey and Iraq,” she said. “I spent six months total between the two countries.”

Koger is proud to be an Air Force veteran and continue to serve in the Iowa Air National Guard.

“It’s just about trying to do things the right way and serving with integrity, honesty and not cutting corners,” she said. “Just doing things the way they should be done.”

Koger is part of the honor guard for the 133rd Test Squadron. and will be participating in several events around the region on Veterans Day.