To the top of Kilimanjaro

-Submitted photo
Allie Bianchi, a St. Edmond graduate, stands at Uhuru Peak, which is the summit of Mount Kilimanjaro in Tanzania in September.

-Submitted photo
Hikers are seen on a path that overlooks the clouds on top of Mount Kilimanjaro.

-Submitted photo
Climbers set up a campsite atop Mount Kilimanjaro.

-Submitted photo
Allie Bianchi takes a photo on Mount Kilimanjaro as her group walks along.

-Submitted photo
Allie Bianchi gives a thumbs up while climbing to the top of Mount Kilimanjaro. 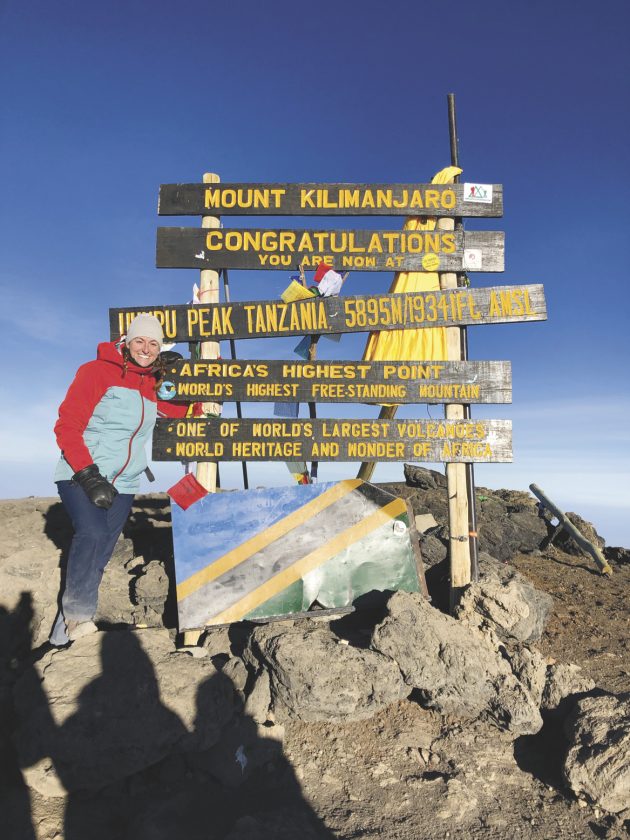 -Submitted photo
Allie Bianchi, a St. Edmond graduate, stands at Uhuru Peak, which is the summit of Mount Kilimanjaro in Tanzania in September.

The most grueling part of Allie Bianchi’s trek to the top of Mount Kilimanjaro ended up being a surreal and life-changing accomplishment.

It was a strenuous two-week adventure, but the final day to the summit of the 19,341-foot high mountain was the most difficult stretch of the 50-mile hike in September.

“Summit day was Day 7 and it was the craziest day for me,” Bianchi said. “We woke up at midnight, wearing our snow gear, head lamps and listening to our guides on a three-mile hike that took about six hours to Stella Point. We got to see a sunrise and were 45 minutes from the top. It was seven hours total, then three more hours back down to the campsite and then four more hours of hiking.

“It was 14 hours total of hiking on summit day. We were going up all these different groups and we were able to see the town of Moshea in Kenya.” 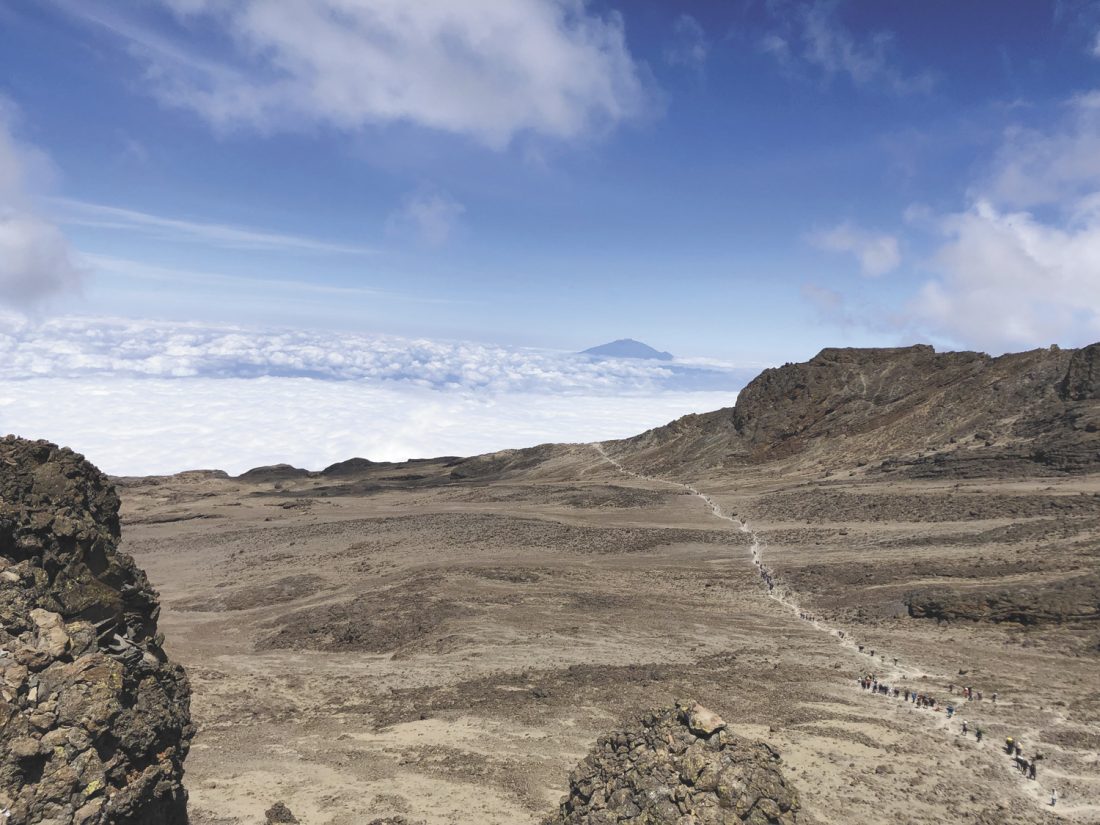 -Submitted photo
Hikers are seen on a path that overlooks the clouds on top of Mount Kilimanjaro.

On summit day, there was a change in terrain and a lot to see for the group.

“When we were going to the summit, it was mostly sand,” Bianchi said. “We were walking on the edge of the volcano, and you could see that and there was a larger glacier on the other side that was huge.”

After reaching Uhuru Peak — the summit of Mount Kilimanjaro — Bianchi had time to reflect on what she had accomplished.

“It feels surreal,” Bianchi said. “It was such an accomplishment for me, and now I can say that I have done it.”

Bianchi, who currently lives in Denver, Colorado, got the idea to climb Kilimanjaro — an active stratovolcano — when one of her friends from college approached her about the trip. 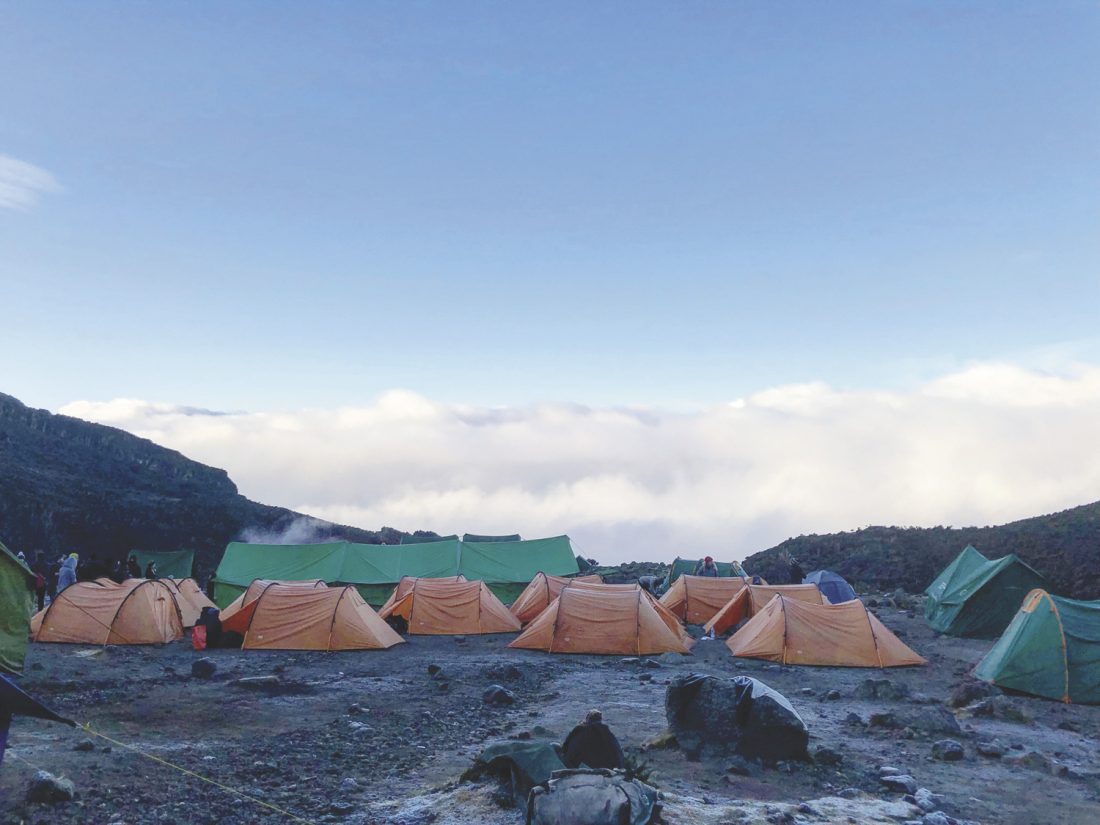 -Submitted photo
Climbers set up a campsite atop Mount Kilimanjaro.

“I have had quite a few friends that have done it,” Bianchi said. “I like being in the mountains, and I have been getting used to long hikes and being in high altitude. I’ve done some 14,000-foot hikes before.”

Bianchi and her three college friends made their trek with a group of trained climbers that would lead them to the top.

“We had three porters per person, a cook, a server and two guides,” Bianchi said. “They would wake up every morning and make us food and it was great to have good food on the mountain. When we arrived at the campsite they would carry our gear and run up the mountain and have it set up.

“We would go anywhere from five to 18 miles a day.”

The trip was a chance for Bianchi to unplug and challenge herself physically and mentally. 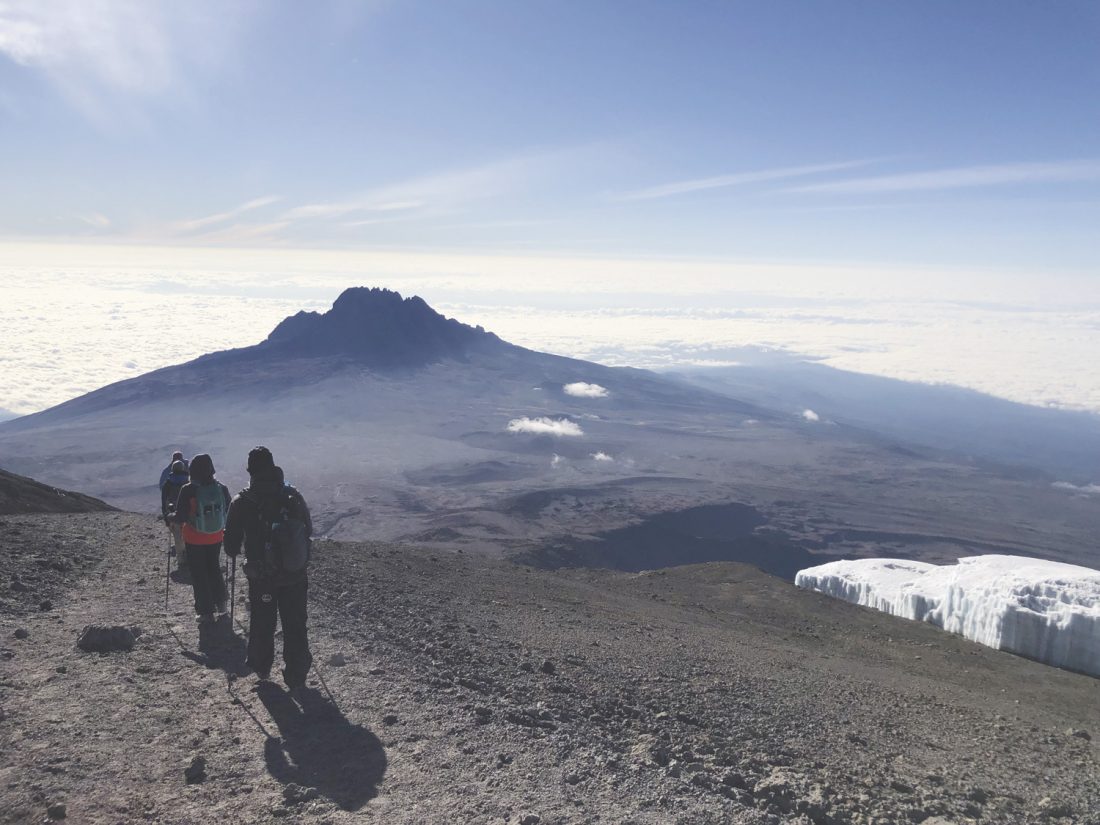 -Submitted photo
Allie Bianchi takes a photo on Mount Kilimanjaro as her group walks along.

“It really was (going off the grid),” Bianchi said. “There was no cell service, you can’t plug in your phone and obviously no plumbing. At some of the campsites they have running water, but we had to use tablets to make sure the water was drinkable and we had to drink four liters a day.

“It was great to not have cell phones and meet people from other countries and different parts of the world. We met some people from Australia and followed them … they finished right after us.”

Reaching the top of the mountain was breathtaking, but before the adventure even started, Bianchi stepped out of her comfort zone for a safari trip.

“We went a week before and did some fun things and did a safari in Kenya,” Bianchi said. “It gave us time to get used to the eight-hour time change. On the safari, we stayed in big canvas tents in Masai Mara, which is a national reserve in Kenya.

“They’re not really scared of any animals, but for our safety, they have guards that would stand by our tents in the middle of the night.” 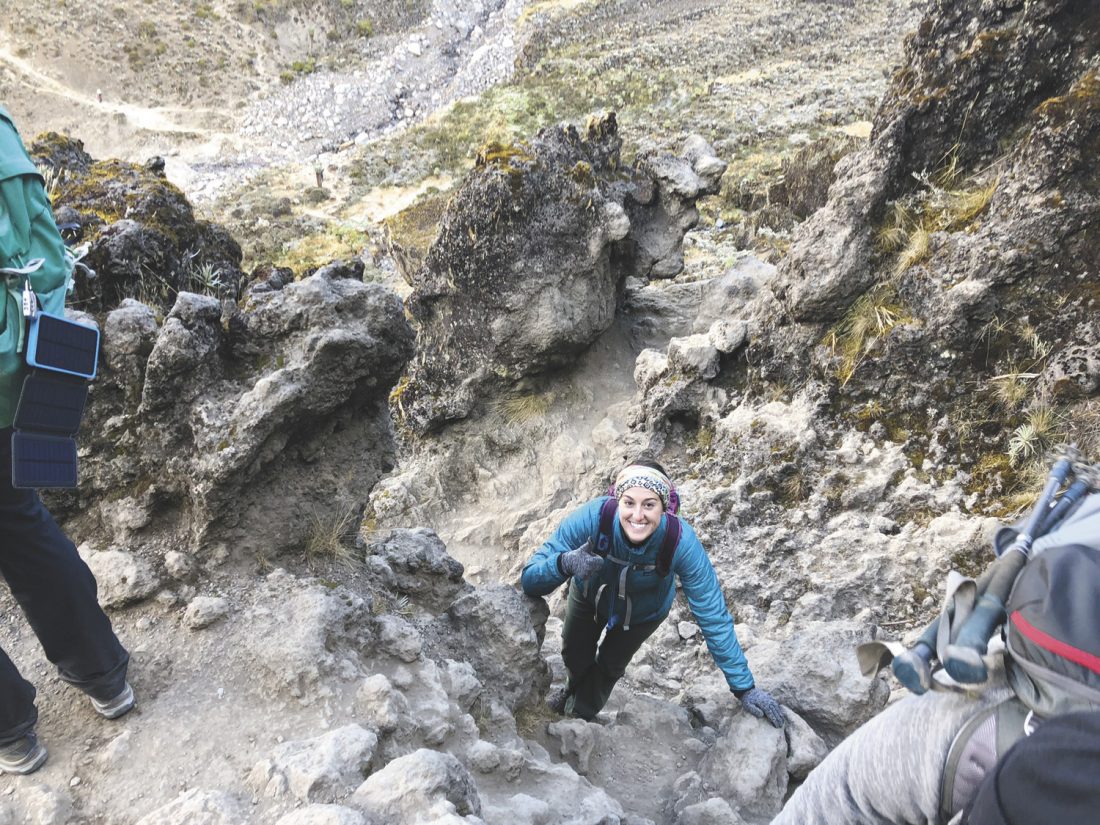 -Submitted photo
Allie Bianchi gives a thumbs up while climbing to the top of Mount Kilimanjaro.

The group would get the real African adventure, hearing and seeing the wildlife of the world.

“We could hear the baboons and it sounded like they were surrounding our tents,” Bianchi said. “I asked one of the guards why they were doing that and he said it was a warning call because there was a leopard near by. I asked if they would get in our tent and he said, ‘Hakuna matata (no worries).’

“Behind our tent was a giant tree with baboons. They would walk underneath our balcony. I also saw a cheetah attack a zebra near us. It was like living in a zoo.”

Is another trip up the mountain in Bianchi’s future?

“I have no interest in climbing Mount Everest, but climbing the tallest mountain in the Northern Hemisphere (Mount Slaggard) — I would love to do that.”