Mediacom representatives defend their company’s broadband service; Frontier Communications did not have a representative at the meeting 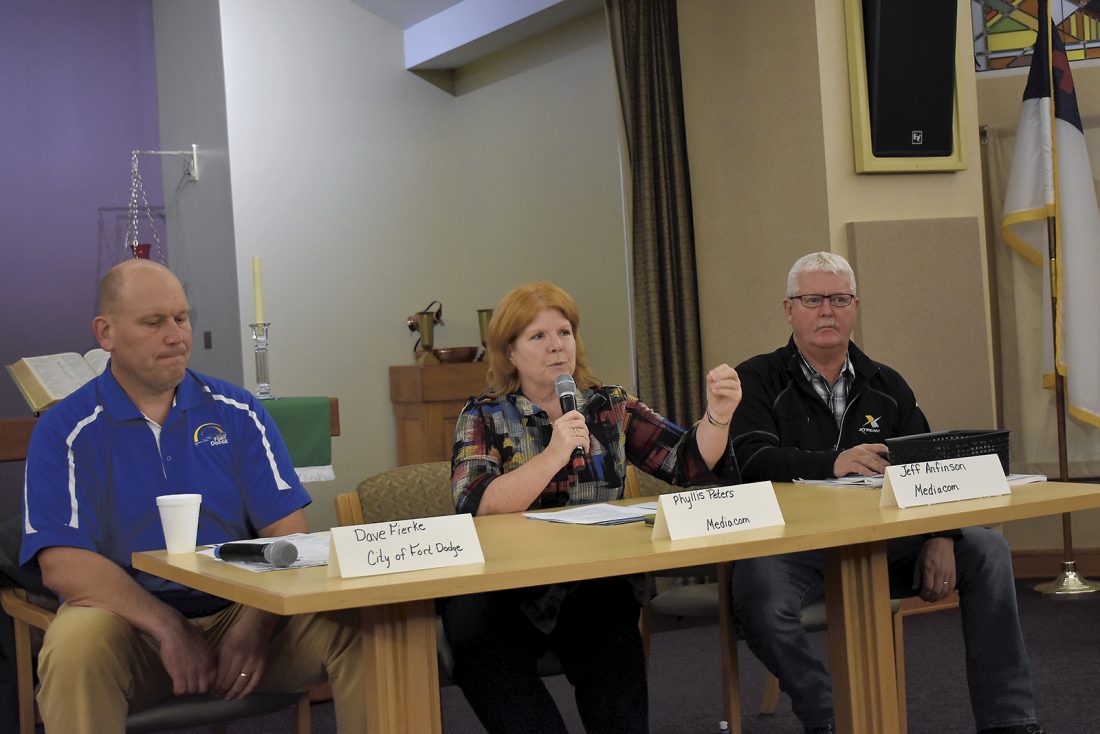 Mediacom representatives defended their company’s broadband service Thursday evening while Fort Dodge City Manager David Fierke explained an upcoming vote that may allow the local government to set up a telecommunications utility to compete with the private ones.

”What we provide today is on par with any other broadband technology, and we’re moving further ahead from where we are today and we’re moving there very quickly,” said Phyllis Peters, communications director for Mediacom.

She and Jeff Anifison, the company’s area operations director for Fort Dodge, were also on the receiving end of complaints from customers angry about slow internet service and long waits for technicians to arrive at their homes.

Frontier Communications, the other broadband provider in the city, did not have any representatives at the forum sponsored by the new group People of Webster Exercising Responsibility. That company’s customers were recently hit with lengthy internet outages.

”If the service was that good in Fort Dodge, we wouldn’t be here in this room,” Fierke said.

He said that residents of Gowrie have fiber optic cables directly to their homes for broadband service.

”We should have the same level of service,” he said.

About 10 people attended the forum, held in the Celebration Center at Friendship Haven.

The focus of the forum was a question that Fort Dodge voters will find on their Nov. 5 general election ballots. It asks ”Shall the city of Fort Dodge, in Webster County, Iowa, establish a municipal telecommunications utility (including the potential provision of video, voice, telephone, data and all other forms of telecommunications and cable communications services) for the city?”

If the majority of those voting on the question vote yes, the City Council will be granted the power to establish such a utility.

”This just authorizes the city to create a municipal utility,” Fierke said. ”It does not compel the city to do it.”

”This isn’t like a city versus Mediacom vote,” he added. ”What it does is it gives the city the opportunity to compete in the telecom market. It doesn’t create a monopoly.”

According to Fierke, even if the voters approve the referendum measure, there will still be many steps to complete before the city would be in the broadband business. And there’s no assurance that the city will ever be in the broadband business. Voters in about 70 Iowa communities have approved such a referendum, but so far fewer than 30 of them have established a utility.

To finance the construction of a broadband utility, the city would borrow money by issuing revenue bonds and then pay off the debt with revenue from the utility, according to Fierke. He said no tax dollars would be used for it.

A municipal broadband utility would extend fiber optic cable to the homes and businesses of its subscribers, which Fierke called the ”highest standard of delivery.”

Peters said the municipal utility would be ”replicating or duplicating something that our network currently provides.”

”Mediacom has an abundance of fiber throughout Fort Dodge,” she said.

”Fiber to the home is a real sexy, glitzy term, but it’s only one way to deliver high-speed internet,” she said. ”Our way at Mediacom is through a very fiber rich network. Fiber is the core. It’s the dominant part.”

Peters said that Mediacom has 1,224 miles of fiber optic cable in Fort Dodge. However, she said the connection to a customer’s home is a hybrid of fiber and cable called HFC. She said the ratio of fiber to cable in HFC is 80-to-3.

Human trafficking film to be shown at Iowa Central tonight

Iowa Central Community College Diversity Committee will host a viewing of a documentary by an Iowa filmmaker ...

People who ride Dodger Area Rapid Transit buses won’t see a fare increase in the next fiscal year under a budget ... 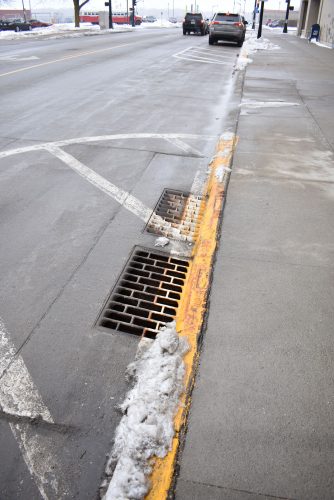 The Fort Dodge Community School District Board of Education approved the final plans and accepted a bid for ...