Bystanders brawl at the scene

-Messenger photo by Elijah Decious
People receiving word of the shooting that unfolded Tuesday afternoon on North Eighth Street become emotional at the scene, crying, screaming and retching at the news.

-Messenger photo by Elijah Decious
Fort Dodge Police Officer Chris Weiland holds back upset bystanders as they attempt to go through the police tape perimeter around the scene of a shooting on North Eighth Street Tuesday afternoon. “Don’t touch my f——brother,” the man in the white T-shirt shouted at him. 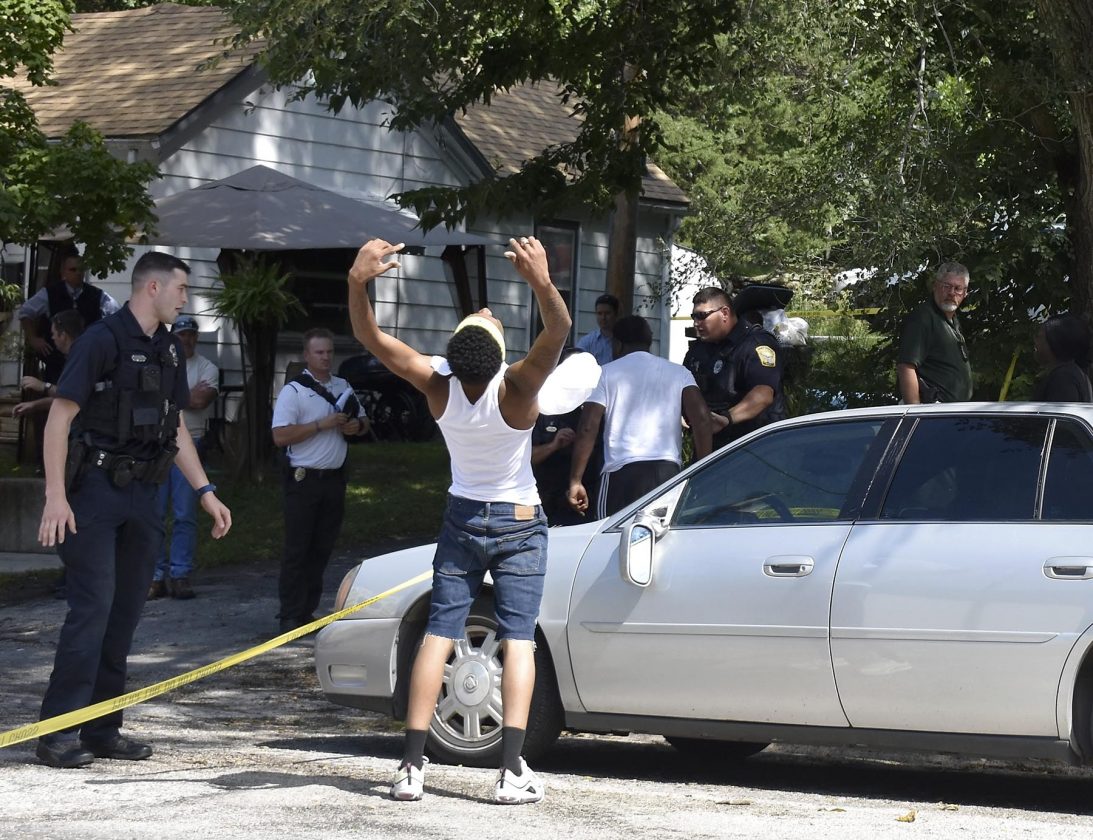 -Messenger photo by Elijah Decious
People receiving word of the shooting that unfolded Tuesday afternoon on North Eighth Street become emotional at the scene, crying, screaming and retching at the news.

Investigators are left with many unanswered questions after a Tuesday afternoon shooting on North Eighth Street killed a 17-year-old boy.

Webster County Medical Examiner Dr. Dan Cole pronounced the unresponsive victim dead on the scene inside of the home at 721 N. Eighth St.

Capt. Ryan Gruenberg, of the Fort Dodge Police Department, said the victim suffered a single gunshot wound, but declined to specify where on the body.

Police are waiting to release the name of the victim, confirmed as a Fort Dodge Senior High student, until more family members and friends are notified.

A relative of the boy in the home called 911 at approximately 12:45 p.m. Police cordoned off half of a block in front of the home within minutes. 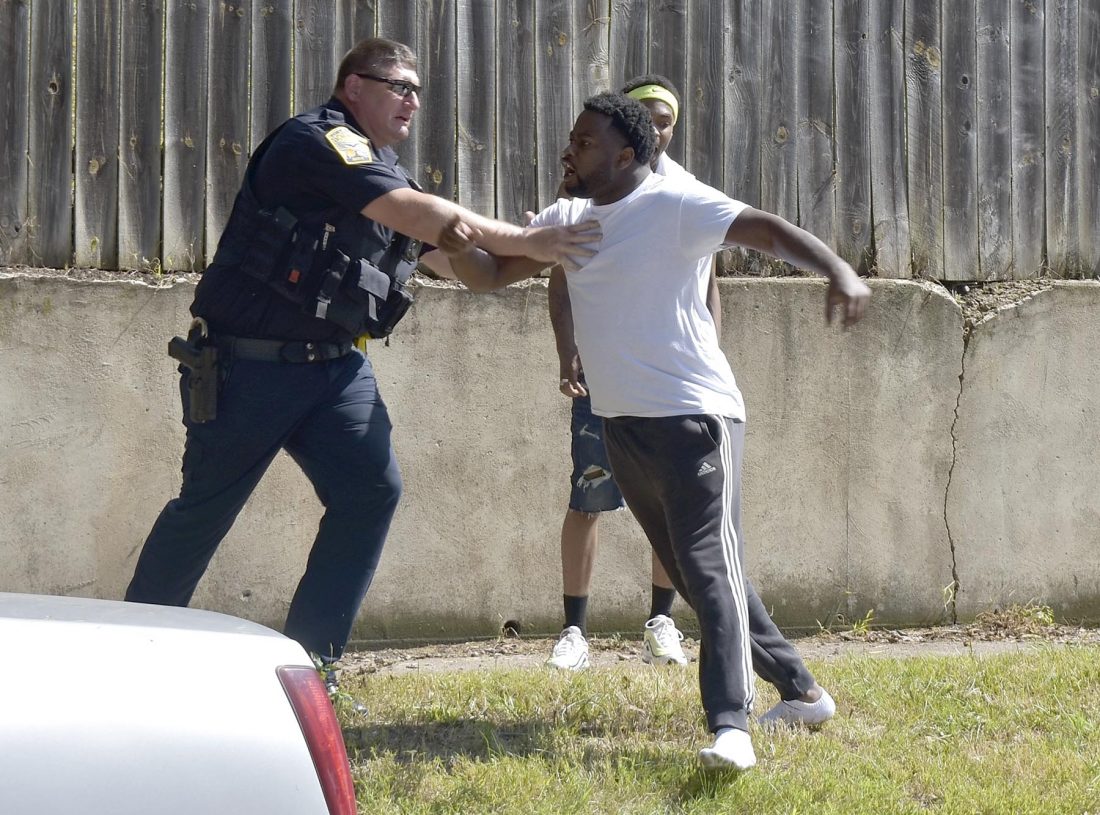 -Messenger photo by Elijah Decious
Fort Dodge Police Officer Chris Weiland holds back upset bystanders as they attempt to go through the police tape perimeter around the scene of a shooting on North Eighth Street Tuesday afternoon. “Don’t touch my f------brother,” the man in the white T-shirt shouted at him.

The Iowa Division of Criminal Investigation, headquartered in Des Moines, was called in shortly after the victim was pronounced dead, arriving at the scene hours later in the afternoon. There, they found police tape had been extended to cordon off the entire block in front of the home, which encompassed mobile crime scene processing equipment and DCI’s lab team as they worked to process the event.

Gruenberg said he didn’t know for sure yet how it happened.

“We’re exploring all avenues at this point,” he said.

He said the scenario’s evidence offers too many variables to definitively rule out or decide on the cause of the death and whether the death was accidental, intentional, a homicide or a suicide.

“There’s certainly potential that it was an accident or potentially self-inflicted,” Gruenberg said, declining to say whether the victim was holding the gun at the time he was shot. 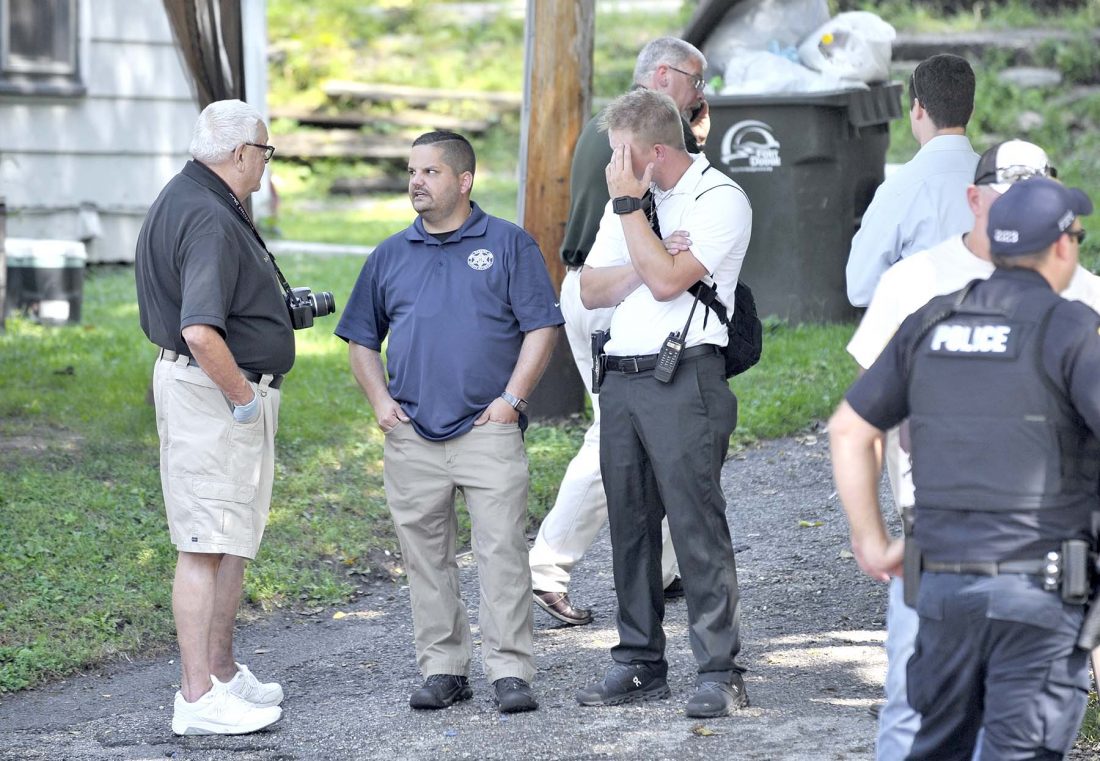 Though he said suicide was a possibility in the shooting, the scene’s evidence did not appear to be what a “typical suicide” would look like.

An emotionally charged scene unfolded early in the afternoon as family, friends and neighbors arrived to the scene of a street blocked by “do not cross” tape and emergency responders’ vehicles.

“Don’t touch my f- – – – – – brother,” one man yelled at police officers as he approached and tried to break through the yellow tape.

Inconsolable, the man at one point smashed the windshield of a silver Cadillac DeVille, attached to the tape at its side mirror, using his bare fist.

A group of approximately six approaching the tape ran back crying after what appeared to be a word of explanation from the officer standing at the tape. 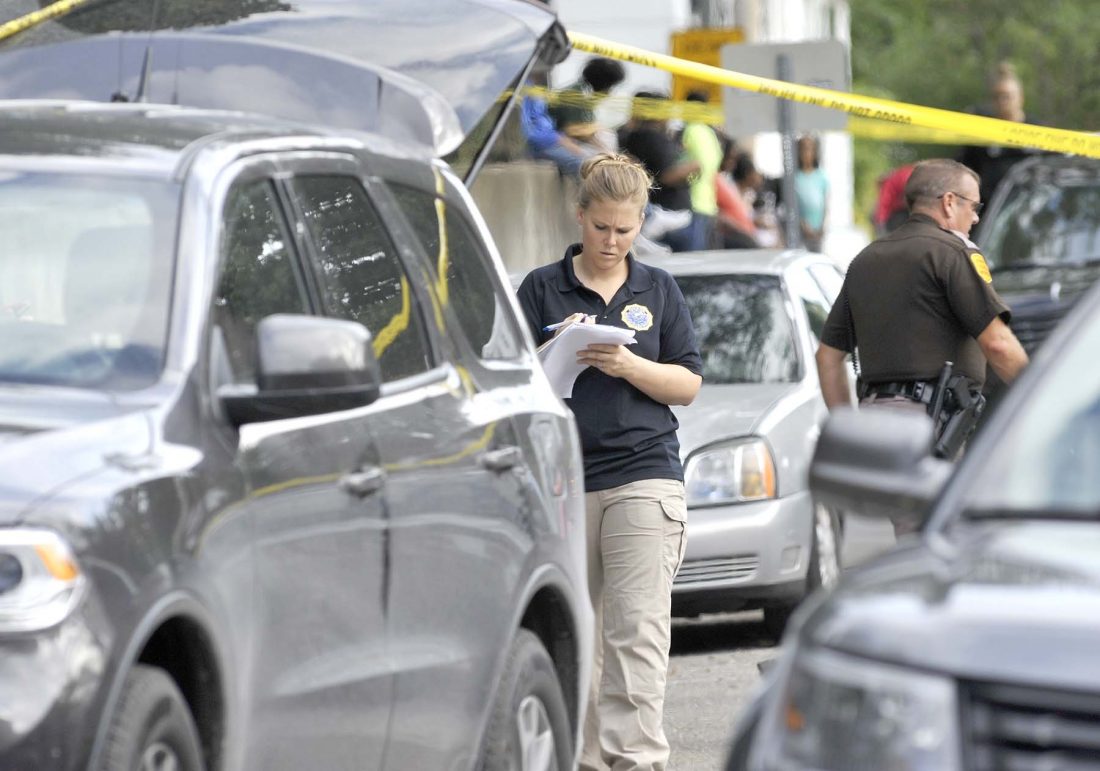 Nearby, another man at the line started to retch in reaction to what he heard, raising his hands up in the air and reacting emotionally as he slowly faded back from the yellow tape toward the crowd of bystanders at the corner.

Within a matter of minutes, two separate brawls unfolded on opposite corners of the street among approximately a dozen bystanders, sending officers scrambling to maintain the peace while responders waited for the DCI to arrive. The second brawl led several officers to bring certain bystanders to the ground with their hands behind their backs.

It’s unclear what the brawls were about in the tense scene or if any of the bystanders were arrested following them.

Nearby Seventh Avenue North neighbor Sonda Doughty said she found a woman crying inconsolably on the street around the time the call to 911 was made.

“I heard her screaming, ‘help, help, help,'” Doughty said, as she jumped out of her car to see what was wrong. 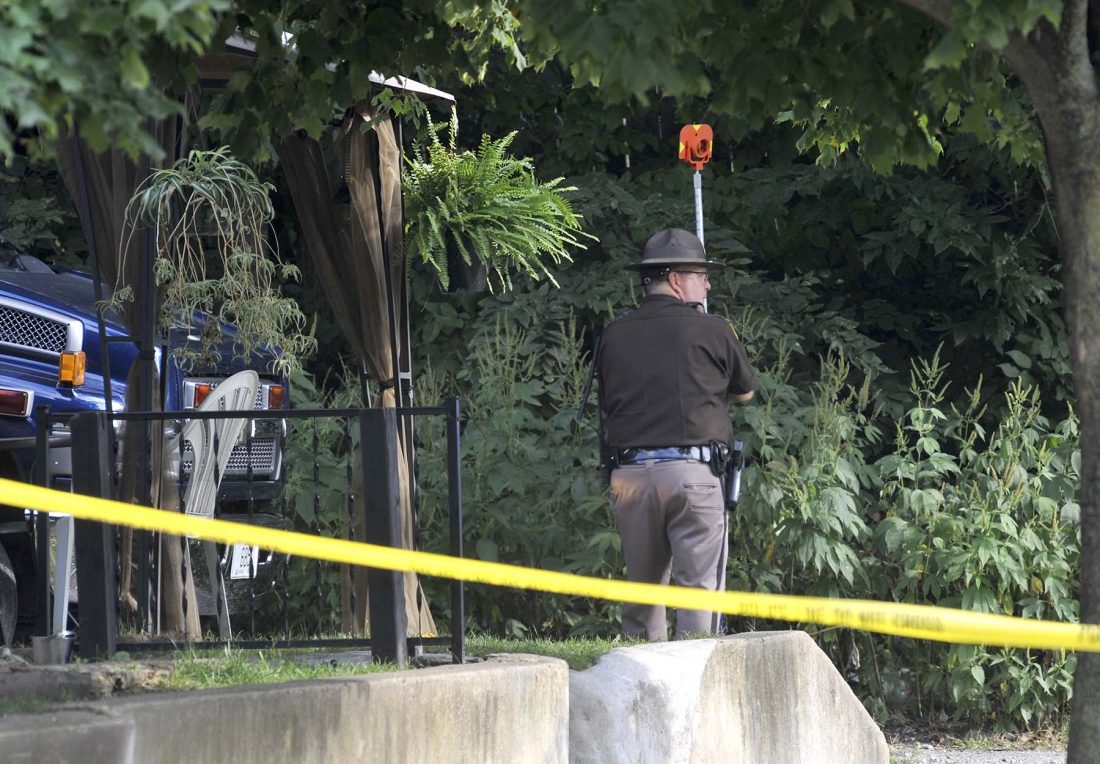 Doughty said she thought she heard the woman say “he shocked himself,” unsure of what the second word was.

But the victim was found shot.

Fort Dodge Community School District sent out an automated phone call and email to parents Tuesday afternoon notifying them that a student of Senior High had been killed in an “accidental” shooting off campus.

School officials were prompted to place a 30-minute lockout on Fort Dodge Senior High, during which nobody was allowed in or out of the building. The lockout was lifted prior to the end of the school day.

Gruenberg later confirmed that the schools were not in any danger as a result of the shooting.

“We were saddened to learn of the death of one of our senior students in an off-campus incident today,” said Jennifer Lane, director of communications and community relations for the school district. “We extend our heartfelt sympathies to his family.”

To help students process the event emotionally, Lane said parents should be prepared with the information the school district provided. She also encouraged parents who feel that their high school student may need extra support at the school to contact the counseling office at 515-574-5775.