Bianchi finds his calling as ranger in Colorado national forest

-Submitted photo
Adam Bianchi, a 2005 graduate of St. Edmond, works for the United States Forest Service on the White River National Forest in Colorado. Bianchi is the deputy district ranger for the Dillon Ranger District, which includes Breckenridge, Vail and Aspen.

-Submitted photo
Adam Bianchi currently serves as the deputy district ranger for the Dillon Ranger District in Colorado, working for the United States Forest Service on the White River National Forest. Bianchi is a 2005 graduate of St. Edmond. 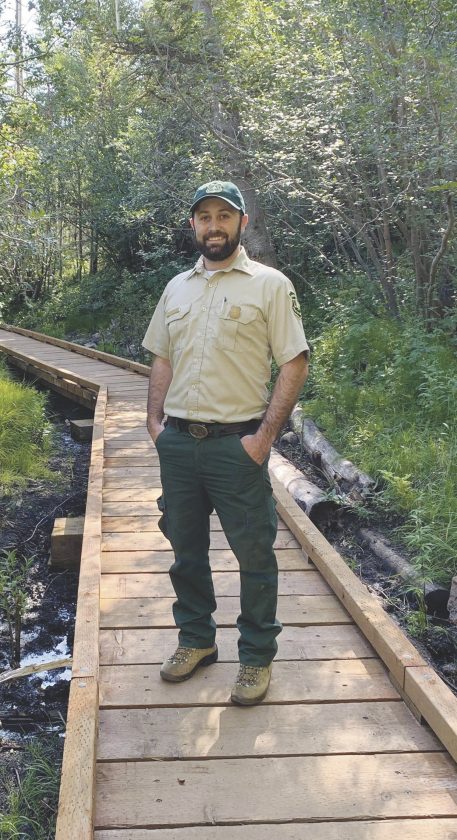 -Submitted photo
Adam Bianchi, a 2005 graduate of St. Edmond, works for the United States Forest Service on the White River National Forest in Colorado. Bianchi is the deputy district ranger for the Dillon Ranger District, which includes Breckenridge, Vail and Aspen.

DENVER — In some ways, Adam Bianchi remains a kid at heart.

The White River National Forest is 2.3 million acres, which translates to roughly 4,000 square miles, and encompasses the towns of Breckenridge, Vail and Aspen. The main district Bianchi serves includes Breckenridge and covers about 350,000 acres.

His responsibilities are many, but one thing remains true about his position: each day presents a new and exciting challenge.

“To be honest, I love my job because I feel that every day is unique,” Bianchi said. “From skiing at a resort to discussing the next chair-lift location, to restoring a river from historic gold mining practices, to assisting with a search and rescue. Each day is completely different than the last. 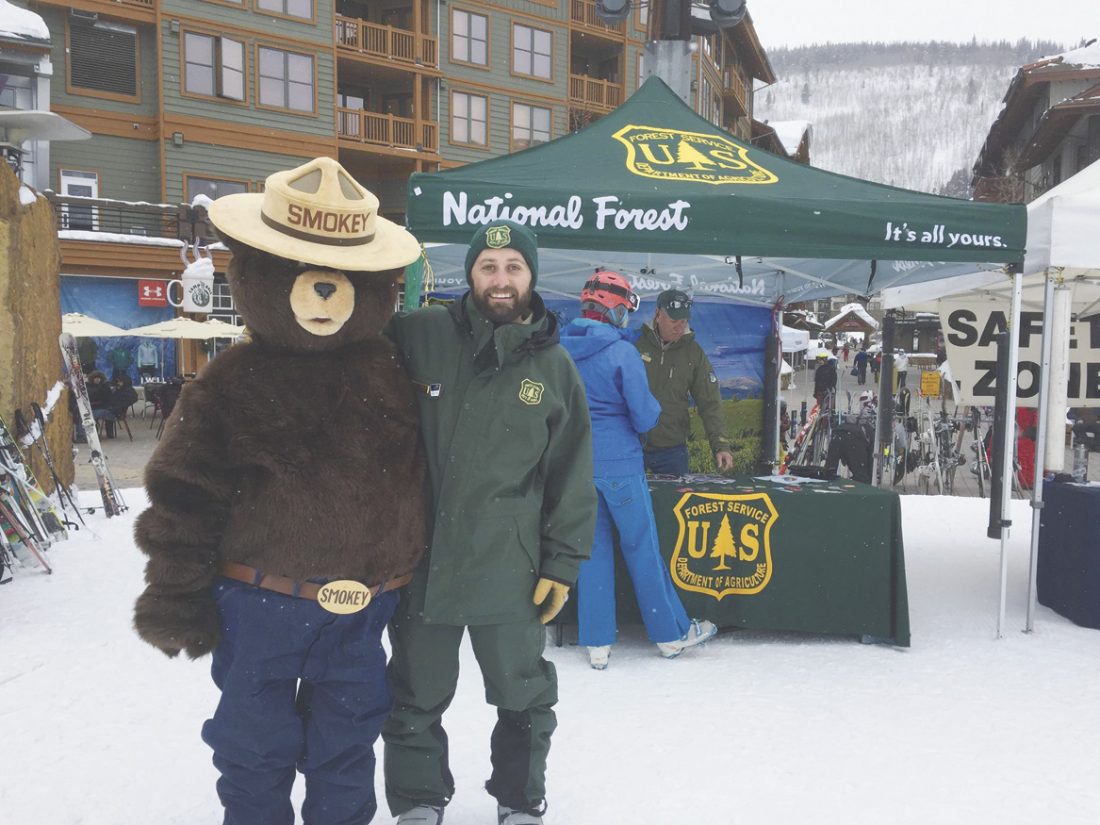 -Submitted photo
Adam Bianchi currently serves as the deputy district ranger for the Dillon Ranger District in Colorado, working for the United States Forest Service on the White River National Forest. Bianchi is a 2005 graduate of St. Edmond.

“For instance, right now, I am helping with a wildfire on the west side of the forest. One thing I love about search and rescue and firefighting is the use of aircraft. Helicopters are pretty exciting, I can’t deny it. While helicopters are scary, nobody is going to deny they are awesome. Any little boy out there will tell you this, and the feeling, for me, has not changed with age. I love search and rescue and wildland firefighting — everything about it: the challenge, strategy, excitement and the hopefully positive outcome.”

Bianchi first arrived in the area back in 2007 while studying forestry at Iowa State University. It started out as a summer position and led to his first duty as a wildland firefighter and forestry technician on the Black Hills National Forest in South Dakota.

After completing his degree at Iowa State, Bianchi worked for the Lassen National Forest in northern California, followed by a stop in the Upper Peninsula of Michigan with the Ottawa National Forest.

“I’ve also been sent all over the United States as a wildland firefighter,” he added. “I feel extremely lucky that my career has introduced me to so many great people and incredible places.”

Bianchi’s current role is to accompany the district ranger through providing leadership and direction in the management of public lands. The charge for the Forest Service is to integrate ecological, economic, and social factors to provide recreation, water, timber, rangeland, minerals, fish, wildlife, wilderness, and aesthetic values for the American people.

Growing up in Fort Dodge, Bianchi credits his dad, Dave, with helping him find his passion and career.

“My purview of natural resources management was the conservation officers for the Iowa DNR. However, as I think about it, there were plenty of other things that shaped and influenced my passion for outdoors and the environment,” Bianchi said. “Through hunting and fishing, my dad really instilled in me a land ethic that taught me respect for the resources, wildlife and public land.

“To this day, of all the amazing places that I have experienced, my favorite is a deer stand at Brushy Creek State Park. Fittingly, it was my dad who planted the idea of going to school and becoming a DNR officer, so when I looked into it, I discovered forestry and I never wavered from it. I also contribute my career to my first job in natural resources as a summer conservation technician for Webster County Conservation. Additionally, the book “Walden” by Henry David Thoreau, which I was assigned to read for an English class at St. Edmond, was pretty influential.”

Bianchi has also noticed a trend he hopes ends quickly when it comes to respecting parks.

“It seems to me that often Americans think of public lands as something that belongs to the government. The truth is, they are all of ours,” he said. “From Snell-Crawford Park to national forests, these lands belong to all of us. With that inherent right, we each have a responsibility to care for these lands for present and future generations.

“Unfortunately, there is a large and growing gap between the ecological needs of special places and the available resources to care for them. These challenges are immense and complicated. But the power of communities and collaboration prove capable of meeting these challenges. Get out there, explore, and find a strong sense of place and connection with these lands and become devoted stewards of our incredible public estate.” 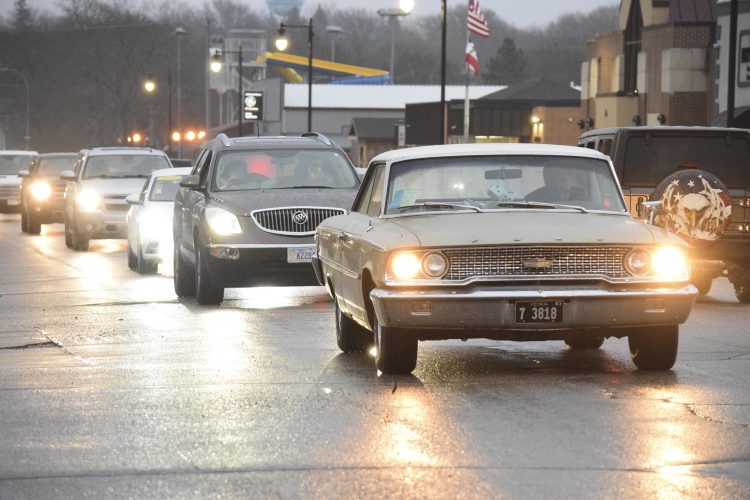 Abby Glass, the new principal at St. Edmond Catholic School, has worn the green and white Gael colors before. In ... 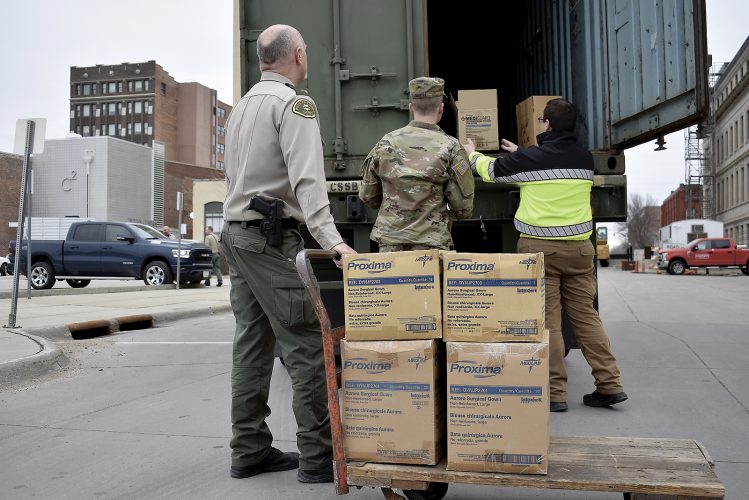 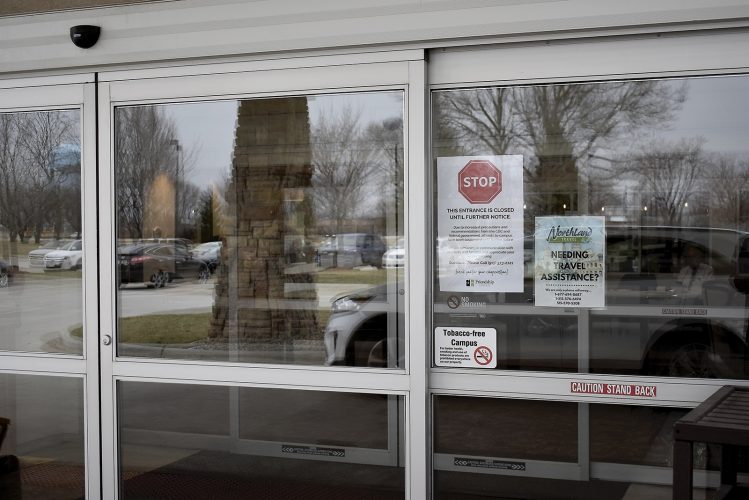 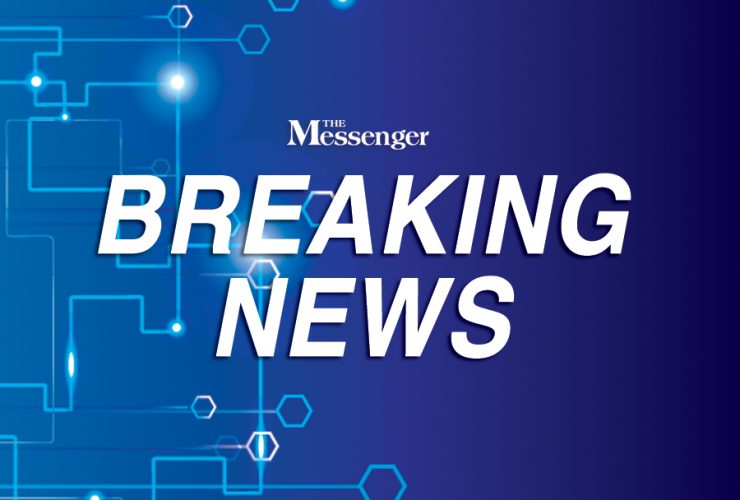 Webster County’s first positive case of novel coronavirus, COVID-19, was confirmed on Thursday, according to ...