Police officers, deputies, firefighters to square off on the diamond Sunday to raise funds for AFES 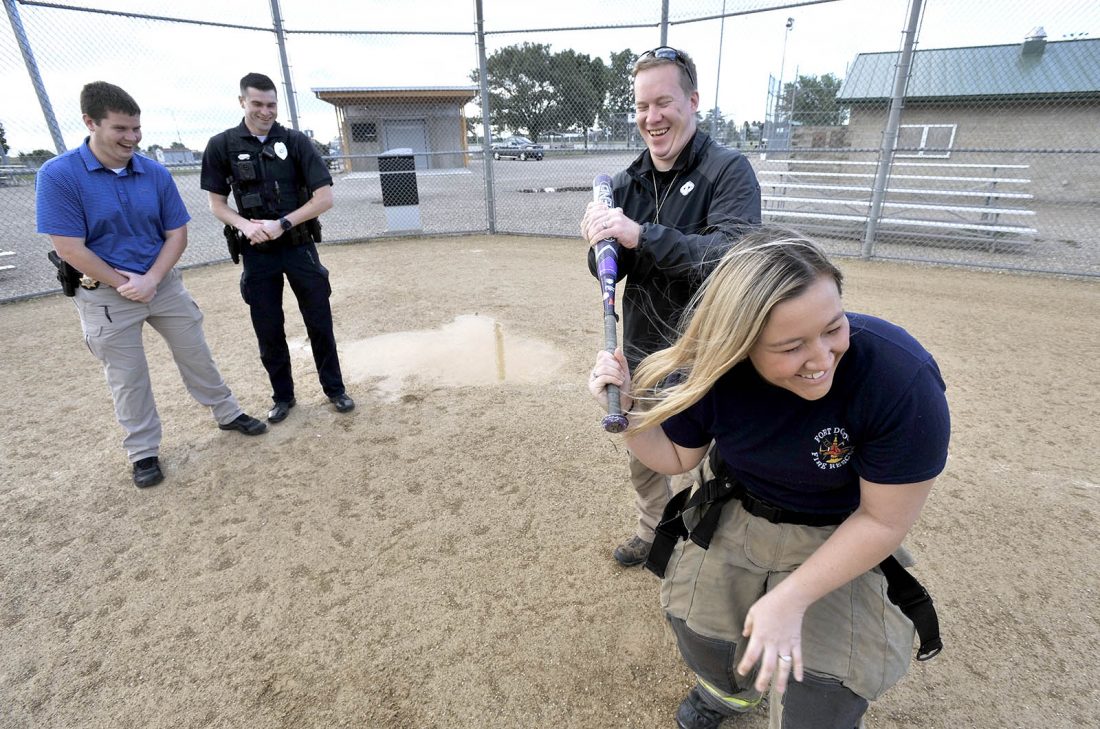 The long-standing friendly rivalry between firefighters and police officers will get another go-around during the upcoming Guns and Hoses softball games at Harlan and Hazel Rogers Sports Complex.

It will be settled in innings, on bases and with lots of good natured ribbing from the dugouts.

The annual game began with a touch football game that resulted in a number of injuries. A year was skipped to allow the older officers time to recover. Then softball was selected for future contests.

This year, the games are set for Sunday.

The firefighters have yet to win one, but in 2018, they came very close. 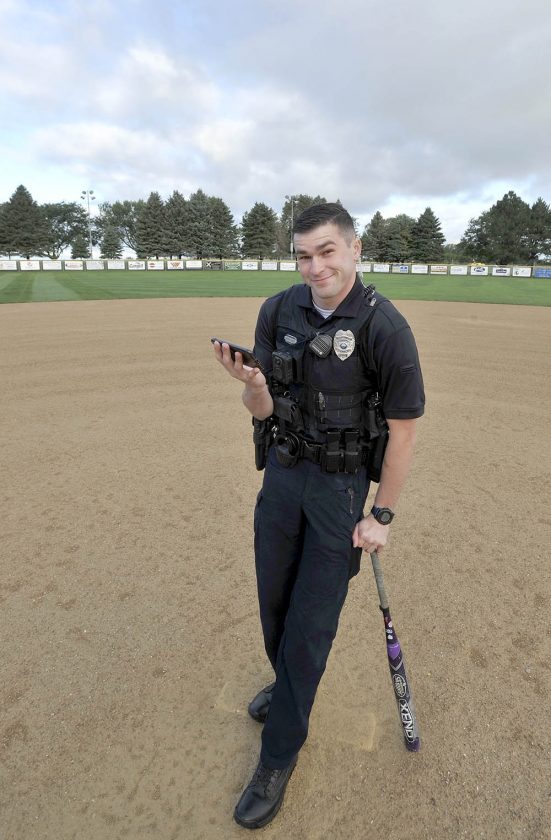 The Rev. Al Henderson, Serving Our Servants founder, which helps organize the games, talked about just how close it actually was.

“The winning run was standing at home plate,” he said.

Fort Dodge firefighter Ashley Jochum, a star softball player in high school and college, said her team has a secret weapon this year.

“We hired Kole Kampen,” she said.

She was unable to give an update on the condition of the firefighter that accidentally ran into Fort Dodge police officer Chris Weiland during last year’s game at second base. Weiland, who’s reported to be 7 feet 6 inches tall and capable of lifting an entire squad car with one hand, not only stopped the runner, the runner bounced off of him.

Rumors that Ember, the Dalmatian mascot who has the entire department as her humans, will be allowed to play are still unconfirmed.

This year the Webster County sheriff’s deputies and the Fort Dodge police officers will each be their own team. Three games will be played.

Officer Harmon Atwood said they have their own methods of preparation.

“We have group chats where we discuss the game,” he said. “We also watch motivational videos on YouTube.”

They’re just that good, he said.

“We’ll win by 10 points,” he said. “We’re the sleeper underdog. We don’t have group chats; we have normal practice.”

Police Sgt. Don McLaren interjected with his belief that the other teams don’t stand a chance against his own.

“It’s like a double barrel versus a garden hose,” he said.

She said that in spite of the ribbing and rivalry, the game is a chance for everyone to have fun and raise money.

“It’s fun to get to have all of them here when they’re not at a crisis,” she said.

This year’s game is a fundraiser for the Athletics For Education and Success program.

Those attending can also help support Serving Our Servants, who will have shirts available.

Red ones and blue ones for those who want to choose sides. For those that want to remain neutral and keep peace in the family, there’s a middle ground.

“We have a new design for this year in black,” Henderson said.

Henderson claims that like the black SOS shirts, he’s neutral.

Because of how neutral he is, it was suggested by someone that he help referee the games.

“I absolutely won’t do that,” he said. “That’s got lose written all over it.”

He will be making sure that the players, be they deputies, officers or firefighters, play nice.

Of course, the game could not happen without help from the community. Henderson said that Shimkat Motor Co., Kemna Auto of Fort Dodge, Stitch Above the Rest and Daniel Tire stepped up with funds and prizes.

Admission is $5 per person for all three games. Concessions will be available.