-Messenger photo by Hans Madsen
Friendship Haven Chaplain Rev. Jennifer Owen visits with some of her congregation before the start of Sunday morning services. 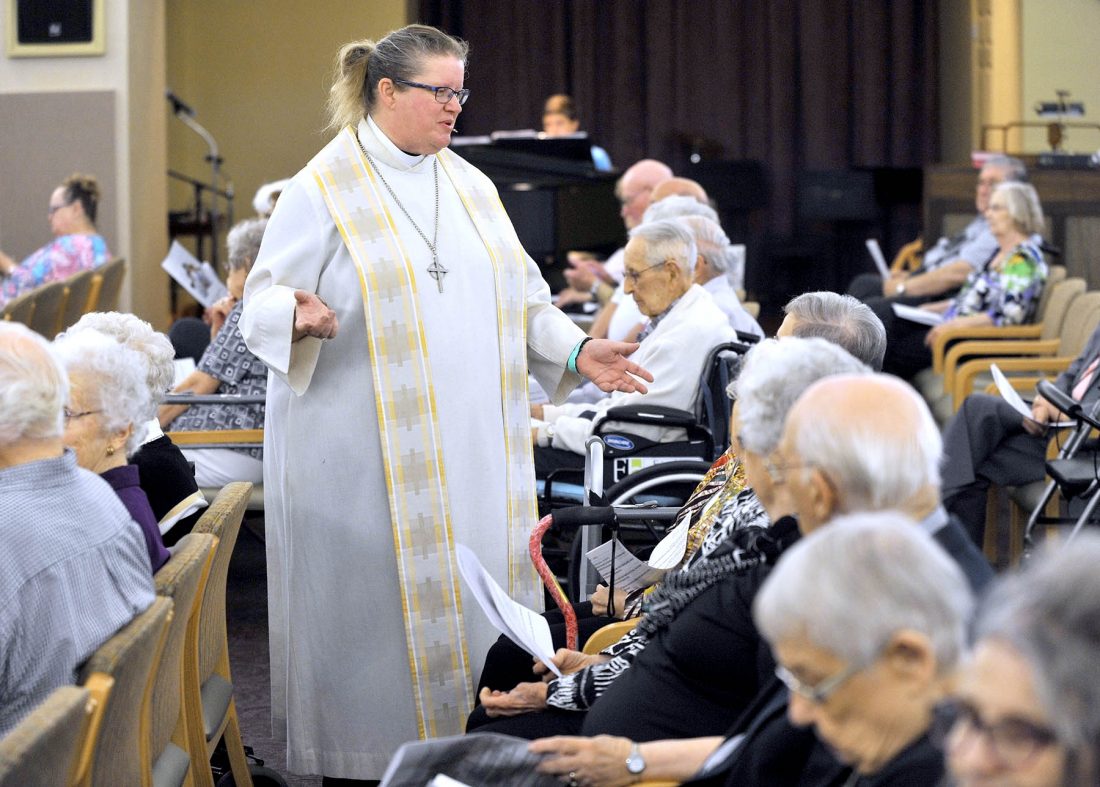 -Messenger photo by Hans Madsen
Friendship Haven Chaplain Rev. Jennifer Owen visits with some of her congregation before the start of Sunday morning services.

The Rev. Jennifer Owen’s office at Friendship Haven is a much visited and calming place.

“I can bring either dog,” she said.

Owen didn’t start out with ministering to seniors in mind. Instead, she was eventually called in that direction.

“I started seminary to be a youth director, not a pastor,” she said. 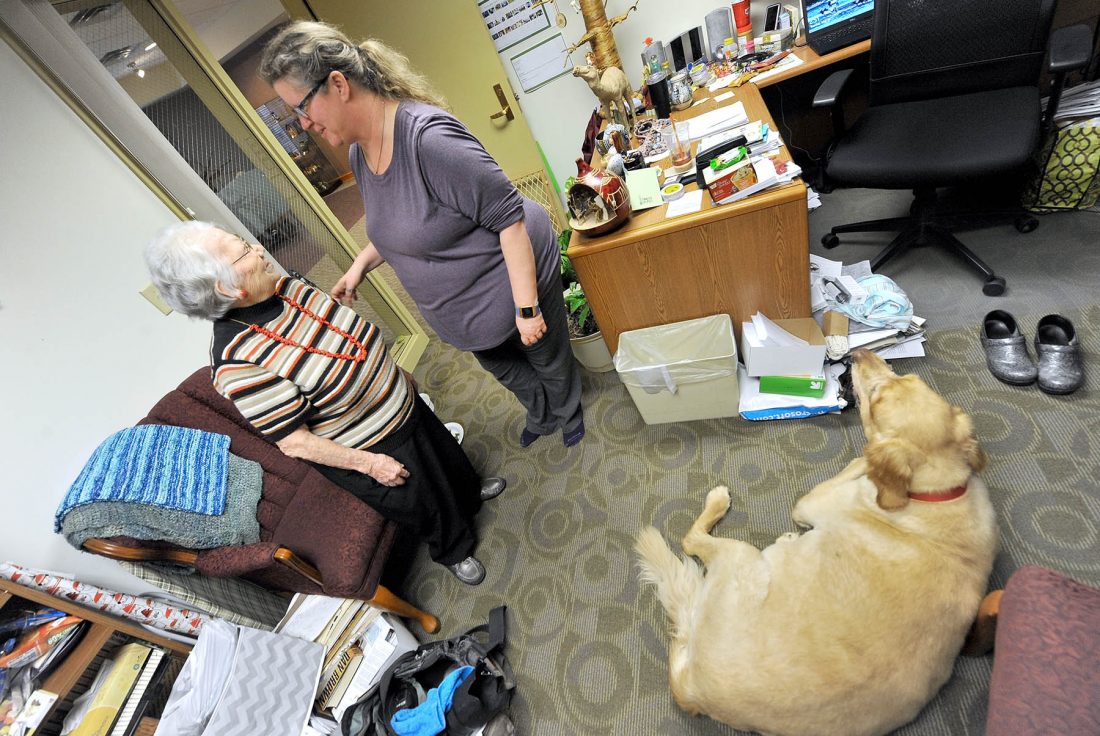 Her education started on a secular note.

“I was originally a political science and German major,” she said.

She completed her pastoral studies at Luther Seminary in St. Paul, Minnesota. During the program, she was encouraged to ask questions.

“We were encouraged to ask questions and to challenge the church,” she said.

Owen was then called to several parishes in Oklahoma, including some time in Durant.

“It was known for Reba McEntire and Dennis Rodman before he got weird,” she said.

She then went to St. Louis to enter the church’s Clinical Pastoral Education program.

“I left, then became a student, then I came here,” she said.

She’s there to help.

“People want to be seen, heard and valued,” she said. “Many older adults often feel like they’re not valued. They want to be remembered for something.”

“I try to learn as much as I can about them,” she continued. “Some of the best parts of my job is often just visiting. Hearing about their lives, what they’ve done.”

There’s sometimes a down side to that.

She doesn’t have all the answers, but she doesn’t resort to the common platitudes.

Her services are moving. One Sunday found her answering the question of how to pray.

In it’s simple version: “Pray for others.”

“I was good with Bible stories,” she said. “But not good with theology. I couldn’t tell you why bad things happen to good people. … I still can’t tell you.”

“You’re called,” she said. “The community calls you; God calls you. I felt called to be a chaplain. I love to interact. You never know what somebody’s going to say.”

She feels at home there, as do the residents.

“This truly is their home and it becomes their faith community too,” she said. “We worship with about 80 to 90 each Sunday.”

“We’re an eHarmony commercial in the making,” she said. “I was in Minnesota; Eric was in Connecticut. He said, ‘You must be Lutheran, what else would you be doing in Minnesota.”

“We were married on his 40th birthday so he could remember our anniversary.”

During her free time, Owen is an avid photographer, hiker and reader.

“I also like to get out with family and friends,” she said.

She plans on staying on, because the calling is very rewarding for her.

“It really is,” she said. “Getting to hear people’s stories, getting to visit with people.”