-Messenger photo by Kelby Wingert
The Manson downtown streetscape project, which broke ground in June 2018, officially wrapped up in June of this year. The project affected two blocks of Main Street in downtown Manson.

-Messenger photo by Kelby Wingert
Downtown Manson recently got a facelift during a year-long streetscape project on Main Street. The $1.5 million project was finalized in June.

-Messenger photo by Kelby Wingert
Bump-outs were added to the sidewalk corners of Manson’s Main Street during the downtown streetscape project, which finished in June. 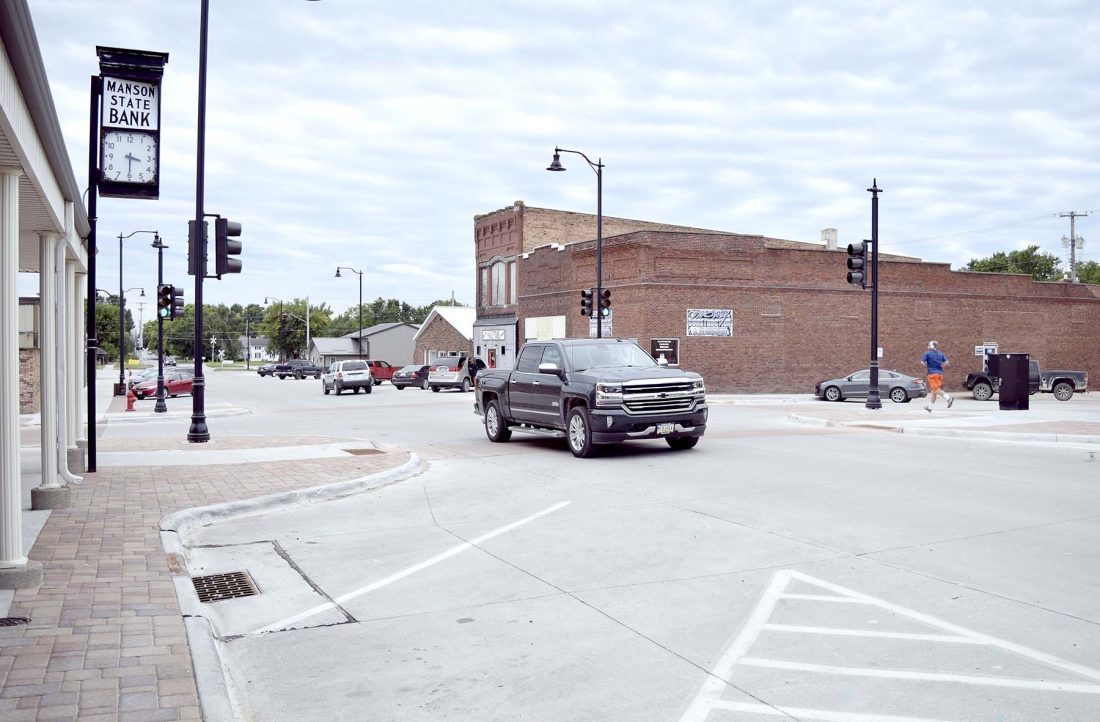 -Messenger photo by Kelby Wingert
The Manson downtown streetscape project, which broke ground in June 2018, officially wrapped up in June of this year. The project affected two blocks of Main Street in downtown Manson.

MANSON — The city of Manson recently completed a year-long streetscape project in its downtown area.

The streetscape project, which was announced in January 2018 and broke ground in June 2018, was a much-needed update to the downtown business district, said Manson Mayor Dave George.

“There were several things that came into play,” George said. “No. 1 was the condition of the street, condition of the sidewalks. The city and businesses, after the tornado in 1979, put up a wood facade or overhang on top of the sidewalks and a lot of that was deteriorating to the point where it was becoming unsafe. The City Council had pondered this over the last 10 or 12 years.”

George said the council held a series of meetings, including local business owners and residents to discuss their vision and what the city needed to do to realize that vision.

“Most every meeting, the first on the list was downtown and it needed to be updated,” he said. “It takes a lot of money to do something like that in a small town, so we had to wait until there was a time that was right, where it financially made sense for us to do it.”

-Messenger photo by Kelby Wingert
Downtown Manson recently got a facelift during a year-long streetscape project on Main Street. The $1.5 million project was finalized in June.

The project in total cost “right around $1.5 million,” the mayor said. The project was financed through general obligation bonds. The project components included reconstruction of the street, curbs, gutter and sidewalks, as well as replacing the water main, water services, storm sewer and intake structures, street lights and traffic signals and reconstructing the alley north of 10th Avenue.

George said the completed streetscape project is a “huge, dramatic” change from what the area looked like before.

“It turned out gorgeous in my opinion,” he said. “Everything is handicap accessible now, we beautified the whole downtown, new lighting. I think it’s a much more attractive downtown for people to come and visit, to come do business. We flattened everything, so it’s just a lot more accessible and more updated.”

While Manson’s Main Street re-opened to traffic in December 2018, the project was not complete until June of this year. The project took longer than originally planned, causing frustration for some residents and owners of businesses near the area of construction.

The business for Big Beve’s Bar and Grill was “tremendously” affected by the project and its delays, said owner Jordan Jones. 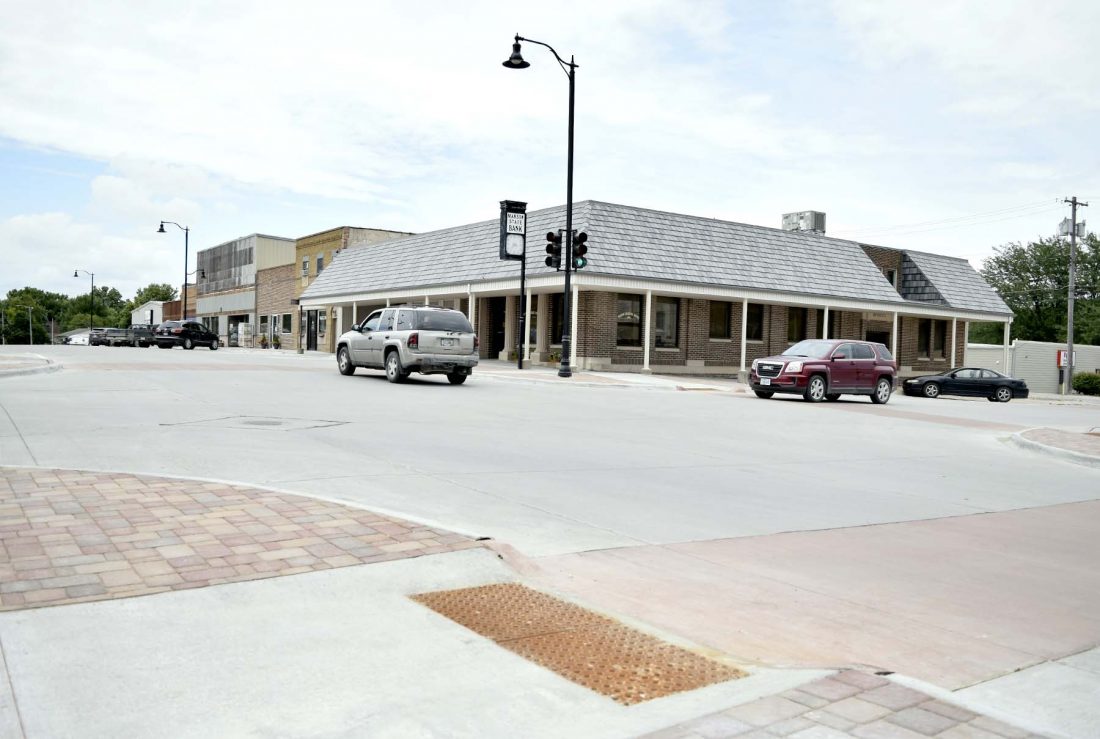 -Messenger photo by Kelby Wingert
Bump-outs were added to the sidewalk corners of Manson’s Main Street during the downtown streetscape project, which finished in June.

“Unfortunately because of unforeseen circumstances, it ran twice as long as it should have,” George said. “We had hoped when we first started it in 2018 that we would be done before winter set in completely. As it turned out, because of flooding, because of delays in getting some of the water main valves, it carried into the spring. I commend the businesses that stuck it out and put up with the construction.”

Despite the delayed completion and frustration from community members, the overall reactions to the finished project have been positive, George said.

“It looks nice,” Jones said. “I would say the quality of it probably is not the best I was expecting, but I think there are some plans to try to address some of the issues.”

“I like the openness without the canopies,” she said of the finished streetscape project. “I think it gives it a bigger feel.”

The city of Manson isn’t done updating just yet, George said. The City Council has several projects on the horizon for the city.

“We are currently looking at expanding the fire station,” he said. “We just acquired property to expand the fire station and put on another four bays for both them and the ambulance service. We’ve got a well site north of the city that we’re trying to test to see if maybe that is a solution for us for our water redundancy that the DNR is mandating. We still want to get a trail system started; we haven’t got that accomplished yet, that’s on the plate. There’s always things.”

“I think people should take a minute and come over and see the downtown Manson area and visit the restaurants and the stores there and see what we’ve done and take it in,” George added. “It turned out beautiful.” 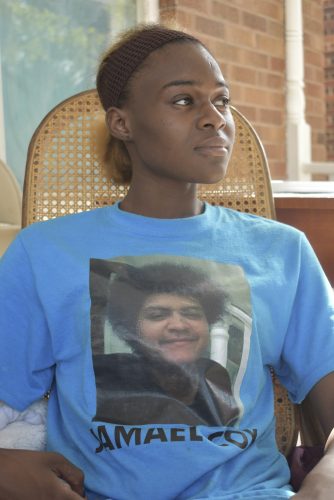 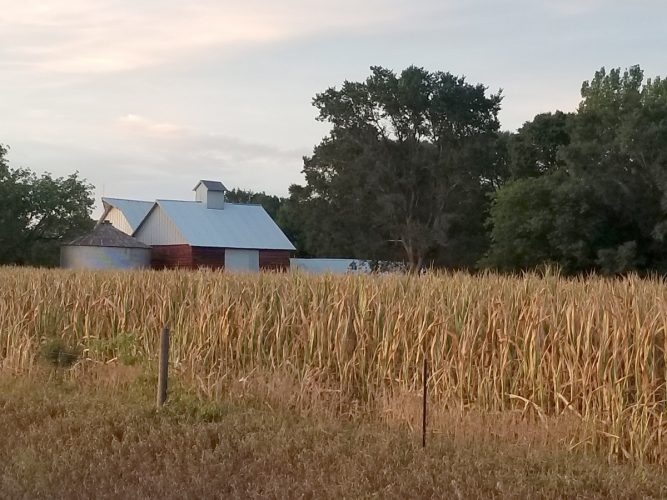 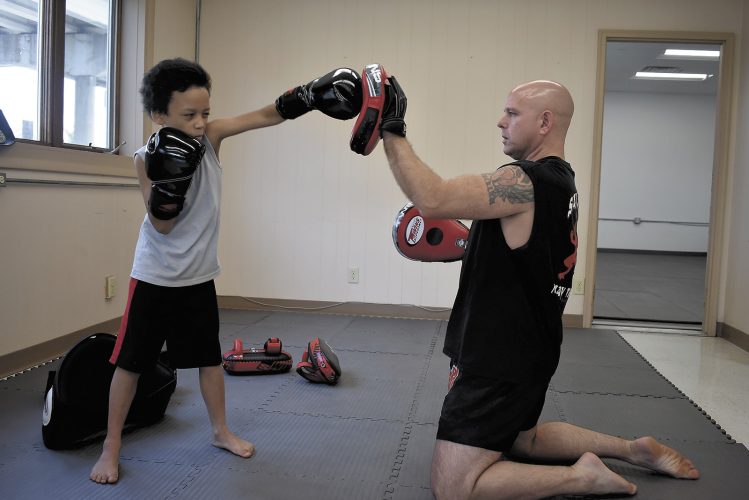