-Messenger photo by Chad Thompson
Marcia Calmer, Twin Rivers Habitat for Humanity ReStore manager, looks over some of the light fixtures at the ReStore Wednesday afternoon. 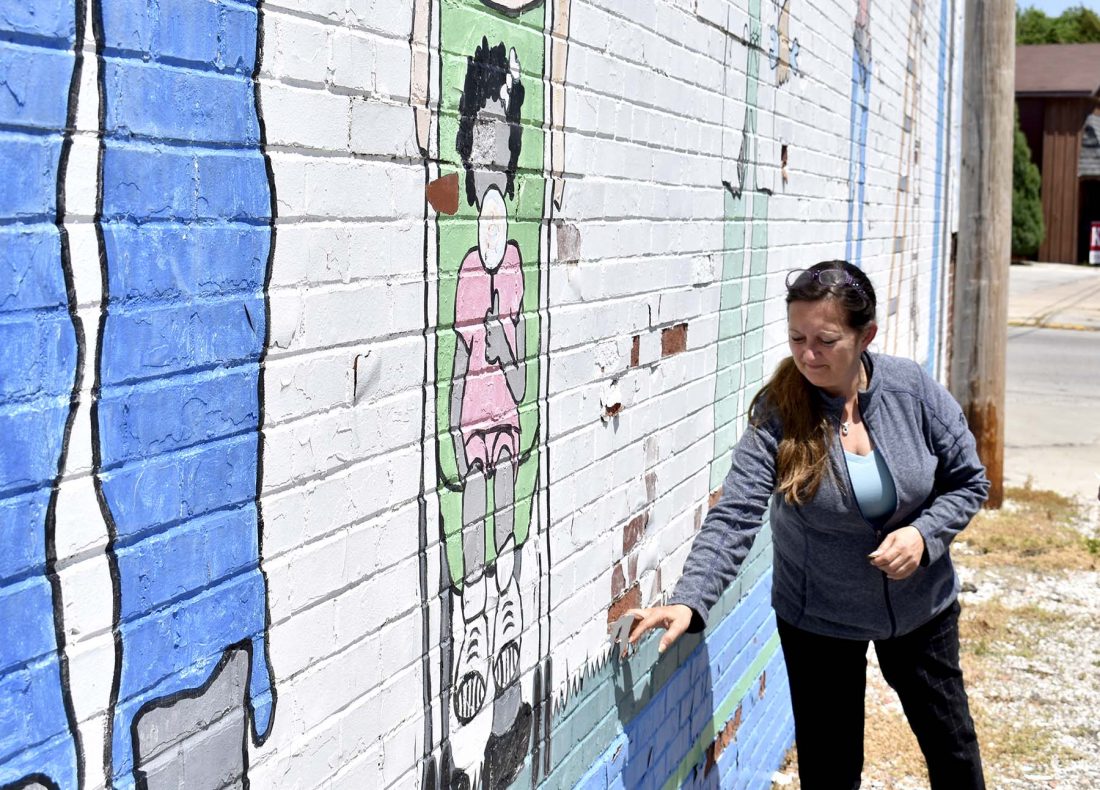 People who regularly visit the Twin Rivers Habitat for Humanity ReStore in search of affordable items for their next home improvement project may notice that the shop is open longer on Saturdays.

The group is teaming up with other organizations for the first time in its recent history to provide more housing-related help to people who need it.

As a result, qualifying veterans could get a new roof for free and disabled people with low to moderate incomes can obtain aluminum ramps to improve access to their homes.

While diversifying its mission, Twin Rivers Habitat for Humanity remains dedicated to helping qualified families achieve home ownership. It is currently trying to raise $80,000 in matching funds so that it can get grants to build a new home for a Fort Dodge mother and her two children. 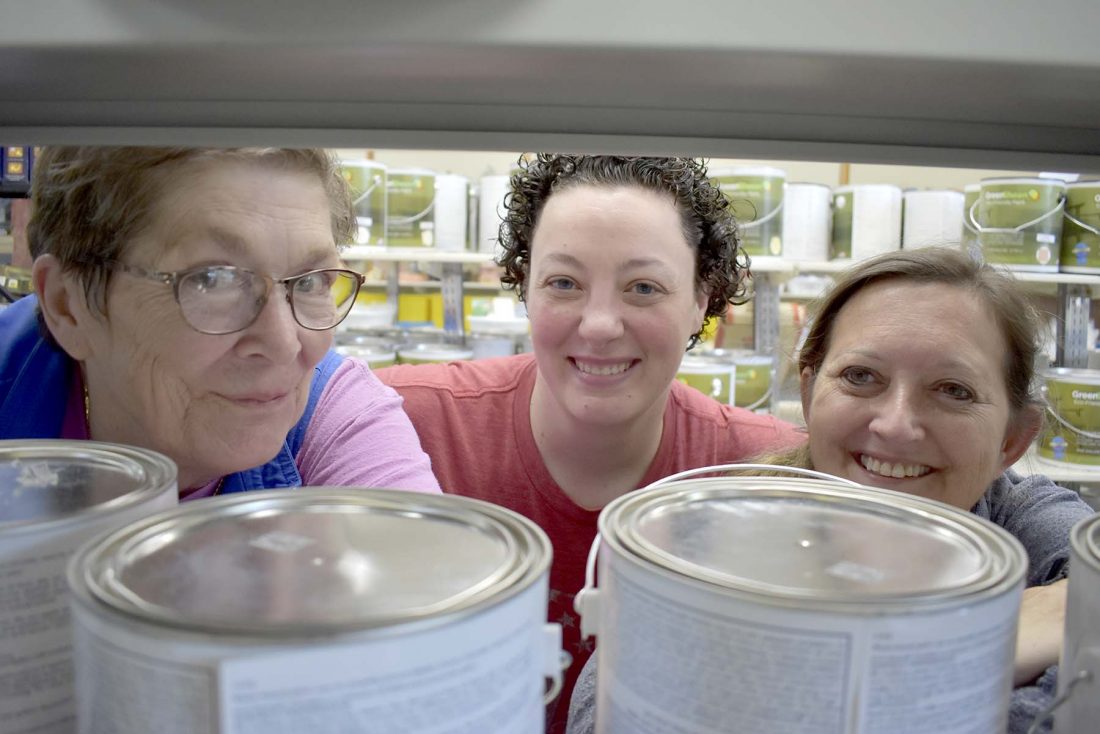 ”It’s a community effort to achieve this,” Calmer said. ”We’re trying to involve the community in it.”

The change in leadership occurred at the beginning of this year.

Getting more volunteers and building more houses are the group’s goals, he said.

The group is making an effort to work with the Fort Dodge city government, the Heart of Iowa Regional Housing Trust Fund and Upper Des Moines Opportunity Inc. Alstott said the local Habitat for Humanity group did not work in collaboration with them before. 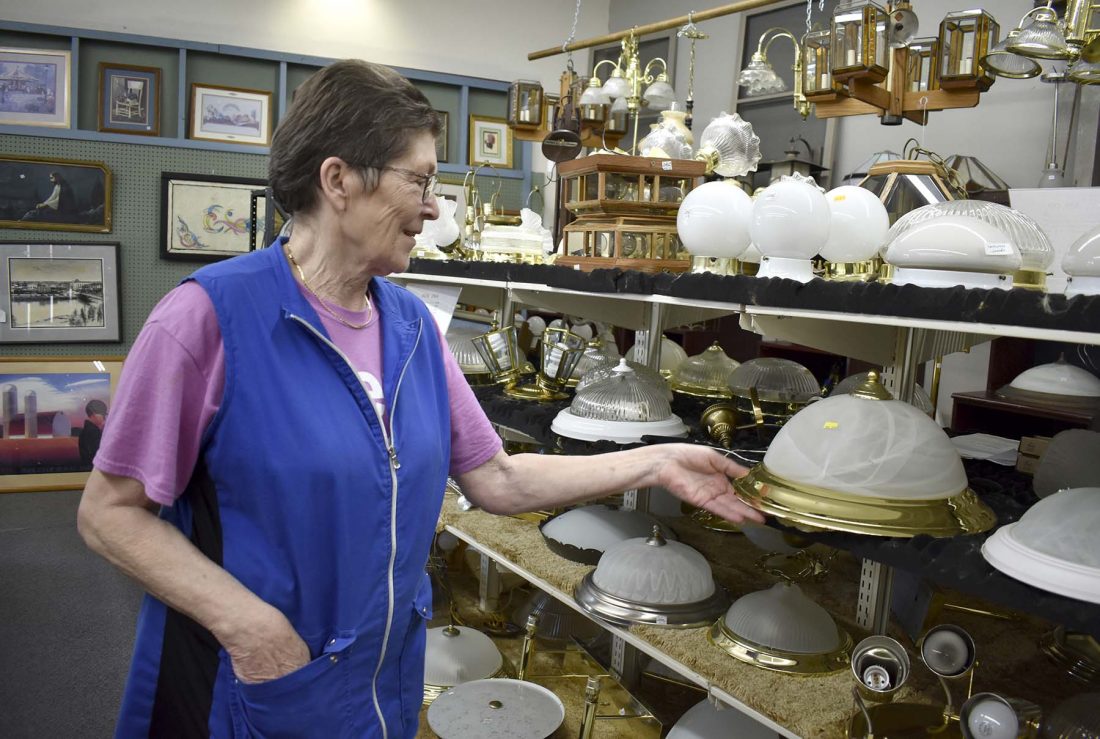 -Messenger photo by Chad Thompson
Marcia Calmer, Twin Rivers Habitat for Humanity ReStore manager, looks over some of the light fixtures at the ReStore Wednesday afternoon.

Twin Rivers Habitat for Humanity is now partnering with the Heart of Iowa Regional Housing Trust Fund on a program called Veterans Build. Alstott said the program will put new roofs on the homes of honorably discharged veterans who meet income requirements.

Two new roofs a year can be done through that program.

In another new initiative, Twin Rivers Habitat for Humanity will help disabled people whose incomes fall within the definition of low to moderate get the ramps they need for access to their homes.

The organization will seek grants to pay for aluminum ramps, which will be free to the home owners. However, the ramps will remain the property of Habitat for Humanity and must be returned to the group if the disabled individual leaves that home. 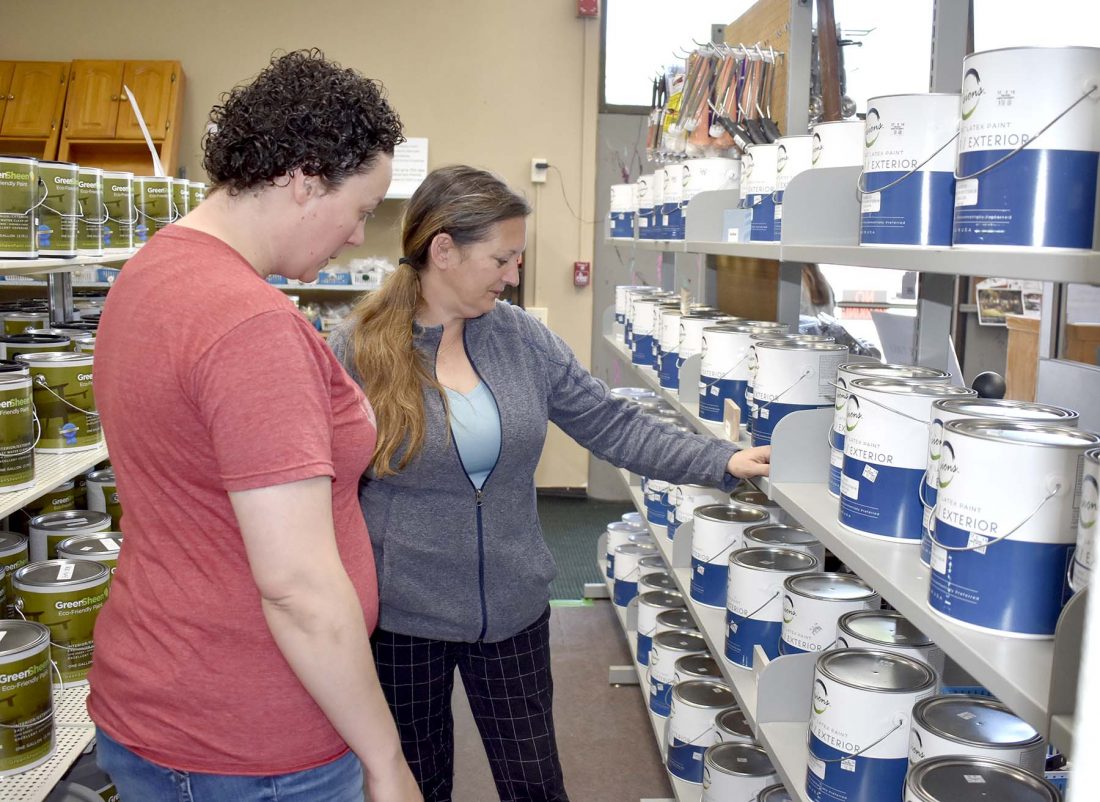 The local Habitat for Humanity chapter is also starting a program it calls Brush With Kindness that will provide some limited home repairs to people with low to moderate incomes. Alstott said so far the repairs have mostly involved problems with windows and doors.

The original and still primary mission of Habitat for Humanity involves building homes rather than fixing them. The organization is wrapping up work on a house at 211 First Ave. S. in Humboldt. That home is expected to be finished this month.

The next house to be built will be in Fort Dodge, and it will be home to a mother and her two children.

”A new build is to start later this year,” Friesth said. ”We are in the process of seeking matching funds from community businesses in the Fort Dodge area to qualify us for grants in order to start the new home build.”

That house, like all the others built by Habitat for Humanity, will not be free. The owner of the home must make a down payment of about $1,000 and they will pay off the house with a no interest mortgage. The new home owner will also invest an average of 400 hours of what Habitat for Humanity calls ”sweat equity” working to build the house or another Habitat house.

The local Habitat for Humanity chapter has built 25 houses since it was established in 1991.

Its ReStore at 118 N. 12th St. features doors, windows, sinks, cabinetry, trim and other items salvaged from homes and made available for sale to the public.

The ReStore is open from 10 a.m. to 4 p.m. on Tuesdays, Thursdays, Fridays and Saturdays. It is open from noon to 5 p.m. on Wednesdays.

To volunteer with Twin Rivers Habitat for Humanity, visit the ReStore or call 515-576-4316.