Back for the summer

-Messenger photo by Peter Kaspari
Director Jerrold Jimmerson conducts the Karl L. King Municipal Band Sunday at the Oleson Park Bandshell. The concert was the King Band’s inaugural show of the season. Eight concerts will be performed this summer. 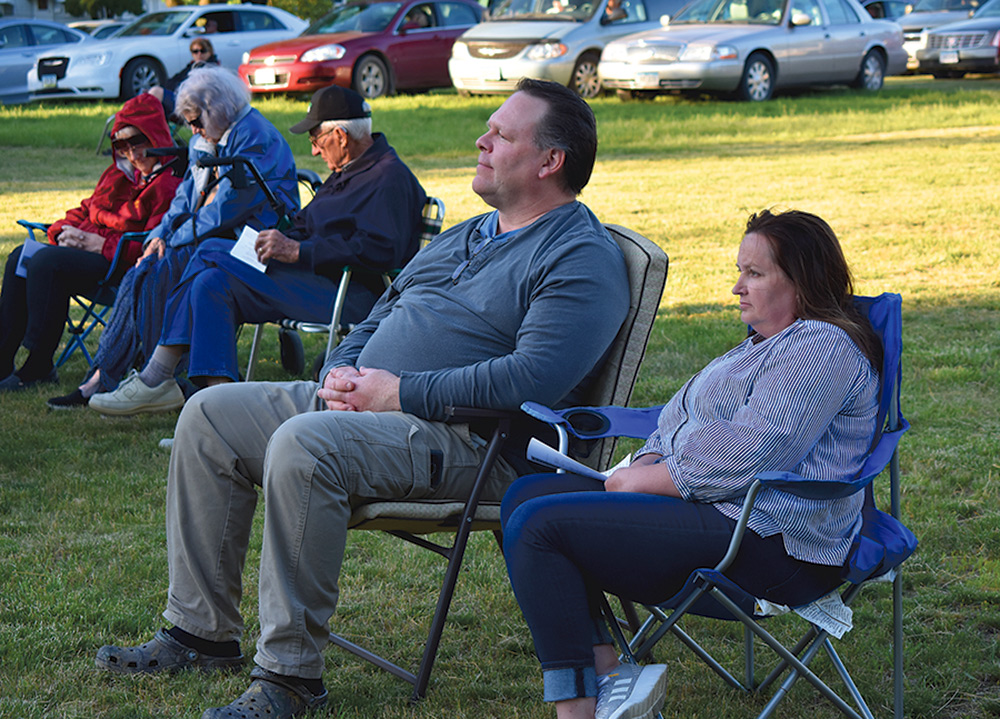 The weather may have been cool, but that didn’t stop a crowd from coming to the Oleson Park Bandshell to catch the inaugural Karl L. King Municipal Band concert for the summer season.

The people coming to see the first concert of the season were a combination of veteran King Band concert-goers and those who were attending the concert for the first time.

Among the veteran concert-goers were Janice Loving and her friend Ruth Carter, both of Manson.

Loving said she enjoys listening to the band perform as well as hearing the soloists. She also admitted to being particularly interested in the drums, since she herself is a drummer.

Carter said the music is just one reason she loves attending the concerts. She enjoys learning the history of Karl King himself. 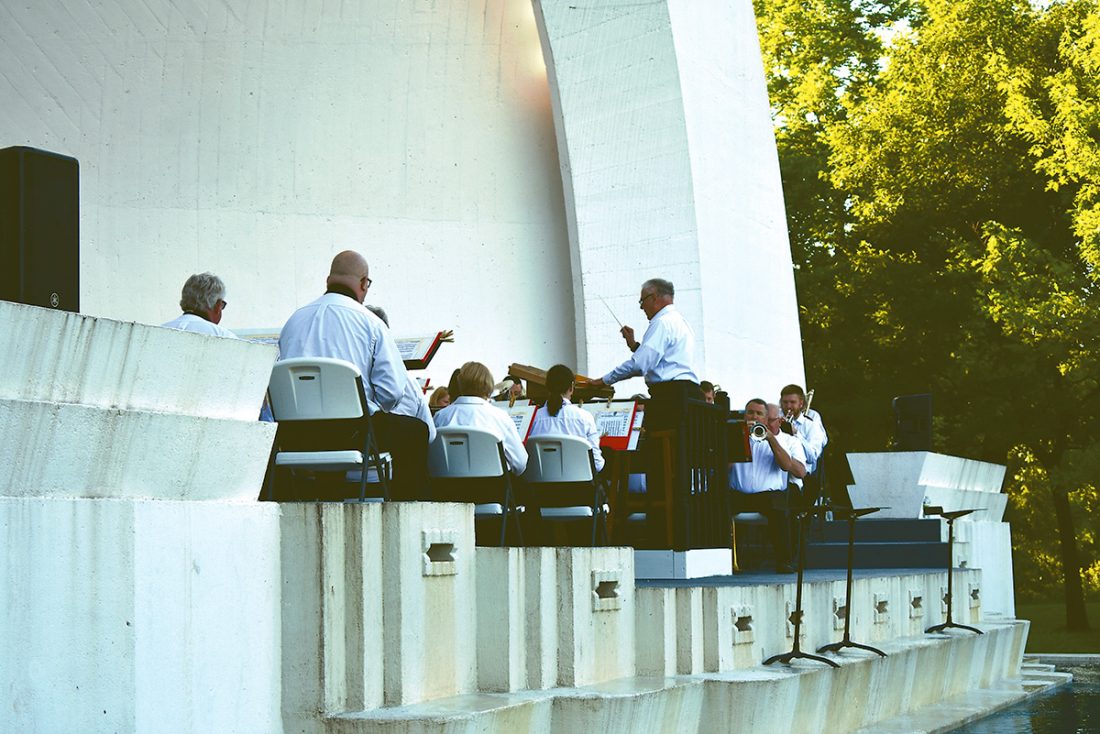 -Messenger photo by Peter Kaspari
Director Jerrold Jimmerson conducts the Karl L. King Municipal Band Sunday at the Oleson Park Bandshell. The concert was the King Band’s inaugural show of the season. Eight concerts will be performed this summer.

“We’re both music buffs and we love going to music things,” Carter said.

Zoey Sternquist, of Ames, was attending her first outdoor King Band concert, but she’d attended some in the winter.

“My boyfriend plays, so I come,” she said. 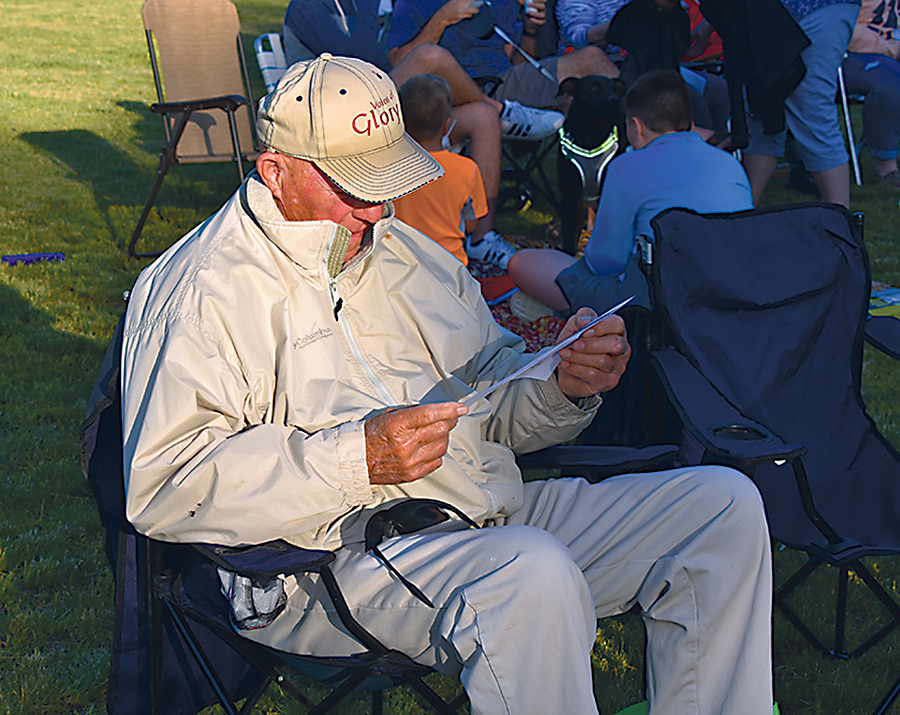 Sternquist added that she was looking forward to attending the concert outdoors.

“We have a daughter and a son-in-law in the band,” Gary Blue said. “But we used to come before they were in the band.”

There are many reasons why Blue loves coming to the King Band concerts.

“Naturally, the music,” he said. “And the open fresh air and being with people that are here. It’s a combination of a lot of things.” 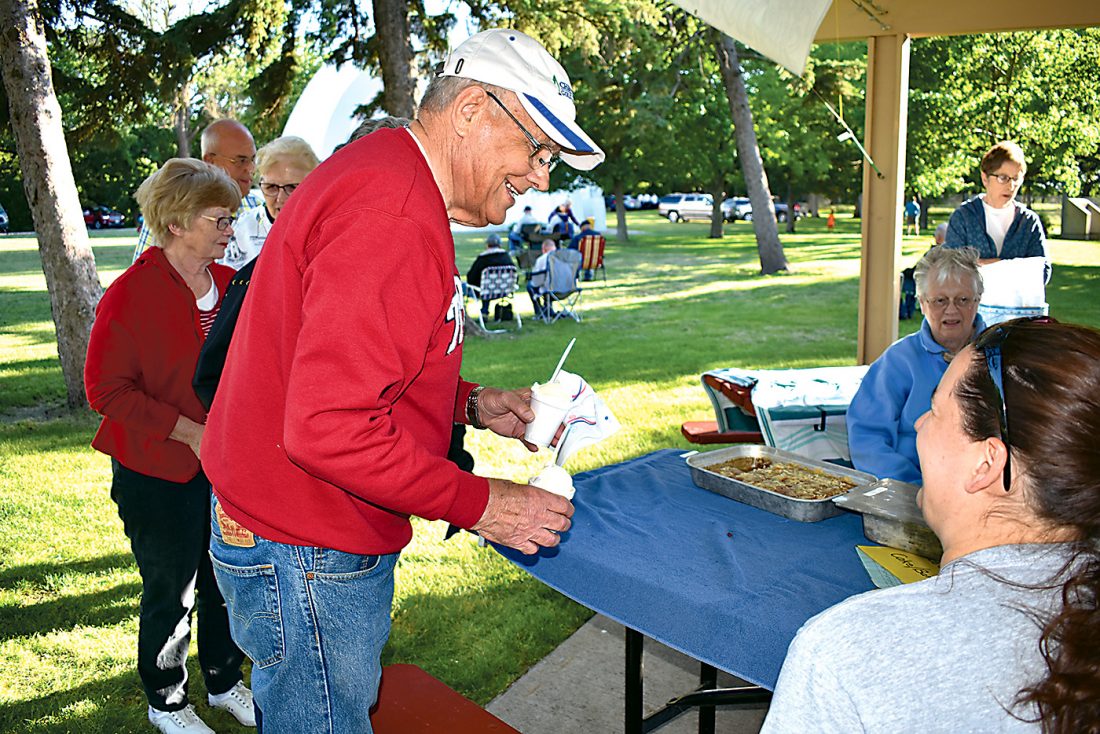 He was also happy the weather didn’t turn rainy, as some forecasts were predicting.

Blue also said he enjoyed the food, which had a fairly long line before the concert.

“We just got ahead of the line,” Blue said.

The food being served was homemade ice cream and other various pastries. The Good Shepherd Lutheran Church’s bell choir was serving the food.

Jan Altemeier, one of the bell choir members, said the amount of food they sell depends on the night, but she enjoys interacting with the people.

“Some of us are going to the National Bell Choir festival in July,” she said.

Russ Christensen, of Humboldt, was looking forward to everything about Sunday’s concert.