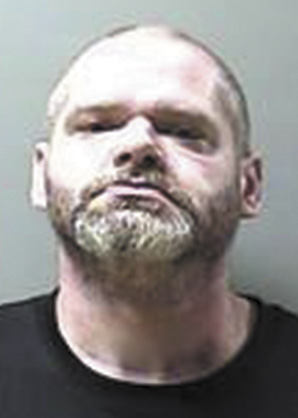 ROLFE — A Rolfe man is accused of trying to kill his wife by stabbing her, authorities in Pocahontas County said.

William Andrew Clark, 35, faces an attempted murder charge, according to the Pocahontas County Sheriff’s Department. He is also charged with willful injury, going armed with intent, domestic abuse with a weapon, and two counts of false imprisonment.

The Pocahontas County Sheriff’s Department said they responded to an unidentified home in Rolfe around 9:52 p.m. Friday after receiving two 911 calls regarding the stabbing.

Clark had fled the scene by the time authorities arrived.

Authorities also did not disclose the extent of the wife’s injuries.

Clark was arrested Saturday night in Ottumwa after an extensive search. He was originally taken to the Wapello County Jail.

He is being held in the Pocahontas County Jail in lieu of $35,000 bond.

No information on a preliminary hearing could be found on Iowa Courts Online.