Higgins questions price paid for property to be demolished

-Messenger photo by Bill Shea
The Fort Dodge City Council purchased this building at 926 Fourth Ave. N. Monday from Second Baptist Church for $36,360. It will be demolished. 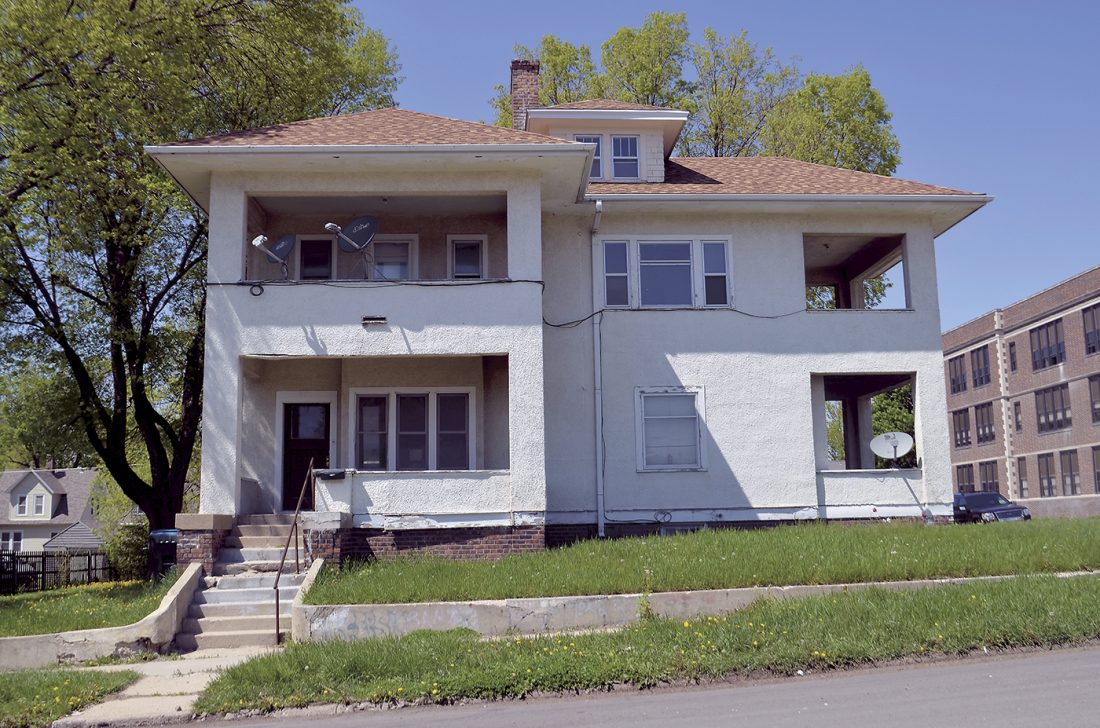 -Messenger photo by Bill Shea
The Fort Dodge City Council purchased this building at 926 Fourth Ave. N. Monday from Second Baptist Church for $36,360. It will be demolished.

A Fort Dodge resident unhappy with the City Council’s recent purchase of a vacant house accused elected officials Monday of ”giving away money” while raising the water bills.

Richard Higgins, of 1661 Ninth Ave. N., took issue with the council’s April 22 purchase of the house at 323 N. Eighth St. The council bought that property from FD Investments LLC for $55,000.

Councilman Jeff Halter said he believed the city did pay too much for that house. But he said that property was one of five purchased in the same block during that council meeting, and added that the average price ”seemed reasonable.”

None of the council members offered a detailed explanation for the $55,000 purchase price.

However, Vickie Reeck, the city’s community and economic development director, did. She said the purchase agreement requires FD Investments LLC to demolish the house before the sale is closed.

She said the estimated demolition cost is $25,000. She said the city is paying the property owner the purchase price plus the cost of demolition.

The transaction, she said, will actually save the city $5,000 to $8,000. She said that’s because if the city were to tear down the house, it would first have to do asbestos testing and mitigation, estimated to cost $5,000 to $8,000. Then the city would have to pay a contractor about $25,000 for demolition, she added.

The city has purchased six buildings in the 300 block of North Eighth Street recently. Those houses will all be demolished, and the land will be made available for future development.

Councilman Dave Flattery said there is no definite redevelopment plan for the area yet.

”The idea is to improve a blighted area of the community,” he said.

He said revenue from water bills isn’t being used for the project.

”Utility rates are a whole different pool of money,” he said.

In another move related to the purchase of a house, the council rejected a request to change the terms of a deal for property at 431 Hawkeye Ave.

The council purchased that house on April 7 from Mark and Celia Taylor, of Fort Dodge, for $62,500. The city wants that property so that a curve on Hawkeye Avenue can eventually be straightened. The terms of the deal required the Taylors to demolish the house before the sale closed.

On Monday, the council received a request from the Taylors to extend the closing date and make an advance payment of $29,000 so that they could move the house.

”I don’t want to buy an asset just to give it back to the owner,” Councilman Neven Conrad said.

The Taylors were not at the council meeting. An attempt to reach them by phone Monday night was unsuccessful.

The council voted 5-2 to reject the proposed change to the sale.

During the meeting, the council purchased two more properties with no debate. A house at 315 N. Eighth St, was bought from Raven Homes LLC, of Edina, Minnesota, for $36,750. A large two-story building that appears to have two housing units in it at 926 Fourth Ave. N. was bought from Second Baptist Church for $36,360. Both buildings will be demolished.