St. Paul students give voice to what they have learned

-Messenger photo by Peter Kaspari
Ardyn Ellis, a sixth-grader at St. Paul Lutheran School, gives a speech about her hermit crab. Ellis was one of several fifth- and sixth-graders who were taught public speaking by members of RSVP.

-Messenger photo by Peter Kaspari
Tiffany Garber, a sixth-grader at St. Paul Lutheran School, introduces the next speaker during the Speak Up presentation. Students spent the past six weeks learning about public speaking from members of RSVP. 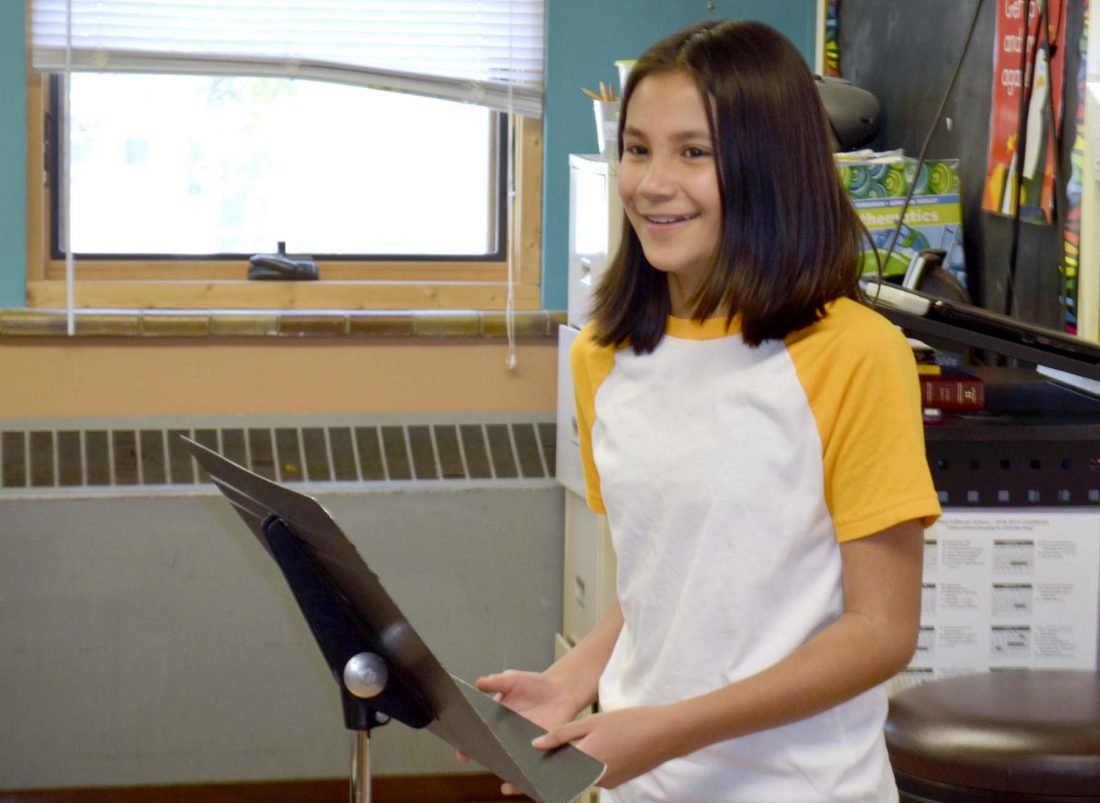 -Messenger photo by Peter Kaspari
Tiffany Garber, a sixth-grader at St. Paul Lutheran School, introduces the next speaker during the Speak Up presentation. Students spent the past six weeks learning about public speaking from members of RSVP.

Fifth- and sixth-grade students at St. Paul Lutheran School showed off the public speaking skills they’d learned over the past six weeks Thursday by presenting speeches on topics about which they care.

The Speak Up program was a collaborative effort between St. Paul and volunteers with RSVP — Retired and Senior Volunteer Program.

Kayla Gratton, the school’s fifth- and sixth-grade teacher, said two volunteers from RSVP came to her classroom once a week to teach her students how to structure a speech for public speaking.

This included the three parts of a speech: the introduction, the body, and the conclusion. Gratton said the volunteers also educated the students on how to give eye contact and using visual aids to help improve the speech.

“Then, the students were able to pick a topic of their choice they were excited about, they wanted to tell more about,” Gratton said. “They did some research on their own, they were able to fill out a template that had all the parts of the speech on it, and then present.” 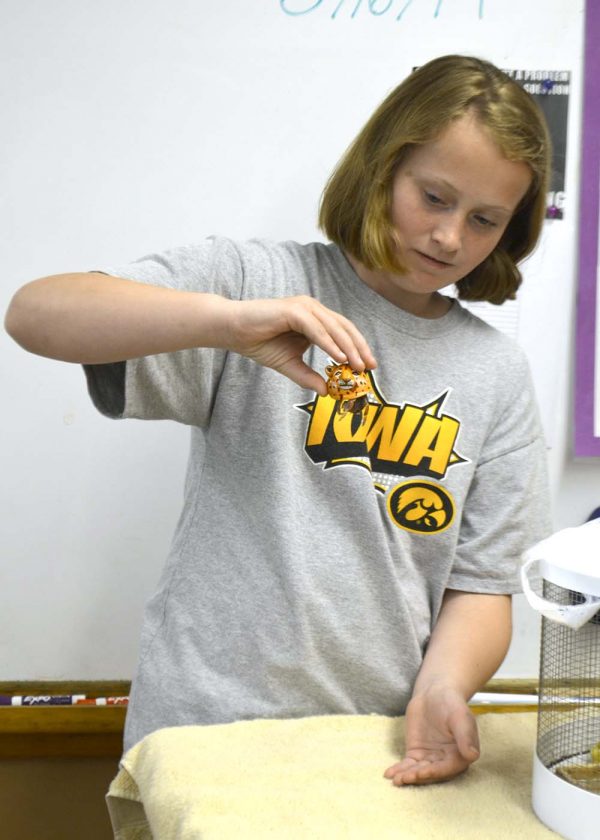 -Messenger photo by Peter Kaspari
Ardyn Ellis, a sixth-grader at St. Paul Lutheran School, gives a speech about her hermit crab. Ellis was one of several fifth- and sixth-graders who were taught public speaking by members of RSVP.

But the students didn’t just give speeches. They took on other roles as well.

Gratton said the roles included the master of ceremonies, who introduced the speakers; the word monitor, who counted how many times “um” or “ah” was said; the time monitor, who made sure the speech was more than three minutes long; and the voice monitor, who sat at the back of the classroom and held up a sign if the speaker was too quiet.

The volunteers were crucial to the students succeeding, according to Gratton.

“And it was awesome because they used very good positive reinforcement, as well as ‘this is what you could do better to make it more appealing next time,'” she said.

The difference in her students is noticeable.

“I’ve seen a growth in confidence in the students’ ability to talk to one another, and also present ideas maybe they’re not so confident about,” Gratton said.

The students were also excited to learn about how to give speeches.

“Throughout their days, when we had independent work time, they would ask, ‘Can I go work on my speech? Can I bring this for my visual aid?'” Gratton said. “Even though they were nervous about it, they were able to present themselves in a way that was confident and they were excited to share the things that they learned.”

St. Paul’s seventh-graders were also able to lend a hand to their younger classmates by serving as audience members during the presentation.

One speech in particular, about hermit crabs, taught the seventh-graders some new facts.

“Hermit crabs eat bananas,” seventh-grader Malorie Ort said. “I didn’t know that. They can each pretty much any human food.”

“And you shouldn’t pick up seashells on the beach,” Zimmermann added, because there may be a hermit crab living inside of it.

Gratton hopes her students take the skills they learned with RSVP into the future as they go off to high school and college.

“When it comes to high school or even college, they have to give presentations,” she said. “And it helps to even spark some who might want to go into public speaking as they get older.”

She praised the Speak Up program.

“I think, overall, it was a very successful program and I highly recommend it being used for all grade levels,” she said.