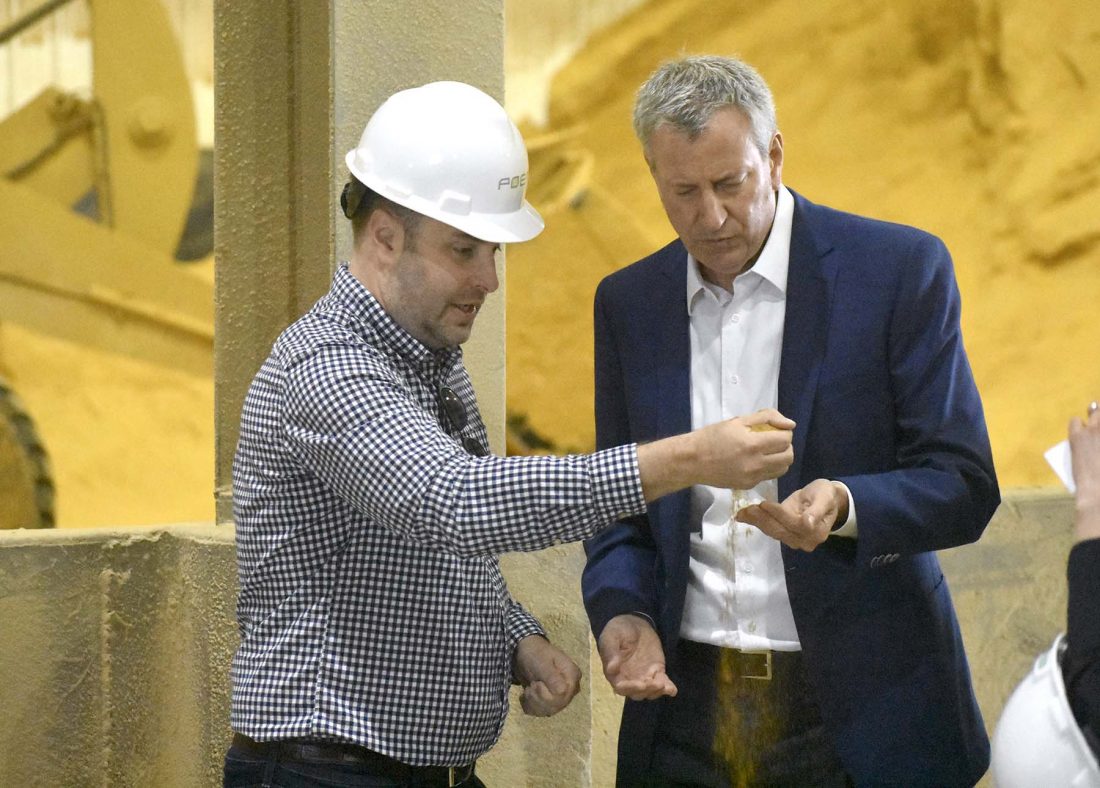 “The Trump administration is favoring the petroleum industry,” de Blasio said during his first campaign stop since announcing his bid for the Democratic nomination for president. “We have to understand what’s going on here. Time and again when there was an opportunity to help the biofuels industry to grow and create jobs in places like rural Iowa, the Trump administration has favored big petroleum companies and that has to end.”

De Blasio said farmers in rural Iowa depend on ethanol plants like POET.

“I met one of the farmers here who comes here — brings his corn,” he said. “He said it’s absolutely vital to his family and his quality of life that he had a biofuel facility that he could bring that corn to near his farm. It’s crucial to his well being. I want to see a lot more farming communities have these type of biofuel facilities. That’s not going to happen if the federal government keeps favoring the big petroleum industries.” 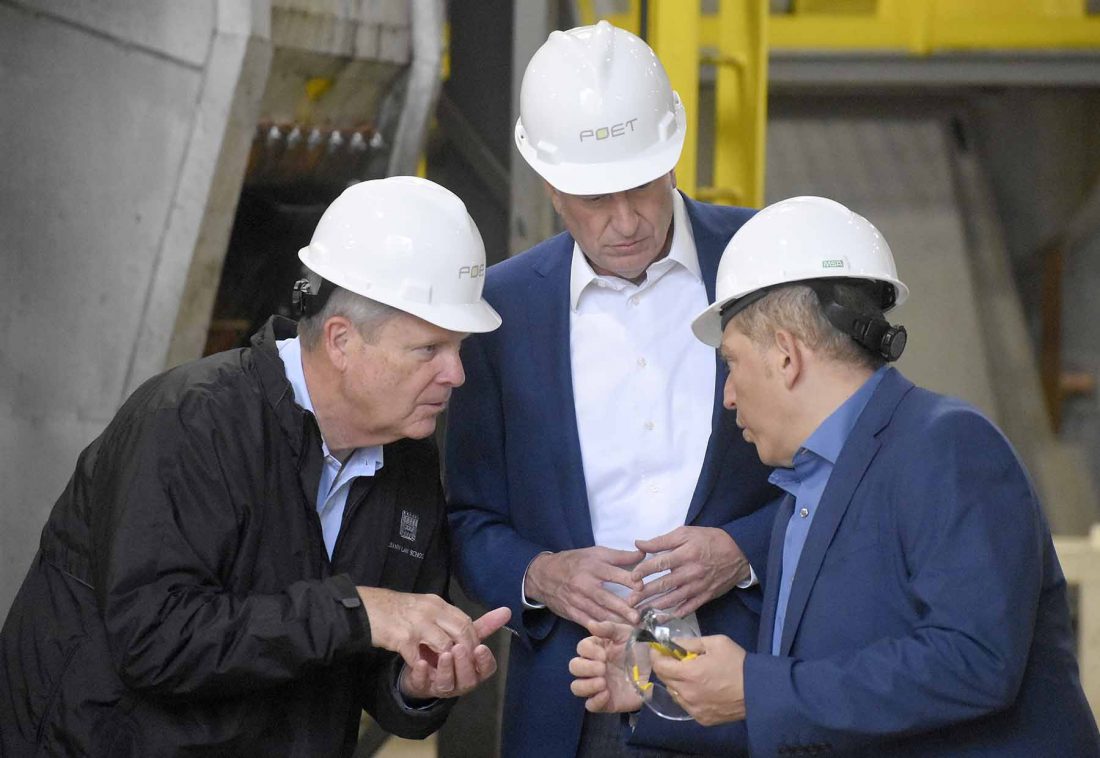 POET can produce 69 million gallons of ethanol a year.

Following the tour, de Blasio spoke briefly to a group gathered outside the plant.

“Biofuels are a really important part of the future,” he said. “What we need to do is get away from fossil fuels, that’s the bottom line. We need biofuels to be a part of our future along with renewables, obviously.”

When asked why rural voters in Iowa should support a mayor from America’s largest city, de Blasio said, “It’s all about working people.” 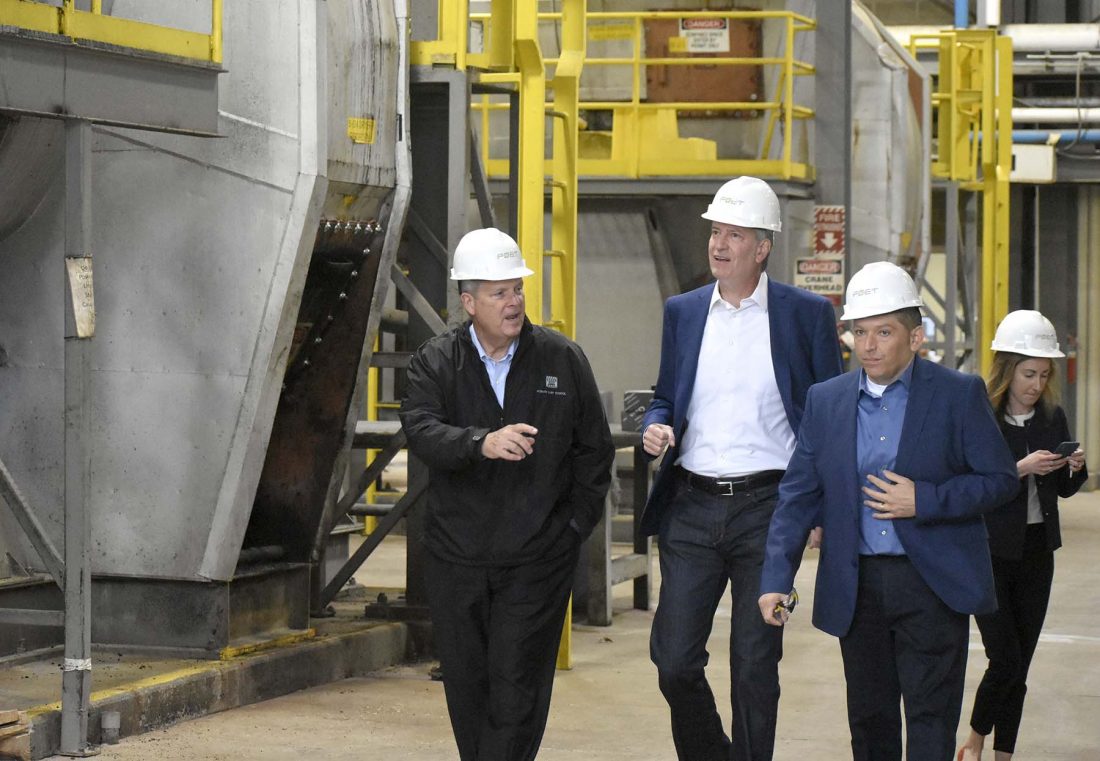 But he said he believes more topics unite Americans than divide them.

“I really believe that,” he said. “When you talk to people here about what they’re going through. There’s a lot of economic insecurity. The tariffs now are really hitting Iowa farmers hard and they want a better lifestyle for their families. They want the government to be on their side. It doesn’t matter where you come from, that’s a universal reality.”

De Blasio criticized Trump for not supporting the working class.

De Blasio said he doesn’t think he entered the race too late.

“There’s plenty of time,” he said. “Maybe to insiders it seems like it’s late, but voters are not really going to make decisions for a long time. They want to hear about change for working people and they want someone who can actually deliver it and I’m saying I’ve actually done it.”