‘With the availability of the cell phones, many people take pictures and videos of different things. Someone might take photos of landscapes. Other people have different intentions.’

-Messenger photo by Hans Madsen
Someone being stalked or harassed might not even realize their picture has been taken.

-Messenger photo by Hans Madsen
While it may not be as obvious as this posed example, stalking and harassment is a very real problem. 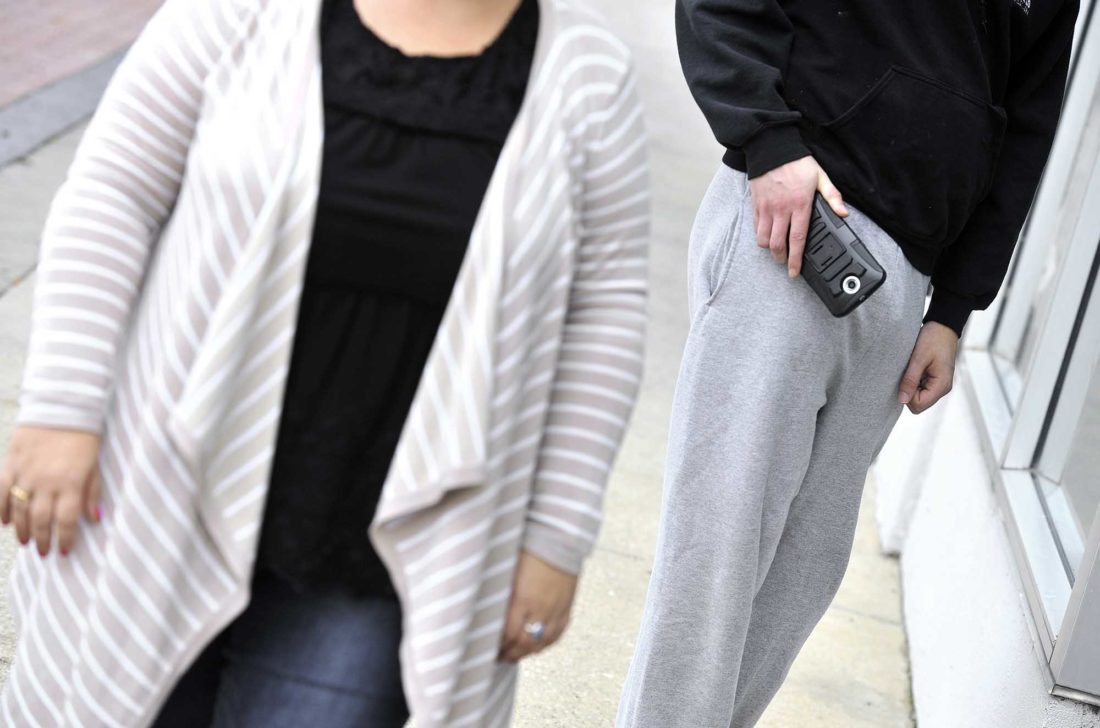 -Messenger photo by Hans Madsen
Someone being stalked or harassed might not even realize their picture has been taken.

A woman shopping at a local grocery store looks up from her shopping cart and notices a person pointing a cell phone camera in her direction, taking pictures or video.

Although odd, she doesn’t say anything.

Later on, that woman sees the same person at another store, again taking photos in her direction.

This time, she calls police.

Episodes such as these have been reported in the Fort Dodge area recently and they have people wondering what can be done about it. 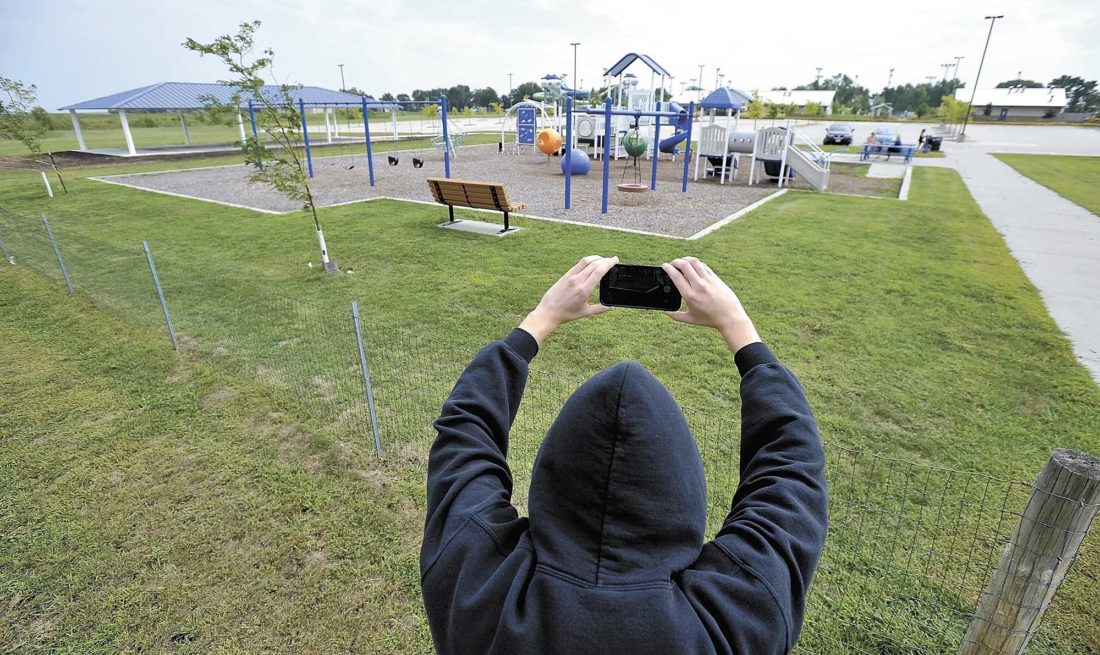 -Messenger photo by Hans Madsen
While it may not be as obvious as this posed example, stalking and harassment is a very real problem.

Capt. Ryan Gruenberg, of the Fort Dodge Police Department, said that depends on the place where the photo is taken and the intent behind the photo.

“We are in a day and age where everyone has a cell phone they can access instantly,” Gruenberg said. “If they want a picture or video, it’s just a matter of seconds for them to be able to do so. With the availability of the cell phones, many people take pictures and videos of different things. Someone might take photos of landscapes. Other people have different intentions.”

He added, “As we have seen recently, for whatever reason, people choose to photograph or video other individuals. The purposes for those could be ranging from one spectrum to the other. It can make people very uncomfortable when you realize someone is taking photographs or video of you and you don’t want to be in that position.”

However, it is perfectly legal for someone to take photos or videos of whatever they want on any public property.

“A lot of these places it’s occurring are very public places such as parks and stores where there’s a lot of people around,” Gruenberg said. “It’s essentially open to the public.”

That can make it difficult for people and law enforcement to determine if there’s any wrongdoing, he said.

But when the intent is clear and can be proven, the person taking inappropriate photographs could face charges.

“For the most part, as far as generalizing photos or videos, you could get a stalking or harassment charge, depending on the nature of what is going on,” he said.

“With any crime, there is a lot of elements to the crime that we need to pinpoint and make sure that the elements of the crime fit the crime. If we come across an individual who is doing such things, we need to be able to put that action within the elements as far as do these elements match the crime and are they committing a crime the way the law is written. Part of that has to deal with the intent of the person. What is their true intentions of doing the video or picture and that’s a big aspect of how it could proceed criminally if it needed to.”

For people taking photos in areas where people may be in them, Gruenberg suggests telling other people in the immediate area.

“If someone is taking photographs as a hobby, it might be a good idea to give people the common courtesy that they will be taking photos of the area or the landscape,” he said. “If someone doesn’t say anything or is sitting by themselves, that could make them feel uncomfortable.”

For the person being photographed, there are a couple of options to try to diffuse the situation.

One option is to confront the person taking the photos, according to Gruenberg.

“Some people take it to the extreme of confronting the person that’s doing it,” Gruenberg said. “We have seen where that can turn out just fine or it could turn into an even worse situation, where a fight starts or something of that nature. Depending on the situation, that’s something you could do is confront them.”

He added, “If you are with a group of people and you feel safe in the fact you can confront the person without a situation getting worse, that’s an option.”

But, Gruenberg said, if you are alone try to find someone else to at least make them aware of what’s happening.

“If you are in the moment, if you are in a situation where you can’t really do anything about it, grab someone else in the store or the park,” he said. “If you are alone, maybe find someone else to congregate with or at least be in their presence to let them know what’s going on. That would separate yourself from the situation. At least you’re with a group.”

Above all else, Gruenberg said, people should not hesitate to call police.

“First and foremost, just like with anything, we try to let the public know no matter what the situation is, if you see something say something,” he said. “Anything that seems suspicious or odd, we encourage everyone to contact law enforcement immediately and we will follow up on that the best we can.”

In terms of reports to police on these types of incidents, Gruenberg said there haven’t been very many. But he said that doesn’t mean it’s not happening.

“As far as reporting to law enforcement, we don’t really get a lot of reports of this nature,” he said. “We kind of hear them secondhand or someone informs us of a Facebook post that has occurred and they provide a copy of it and we work backwards into it.

“Occasionally, we do get calls specifically on an incident, but a lot of things we come across are people that post on social media basically warning other people that something happened at a certain park or store that day. They might not necessarily be wanting to report it to law enforcement, but they are wanting to at least spread the word of something that has happened and to be on the lookout.”

He said people may not report the incidents to police in part because they know a crime may be difficult to prove.

“Hard to say what might be causing that,” he said. “Taking photographs and videos is not illegal in and of itself and I think a lot of people know that and realize that and they may realize that this person may be taking a picture of this person. But it’s not a criminal act, specifically to do that. They don’t want it to go beyond that, obviously, but they may not feel it’s a criminal act to the point where police should get involved.

“It’s just suspicious enough and odd that they should let other people know about it.”

Numbers you should know

Tips can also be sent anonymously online at wccrimestoppers.com or by texting LEC and the tip to 274637